CCAD students provide Brothers Drake a taste of something new 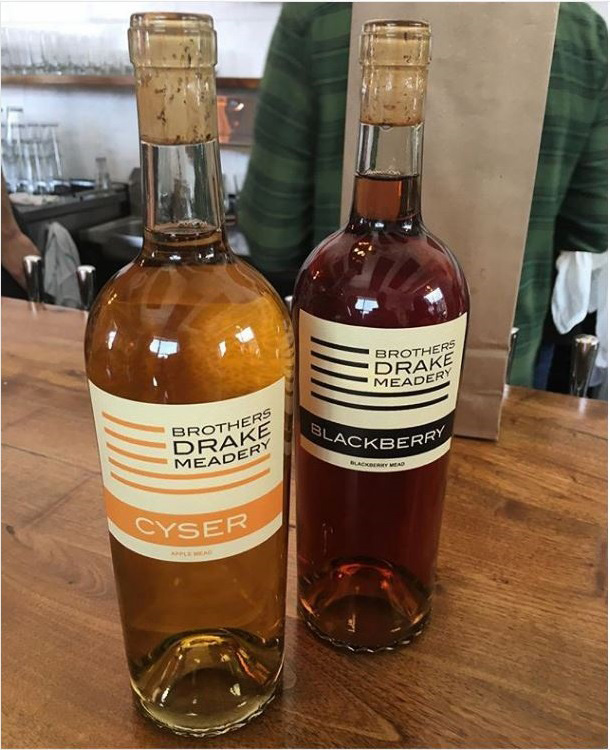 When Brothers Drake Meadery decided to update its packaging and branding, it turned to a pair of Columbus College of Art & Design students for help. Sierra Clark and Kelly Kistler (both Advertising & Graphic Design, 2017) blew the tops off of their senior thesis project in the partnership.

The two worked with the Columbus-based meadery to update its identity to better reflect the flavor of the meadery. Clark and Kistler also assisted in market research to determine Brothers Drake’s target audience.

“Using the insights that we gained from the interviews, we designed the new logo mark as well as the new label on the bottle,” said Clark, now working as a Junior Art Director for McCann Worldgroup/[email protected] in New York. With a few tweaks, Brothers adopted the design, swapping out a previous logo for one that evoked the American Flag. Bottles with the new label made their debut at Brothers Drake’s Short North HQ on National Mead Day, Aug. 5.

For their thesis show at Chroma: Best of CCAD, Clark and Kistler set up a mock speakeasy — replete with warm lighting, a live jazz pianist, and mead samples — to recreate Brothers Drake’s atmosphere.

“It was a great way for Brothers Drake to get their name out there to people who many have never tried it before. People were amazed at how the classroom was transformed,” said Clark.

And it was a hit — their thesis was picked as a Judge’s Choice winner that evening.

“We had an excellent time working with them and know they will make an impact on many people in the future with their work,” Brothers Drake said on Instagram.