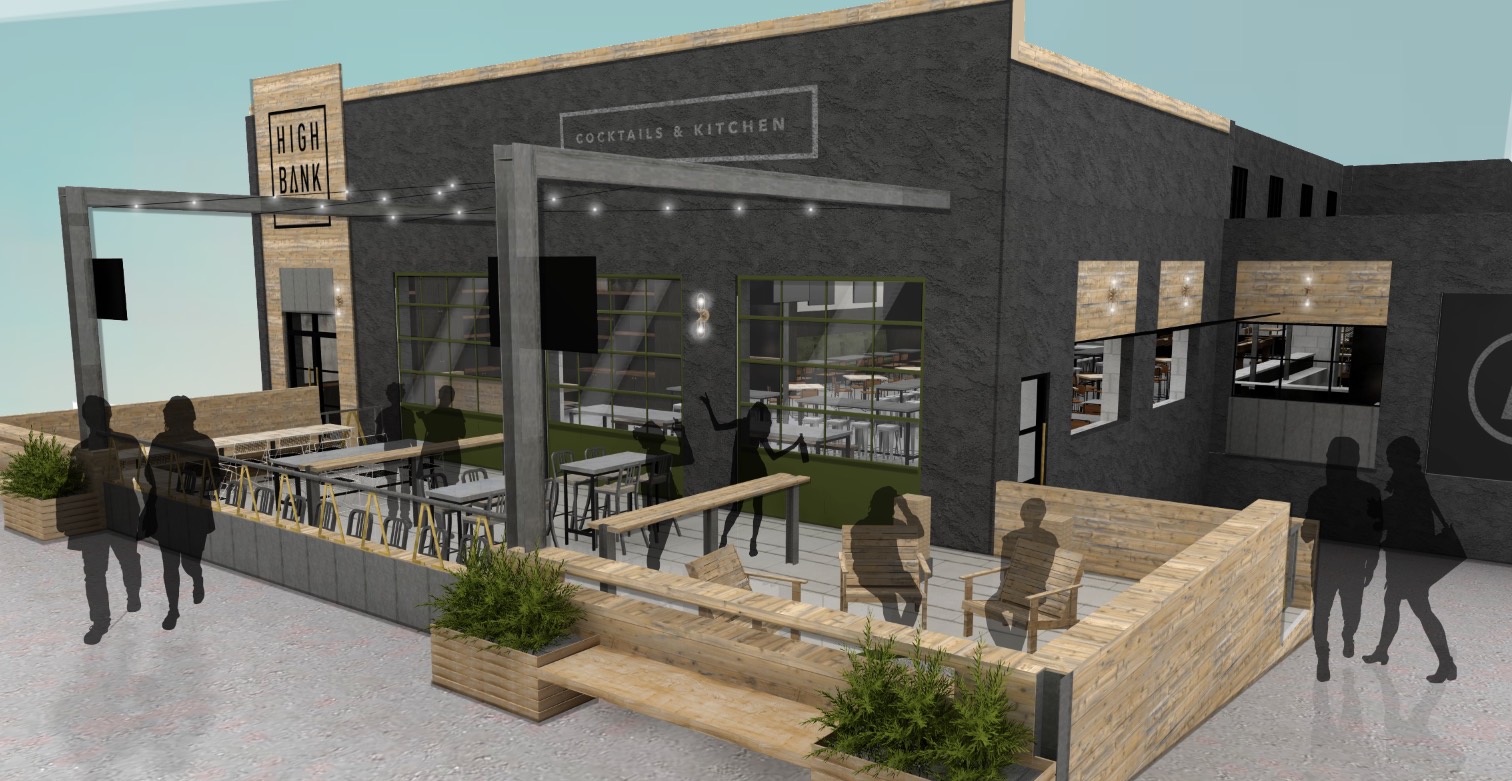 In late spring, Columbus will have an exciting new addition to its spirits scene. That’s when High Bank Distillery Co. will open its doors at 1051 Goodale Blvd. in Grandview. It will feature a bar, restaurant, and game space, said co-founder Adam Hines (Advertising & Graphic Design/ Visual Communication, 2007), as well as a bevy of unique beverages to taste test, like craft cocktails, an organic vodka, and custom-blended rye whiskey.

We caught up with Hines to talk about how his new High Bank adventure — which is just one of many that have caught on thanks to his creative spark — and how CCAD prepared him to turn his design skills into entrepreneurial success.

“I just have a passion to create, no matter the medium,” he says. “I'm excited for the opportunity to blend my creative skills.” 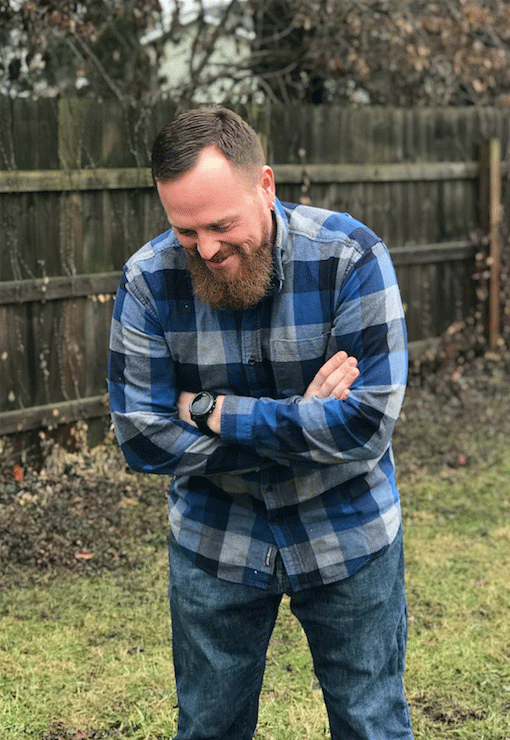 What inspired you to open your own distillery?

I have always been fascinated with the craft brew and distilling markets. It all starts with the bottle and label designs for me (and the delicious flavors inside… haha). After taking two semesters of packaging design, I debated on switching majors from visual communication to industrial design because I enjoy using my hands to create, just as much as using the computer. Distilling and managing the brand of High Bank allows me to be creative with all of my senses, and it's been a welcomed change.

About five years ago, I left the agency life and started States of Design, a brand and design consulting business. Shortly after that, I started to work with Jordan and Natalie Helman, who hired me to create and manage their Zest Juice Co. brand here in Columbus. It was through that relationship that Jordan and I realized we worked very well together and we both had the same passion for the local craft scene.

At that point, that's all it was — just a passion. My dad has lived in Louisville for the past 10 years and I travel down there regularly. During those visits, I have been on at least 25 distillery tours and that really planted the distilling seed. Once Jordan and I agreed that we wanted to pursue opening a distillery three years ago, I've done as much hands-on learning as possible. I've read books, taken several classes of training at Moonshine University, and shadowed the owner of Black Button Distilling in Rochester, New York, for several days, in addition to coming up with my own recipes. 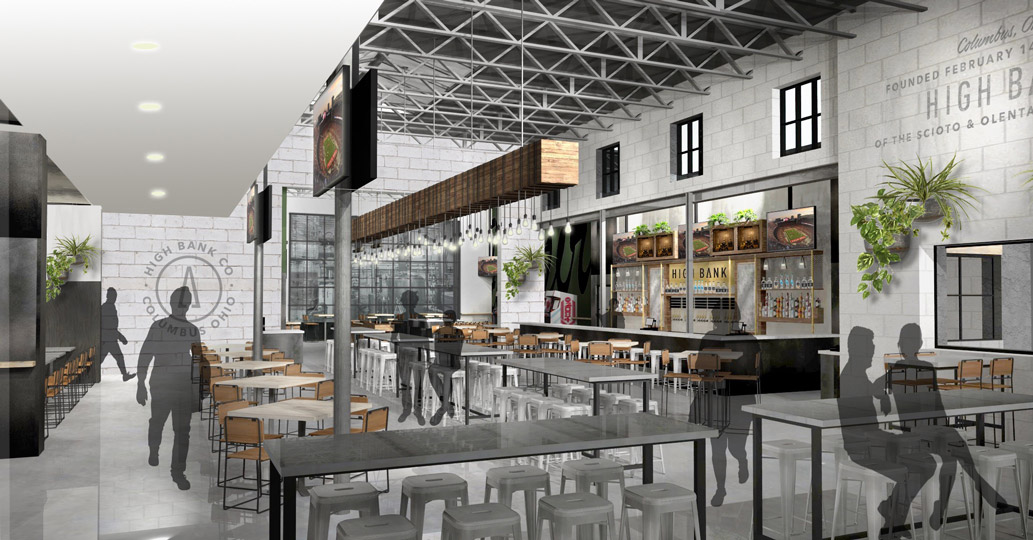 High Bank Distillery will have a full-service bar, restaurant, and game area which will feature elevated, casual food offerings with an emphasis on locally sourced ingredients and a balance of both indulgent and healthy options.

We will also have a distinguished craft cocktail menu that will feature both classic cocktails and our own in-house creations. If cocktails are not your thing, don’t worry, we will have plenty of beer, wine, and non-alcoholic options as well.

Upon opening, we plan to launch an organic vodka, organic gin, and custom blended rye whiskey. Simultaneously, we will be distilling and barreling our own handcrafted bourbon to be released once it has fully matured (in a few years). 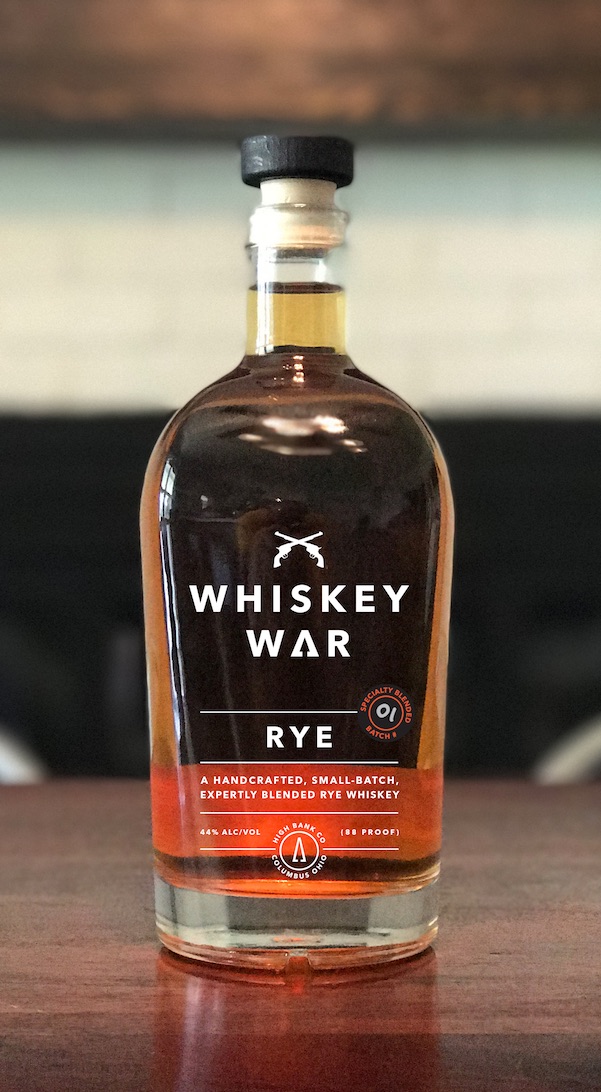 Why is it named High Bank?

When Ohio forged plans for the state capital, the area known as Franklinton was a primary consideration due to its close proximity to the water and pre-existing infrastructure. After much consideration, they concluded the risk of flooding was too great. On Feb. 14, 1812, the state legislature accepted plans to lay out the capital, now known as Columbus, on the High Bank, opposite Franklinton, at the fork of the Scioto and Olentangy rivers. We will be taking the same uncompromised approach when selecting each ingredient to create every plate of food, crafted cocktail, and bottle of High Bank spirits. 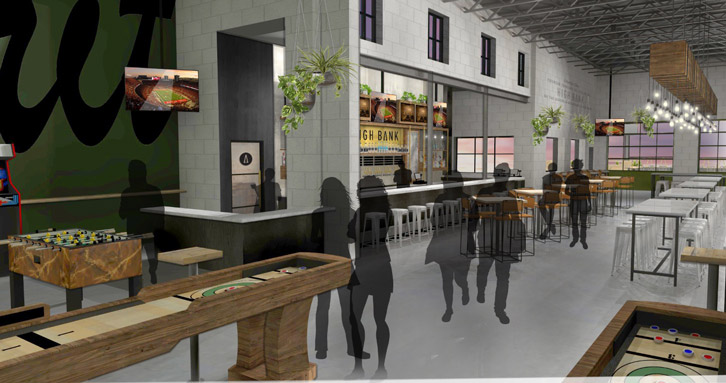 How did CCAD prepare you to take these risks of opening your own businesses?

CCAD made me a communicator. It taught me how to clearly communicate an idea in a way that draws others in and makes them excited to be a part of it. I always say, "Your brand is the sum of everything you do, so do it well," and that's what has helped me create a track record of excellence.

Keep up to date on High Bank Distillery Co. on Instagram here.