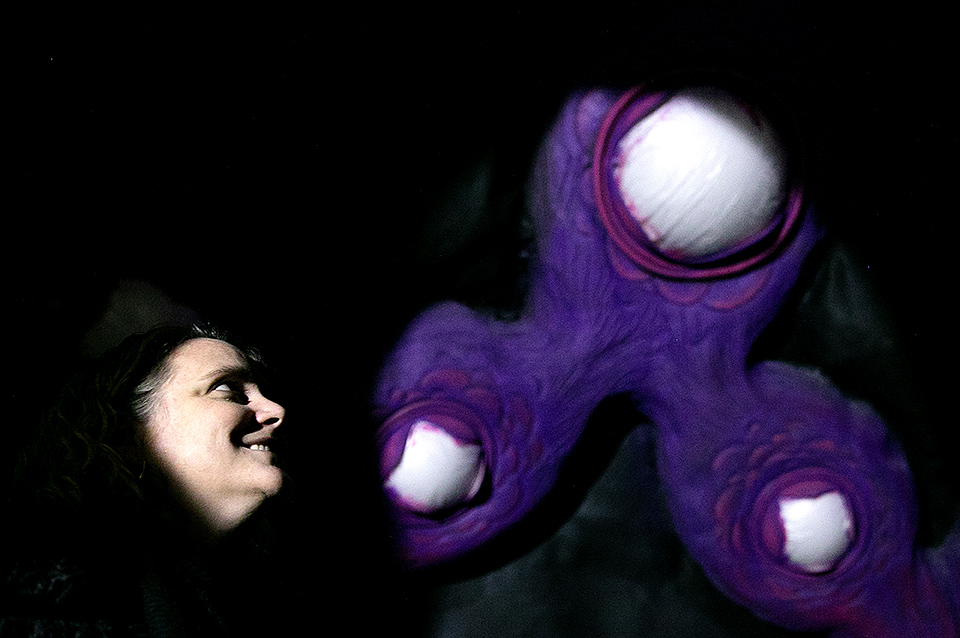 Otherworld, the much-talked-about new art installation-meets-escape-room-meets-haunted-house-meets-playground-for-grownups sits in an otherwise-abandoned strip mall parking lot on Columbus’ East Side. The building housing Otherworld previously was home to a Sports Authority and its exterior gives little indication of the wild scene—make that scenes—inside the 40,000-square-foot space.

And playing a key role in it all is Columbus College of Art & Design grad Scott Schaaf (Illustration, 2017), Art Director for the $2 million project, which has drawn raves from the likes of the New York Times and Thrillist (which named it “One of America’s Best New Attractions), not to mention a slew of media outlets from around Columbus and Ohio.

Otherworld just opened to the public a few weeks ago, but, before it did, Schaaf provided CCAD a sneak peek of the experience, touring a maze of rooms that include infinity mirrors; computer-generated special effects; giant, oversized fuzzy monsters; music; and so much more. 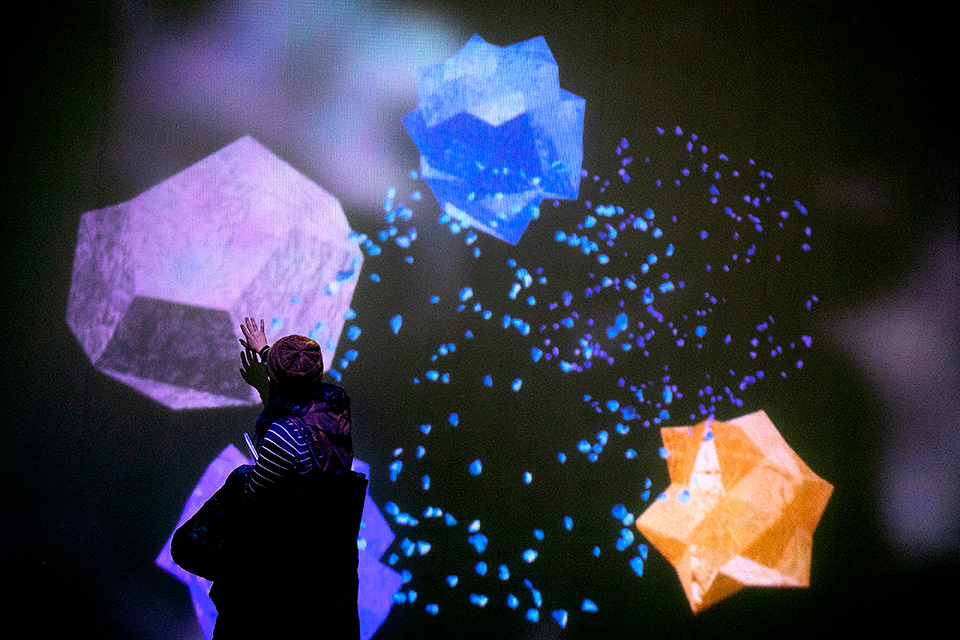 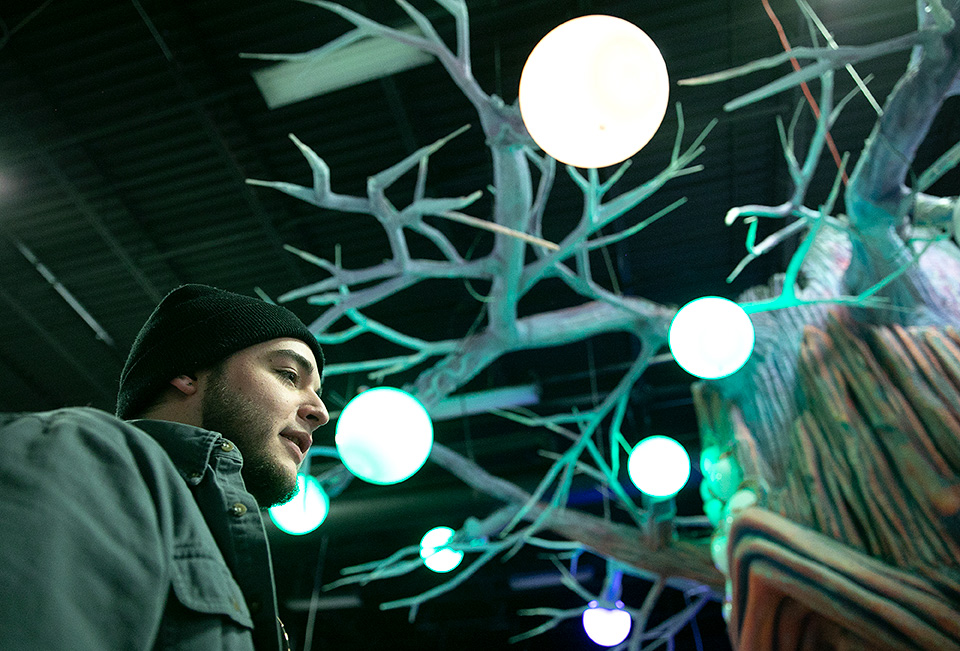 The artist-designed spaces can be explored and enjoyed on their own, or as part of a loose narrative, which Schaaf described to Columbus Alive in a recent cover story as such: “There’s this tech startup that discovered a way into a different dimension through dreams. You, as the user, are the beta tester for this new kind of experience, but as you get there you can already tell something went completely wrong. So, as you’re walking through, it’s almost like the dream world started taking over the facility and then you see these clues about these different characters trying to work out where they are or what they want to do with this kind of technology.”

Schaaf worked for an experiential marketing firm for a year after graduating CCAD. Otherworld, he says, “is way more fun.”

The fun includes a mock church (“my baby,” says Schaaf) with a sodium light that, when illuminated, inhibits the perception of color in the space, turning everything and everyone into a monochromatic scene.

Otherworld is designed to be family friendly and to take a beating—with steel framing large sculptures. Even with that level of protection, “It’s really nice being the designer, not the maintainer,” says Schaaf.

Not that it wasn’t without its novel challenges, which involved no small amount of trial and error. “A lot of it was experimenting. Answering questions like, ‘How do you fire-safe a giant fluff monster?’” Schaaf says.

Find Schaaf’s answer to that and other creative questions at Otherworld. Tickets are on sale now.

Learn more about Illustration at CCAD or apply here.