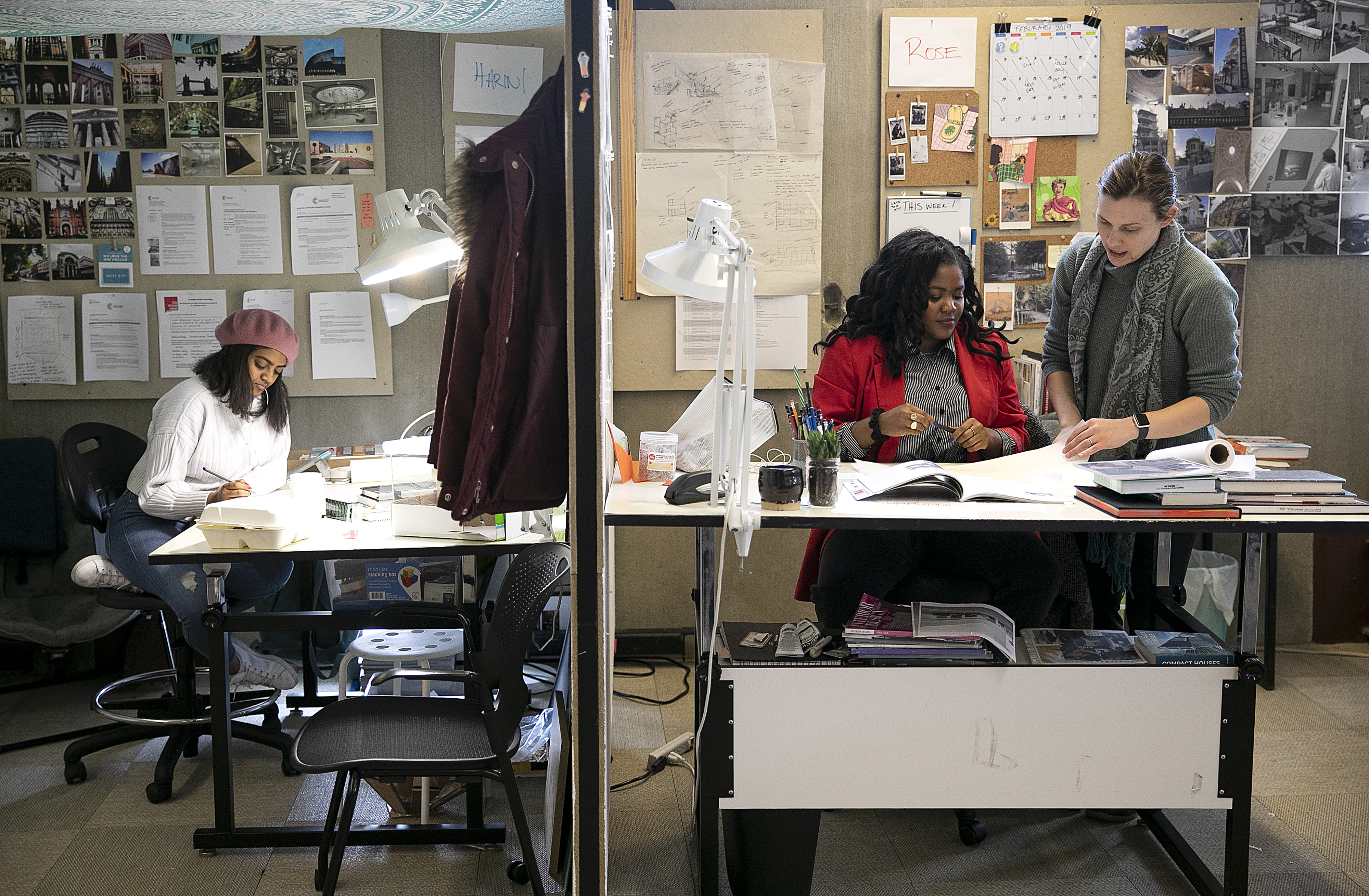 Columbus College of Art & Design’s origins can be traced back to a group of women who harnessed their passion for art and education to found the Columbus Art School in 1879. And now a pair of generous gifts from two philanthropists, Loann Crane and Alexis Jacobs, will transform the college’s future, building upon CCAD’s legacy as a place where students unleash their creative power, shaping culture and commerce for decades to come.

These gifts not only impact CCAD, they also have made waves within the Columbus philanthropic community.

“What brilliant clarion calls of celebration these gifts are for an institution of such immense value and importance to our community—by two very independent and discerning women of influence,” says Doug Kridler, president and CEO of The Columbus Foundation.

Jeni Britton, chair of CCAD’s Board of Trustees and founder of Jeni’s Splendid Ice Creams, says the philanthropic gifts from Crane and Jacobs help CCAD do what the college does best: grow talented, hardworking artists and designers who value collaboration and provide learning in state-of-the-art facilities. “This is an investment in the future of the college and in the generations of graduates who will go on to create that future,” she says.

A legacy of success, an investment in the future

Women leaders are in CCAD’s DNA, and it is significant that Crane and Jacobs’ gifts—among the largest single donations in CCAD’s history—come at a time when the college is steered by women. Dr. Melanie Corn is six years into her tenure as CCAD’s first female president, 11 members of her 15-person Senior Leadership Team are women, and even the college’s student population is predominantly female—in 2021, 58% of CCAD students identified as women. In short, CCAD would not be where it is, so ably prepared to address the needs of tomorrow, without women’s philanthropy and leadership.

Loann Crane was a longtime benefactor of CCAD and other arts, education, and social justice nonprofits in the Columbus area; the Loann Crane Center for Design, which opened in 2005 on CCAD’s campus, is just one example of her support through the years.

Crane joined CCAD’s Board of Trustees in 1981 and became the first woman to chair the board. In 2017, she was recognized for her longtime support and many contributions with CCAD’s Spirit of Denny Griffith Award. “It has been a great joy for me to watch the school and be a part of it,” Crane said at the time, remarking upon students’ impressive skills. “My jaw drops each time I see their work.”

Jacobs, a central Ohio native, started her career alongside her father, and she went on to grow and lead the company he founded, Columbus Fair Auto Auction. Through the decades, Jacobs built a reputation as a savvy businesswoman, and like Crane, she was known to support nonprofit organizations around central Ohio, first connecting with CCAD in 2005, when the college hosted Wheelz, an exhibition highlighting exotic cars and motorcycles as art.

At CCAD, Jacobs, who also was known as a fashion maven, supported student scholarships and the college’s Fashion Design program and its annual CCAD Fashion Show. Jacobs played an instrumental role in building CCAD's Design Studios on Broad as well. "I continue to be amazed by the talent at CCAD," Jacobs told CCAD’s alumni magazine in 2012. Kridler notes, “The steadfastness of Loann’s support speaks volumes about the enduring nature of CCAD’s proven contributions to our community and to the lives and futures of its students. The surprise nature of this gift by Alexis shows that powerful impressions were made over the years by CCAD’s leadership, students and faculty, noted quietly but expressed in this way, in dramatic dimension of support, true, too, to Alexis’ character.”

Talent such as that recognized by Crane and Jacobs and so many other CCAD supporters is in no short supply within CCAD’s diverse student body. And The CCAD Way—the term describing the college’s guiding principles of Creative Collaboration, Intentional Inclusivity, and Proven Potential—activates and transforms that talent, creating an educational experience that benefits these emerging creatives as individuals, and that propels growth in our region’s economy.

“Art, and the art perspective, is critically important for any city and always has been, but it’s even more important now. The future, no matter the industry, will be created by artists, and Columbus will lead the way thanks to visionaries like Loann Crane and Alexis Jacobs,” Britton says.

“The passing of both of these women during the past year is an incredible loss for the Columbus community,” says CCAD President Melanie Corn. “But thanks to Crane and Jacobs’ financial support during this critical time in history, CCAD students, and the greater community, will flourish.” Their gifts will aid CCAD in supporting students throughout their education and help the college create spaces that better support the evolving nature of an exceptional art and design education.

Indeed, through their generosity, Crane and Jacobs have not only honored CCAD’s 143-year legacy, they have supported a better future for CCAD students—and for all of Central Ohio.