World-class speakers and where to find them

Being in Columbus means getting to hear from some of the biggest and brightest brains in the world, starting right here at CCAD. We’ve compiled a list of some of the speakers and lecture series you can attend for free or low cost in Columbus, at colleges and universities and through the city’s vibrant cultural institutions. 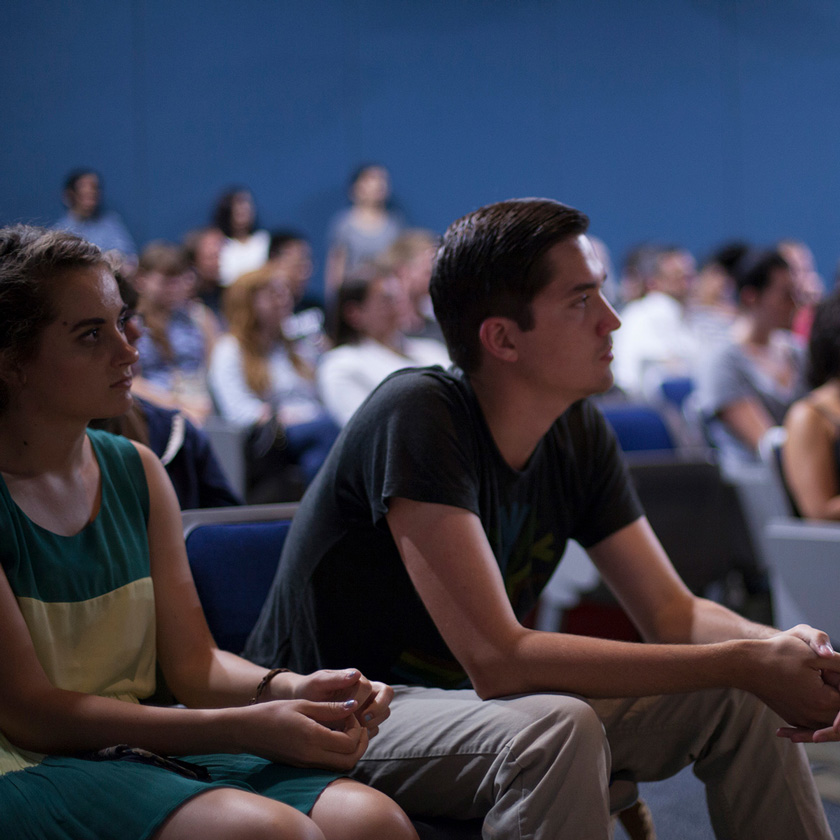 Humorist, cartoonist and fiction writer James Thurber was born and raised in Columbus and spent several years of his life in what is today known as Thurber House. The house is part museum and part think tank, hosting writers-in-residence and visiting authors. Evenings With Authors series tickets cost $18 for students. Past visitors have included Susan Orlean, Alexander McCall Smith and Isabel Allende.

Wexner Center for the Arts

The contemporary arts center at Ohio State University is so much more than a gallery. It also plays host to visiting filmmakers, artists and thinkers who might introduce a film and lead a discussion about it afterwards or who might appear in conversation on the stage at Mershon Auditorium. All events are either free or low-cost (your CCAD ID will get you reduced pricing to ticketed events and free admission to the galleries at all times, among other perks). Children’s book author and illustrator Mo Willems visited in August, and artist Inigo Manglano-Ovalle will be at the Wex in October.

In addition to special one-off visits by artists, the museum hosts a regular series called Wednesdays At 2, which features talks by professors and curators on themes of current exhibitions in the museum. Chief curator David Stark gave a few talks about a recent Picasso show, and Kent State University professor Sara Hume talked about fashion during World War I, another tie-in to the Picasso show. And with your CCAD ID, you’ll get free admission to the museum.

This worldwide event has an active and well-attended branch in Columbus. Pecha Kucha speakers’ talks are grounded in a format of 20 slides that are presented for 20 seconds each. From there, the possibilities are endless. Speakers have discussed art projects, personal experiences, community building, food systems and policies, travel and many other aha moments. Add food trucks, local crafters and makers and a few hundred engaged and excited people, and you’ve got a magical evening. Plus, it comes with a low price tag: a $2 donation.

Columbus has a thriving jazz scene. At the center of it all is the nonprofit Jazz Arts Group, which encompasses jazz performance and education. Some of the best events of any season are the free Offstage at the Academy performances and talks by visiting musicians. Get to know the artists’ influences and backgrounds in an intimate setting that will make their music that much more meaningful. Evan Christopher and Jamison Ross visit in October.

Get your nerd on with this free, public lecture series featuring Ohio State and visiting scholars riffing on all manners of scientific topics. The aim of the series is to make science interesting and accessible to everyone. Upcoming speakers include Sian Beilock, the bestselling author of Choke, speaking about how to perform your best under stress, and Cara Malek, who supervises DreamWorks’ character technology team, whose talk is titled “How Would a Dragon Fly? The Science & Art of Rigging Animated Characters.

Take a little road trip up north to the gorgeous Perkins Observatory for this lecture series by astronomers at Ohio State and Ohio Wesleyan universities. Topics include “Has Anyone Ever Told You That You Are Star Material?” and “Three Ways The Sun Could Destroy Us.” Reservations are a must. Tickets are $10 each, or you can get a discount if you subscribe to the entire series.

This fascinating free series of lectures by Ohio State and visiting scholars ties music, history, pop culture, religion, social traditions and other topics together in seamless talks. Recent topics include “Ghostly Voices and Enchanting Strains: Music and the Supernatural in the Eighteenth-Century Gothic Novel,” “The Sounds of Consensus: American Pop Music in the Cold War Years,” and “Music Surveyors: A History of Expert Testimony in Music Copyright Litigation.”

This 17-year-old lecture series brings some of the biggest and brightest names to Columbus: Authors Zadie Smith and Wil Haygood, astronaut Dr. Mae Jemison and congressman and social justice activist Louis Stokes are just a few of the people who have spoken in this free series.