Bright work by CCAD grads on billboards, at arts fest

Columbus College of Art & Design alumni are making their mark on the city in a big way this spring and summer. Starting in April, and for about a year to follow, work by five local artists, including three CCAD grads, will be on view on billboards throughout Franklin County as part of the first ArtPop Cbus street gallery.

Meanwhile, another artist with CCAD roots was selected to create a sculptural lighting installation for the Columbus Arts Festival June 9 – 11, 2017. The installation commission, which comes with a $25,000 award, marks a first for the Arts Festival and is made possible with support from American Electric Power. 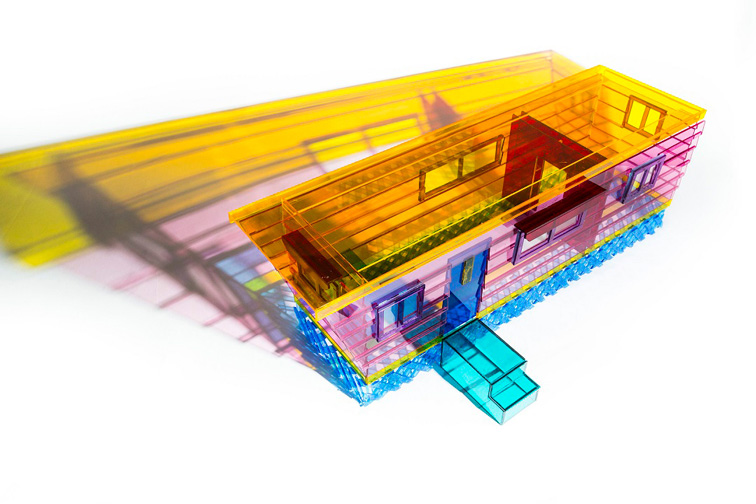 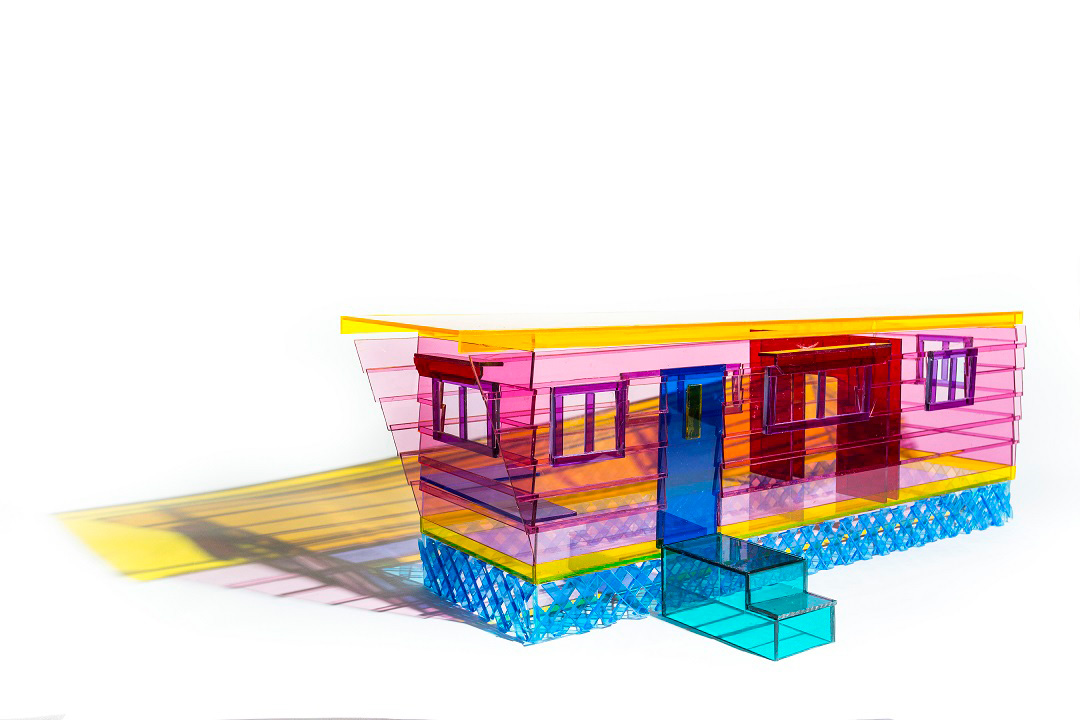 Samuel Wagner (Fine Arts, 2008) and wife Christabel have been selected from 17 applicants to create a sculptural lighting installation for the Arts Festival. That work, Structural Circumstances E.G. 2, will be a 24-by-eight-foot replica of a mobile home made from multicolored, transparent plexiglass and will be located just south of the fountains on the east side of Bicentennial Park. During the day, the natural sun will project colorful shadows of the structure; in the daytime, it will be lit from within.

Samuel Wagner is a native of Vincent, Ohio, in southeastern Ohio; his wife, Christabel, was raised in Hong Kong and New Zealand. Both the Wagners earned Master of Fine Arts degrees from Chelsea College of Art & Design in London.

The Greater Columbus Arts Council's call for entries for the outdoor public art light installation envisioned a project that would be a "celebration of the theme of light and dark in all of its possible forms over the course of a day." Structural Circumstances E.G. 2 is intended to encourage dialog in Columbus and beyond as well as foster a greater understanding among people of different socioeconomic backgrounds.

The message behind the piece, coupled with its originality and scale, set it apart from other entries, said GCAC Development Director Emily Toney.

“Bringing cultural symbols of a neglected people in contact with the highbrow art world enables us to have a conversation about beauty, faith, and principles with a wider audience,” Samuel Wagner said in an Arts Festival press release. “We hope that this mobile home, as a symbol of rural poverty, lets those from small communities see their culture through new eyes, as potentially beautiful, even spiritual.”

Art Heads to the Streets

Work by five Columbus-area artists has hit the streets in the city’s first ArtPop street gallery, the result of a partnership among the Greater Columbus Arts Council, Lamar billboards, and the Art Makes Columbus/Columbus Makes Art campaign.

"The goal of the Art Makes Columbus/Columbus Makes Art campaign is to help Columbus connect with the talented creatives in our community. By providing an opportunity of large-scale public exposure like this, we are increasing people's awareness of artists and their work," said Jami Goldstein, GCAC Vice President of Marketing, Communication, and Events.

The winning artists include David Butler (Illustration, 2006), Cody F. Miller (Illustration, 1995), and Kate Morgan (Media Studies Still-Based, 2008), who were chosen from 33 applicants for the project. The winning artists’ work was set apart thanks to their vibrant color and intriguing design, said Goldstein. The designs will be on display on print billboards beginning in mid-April, changing locations as space becomes available.

The work was selected by a committee composed of representatives from GCAC, ArtPop (a national nonprofit), Lamar, and two at-large community members.