Columbus College of Art & Design and the Ohio Film Group (OFG) have teamed up for several years to facilitate real-world work experiences and potential employment opportunities for CCAD students and graduates.

Starting in fall 2018, that connection will be even stronger.

Designs for the new Cloyd Family Animation Center include a window that looks directly into OFG’s offices, where experts like VFX Supervisor Nasheet Zaman work. (Zaman also works at CCAD as Visiting Faculty in the Animation program.) So student animators will witness their future careers in motion every day, and they’ll work closer than ever alongside OFG’s professional animators and filmmakers — some of whom were in the students’ shoes not too long ago.

We caught up with two of them, alumni Keith Richner and Ryan Evans, for a sneak peek into their work and how CCAD was integral in helping them land at OFG. 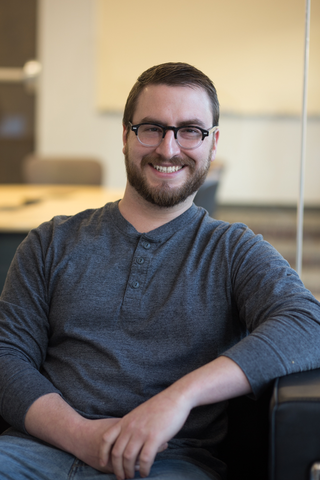 Keith Richner has completed VFX work on the films Arsenal and The Life and Death of John Gotti during his time at OFG and has lent his diverse set of skills — from musical composition to visual effects — on shorts and theatrical features. Keith Richner completed his MFA at CCAD, where he also made his solo directorial debut of a live action and animation film titled The Bridge.

What are some of the coolest parts of your job?
Being a smaller studio, there are many opportunities to explore different roles and wear many hats, which is perfect for me. I love doing something different now and then.

What's the most interesting project you’ve worked on at OFG?
For a film called First Kill, we had to re-create a drone shot in Maya from scratch because the camera had an issue while filming. The shot included an entire forest and two characters walking into the trees. It was extremely complicated and time consuming, but I learned a ton.

How did going to school at CCAD help you land a job at OFG?
The MFA program at CCAD allowed me to do whatever I wanted, which was to create a short film with a ton of VFX shots in it. OFG opened my during my second year. It was serendipitous.

Can you talk about the partnership between CCAD and OFG?
For students interested in animation, film, TV, and commercial work, OFG is an extremely valuable resource and probably the only place in Ohio that offers these opportunities. I am excited to see more opportunities open up for CCAD students and Ohioans in general, especially in regards to film. 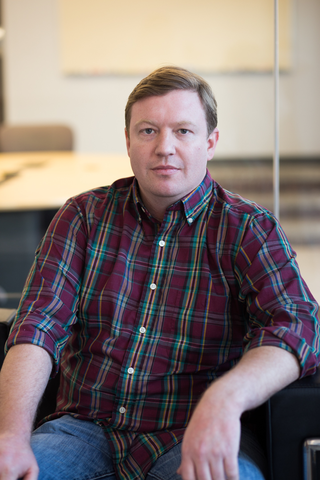 As the Senior Dailies Operator at OFG, Ryan Evans handles workflows for films such as My Blind Brother, The Bye Bye Man, and Aftermath. He also does editing, VFX, and 3D modeling/texturing work as part of his duties with OFG. Evans has also worked as a freelance photographer and motion graphics artist and produced, directed, and edited a documentary for The Ohio State University about the life and works of artist James Castle.

What are some of the coolest parts of your job?
Getting to work on feature films and continuing to learn about the filmmaking process.

How did going to school at CCAD help you land a job at OFG?
CCAD is where I met Leonard Hartman and, later, Gilbert Cloyd, the two founders of OFG. Our school class was working closely with Len at the time, and I called him after I graduated.

Can you talk about the partnership between CCAD and OFG?
We have a lot of really talented interns come through OFG, and many of them have either gone to CCAD or plan to. CCAD was critical in the building and sustaining of OFG. Leonard Hartman and Gilbert Cloyd partnered with CCAD make this type of work in Columbus possible.