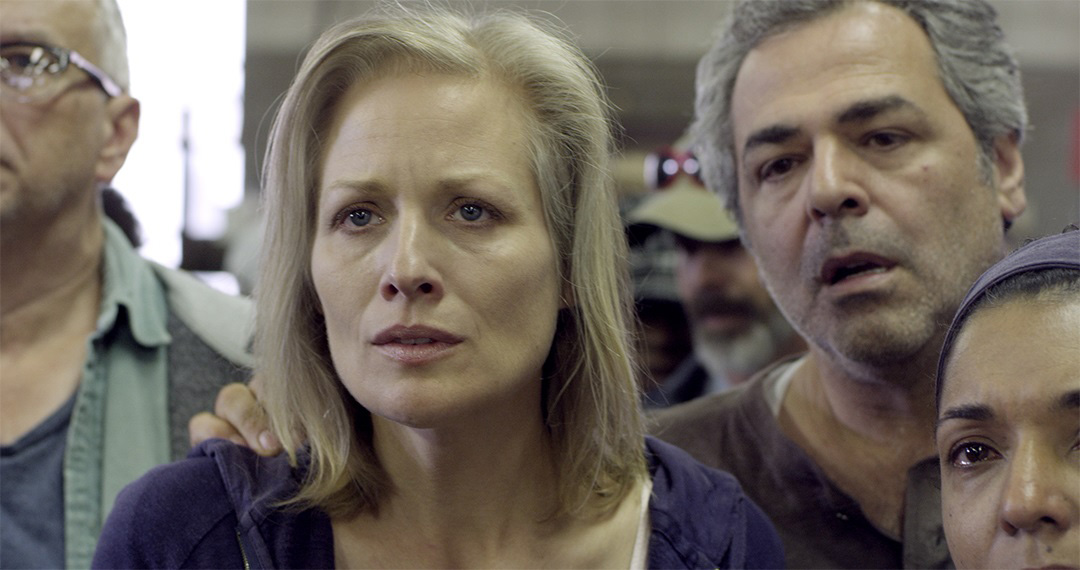 Update, 2022: The Street Where We Live is now available on DVD. Find it on Amazon, Walmart, or DeepDiscount.com.

The Street Where We Live, on screen Friday, April 21, as part of the Columbus International Film + Video Festival, follows Mary, a single mom with two kids who struggles to keep her family together in the aftermath of the national financial crisis.

This movie was borne out of its makers’ own financial challenges: After funding stalled on their independent crime drama Star and the Snowman, they decided to move forward with a new film. The resulting work, shot over nine months with production wrapping in June 2016 (and with a notable presence from Columbus College of Art & Design faculty, students, and grads behind the scenes), is a timely examination of the reality faced by those navigating economically uncertain times.

The Street Where We Live stars Kristina Kopf, Katie Stottlemire, Dylan Koski, and Dino Tripodis (who also shares credits as one of the film’s writers and producers), and is directed by John Whitney (also a co-writer and co-producer). Cinematic Arts Assistant Professor Phil Garrett is also a producer on the work, Gil Whitney is the movie’s cinematographer, Alexis Schuknecht (Illustration, 2015) is its production designer, and JÃ³sep GÃ­slason composed the movie’s score.

Whitney and Garrett and recently sat down and answered a few of our questions via email (collectively, and as individuals) in advance of the movie’s screening.

Why was this story important to tell?

Whitney: This story was important to me because I know people that have lost their jobs and have struggled to make ends meet, while being unemployed long-term, and I thought that story would be interesting to tell.

Garrett: As always, our collaborations are films about people at a crossroads, struggling with forces beyond their control.

The CCAD connections here run deep. How did that come to be?

Garrett: It was a no-brainer for me to reach out to recent alumni Schuknecht, Naomi Rossman (Cinematic Arts, 2015), and Hunter Preston (Advertising & Graphic Design and Cinematic Arts, 2015), students I’d worked with who excelled in their craft and were eager to work on a feature film. Alexis was the film’s production designer, Rossman was the editor and production coordinator, and Preston served as camera assistant and focus puller.

Were there particularly challenging moments while making this film?

Typically, you will make a film, you prep and shoot the film in a number of continuous weeks, but in this case, the process happened over the course of a year. Visual continuity was one of the biggest challenges because people, our actors, change over time. Continuity of the production was also a challenge. We were fortunate to work with actors and crew who committed to the process and time involved to make the film.

Fun challenge fact: Our picture car, a 1983 Mercedes Turbo sedan with 346,000 miles on the odometer, and which is like a character in the film, broke down a number of times.

This was filmed in Columbus. Will people see any familiar landmarks?

The film was shot entirely in Columbus — primarily in Clintonville — and a few days in Upper Arlington and Grove City. If you look closely, you’ll see a number of recognizable businesses, such as Longview Barbershop, Weiland’s Market, and a lot of the Indianola Avenue area in Clintonville. We shot inside of Bernie’s Garage and Body Shop, India Oak Bar & Grill, Global Gallery, and Huffman’s Market. On a bittersweet note, Columbus Col-Weld served as the location of “Barnheart Tool and Die” in the film, a fictional company that shuts down after losing a contract with General Motors. In the time since we wrapped production on the film, Columbus Col-Weld has since closed its doors.

What’s the significance of being accepted into the CIF+VF?

It’s comforting and humbling to have the world premiere of the film in the city in which the film takes place.

Why is it meaningful to show this on the big screen?

Films are made to be seen on the “big screen.” That is part of the nature of cinema. Its images are composed for the big screen and it makes any story feel to some degree “larger than life.” There is also something profound about the ritual, communal experience of seeing a movie in a darkened theater with an audience. As filmmakers, it is rewarding to sit amongst a crowd and watch them watching the movie, see and hear their reactions, and to know immediately how you have affected them. Some have likened it to sitting around a campfire, listening to a story. There’s a comfort and excitement to it.

Founded in 1952, the Columbus International Film + Video Festival is the oldest film festival in the United States. Presented by Columbus College of Art & Design, the festival, which runs April 19 – 23, 2017 showcases independent student and professional films from around the world. Buy a pass to the entire festival, or purchase tickets to individual screenings, here.