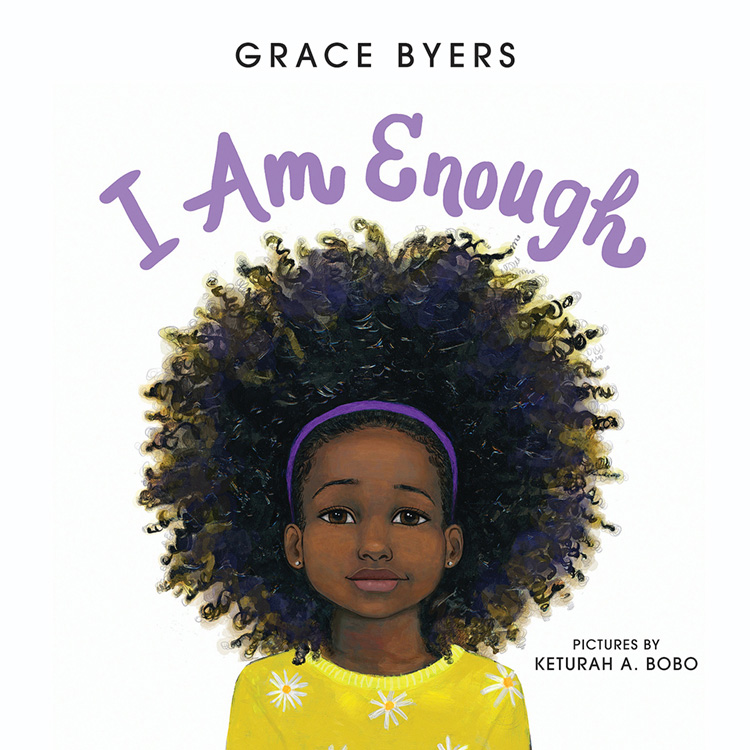 It’s not every day you get a call from from HarperCollins’ Executive Art Director and the Vice President of HarperCollins imprint Balzer + Bray to discuss illustrating a book penned by a TV star.

Grace Byers, star of the FOX television series "Empire," had written a book about challenges she faced in her childhood and needed a gifted artist to portray her narrative through illustration. She chose Bobo for the task.

The book, I Am Enough, is scheduled for release March 6, 2018, and was recently the subject of a People TVWatch feature. (You can read it here.)

This is not the first media hit for Bobo, a Columbus resident who has created work for Essence Magazine, Hairfinity, and Giphy. WOSU’s "Broad & High" series was recently nominated for a regional Emmy for its feature on Bobo (you can watch it here), and "PBS NewsHour" thinks she’s pretty cool, too.

On Saturday, March 10, she will be at the Barnes & Noble at Easton Town Center for a book event. Say hi and get your copy of I Am Enough signed by Keturah from 2 to 4 p.m. 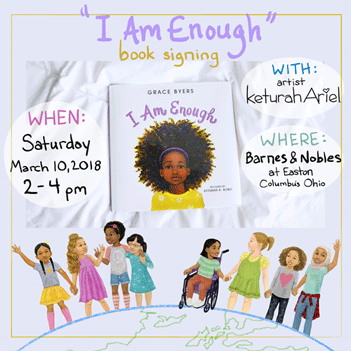