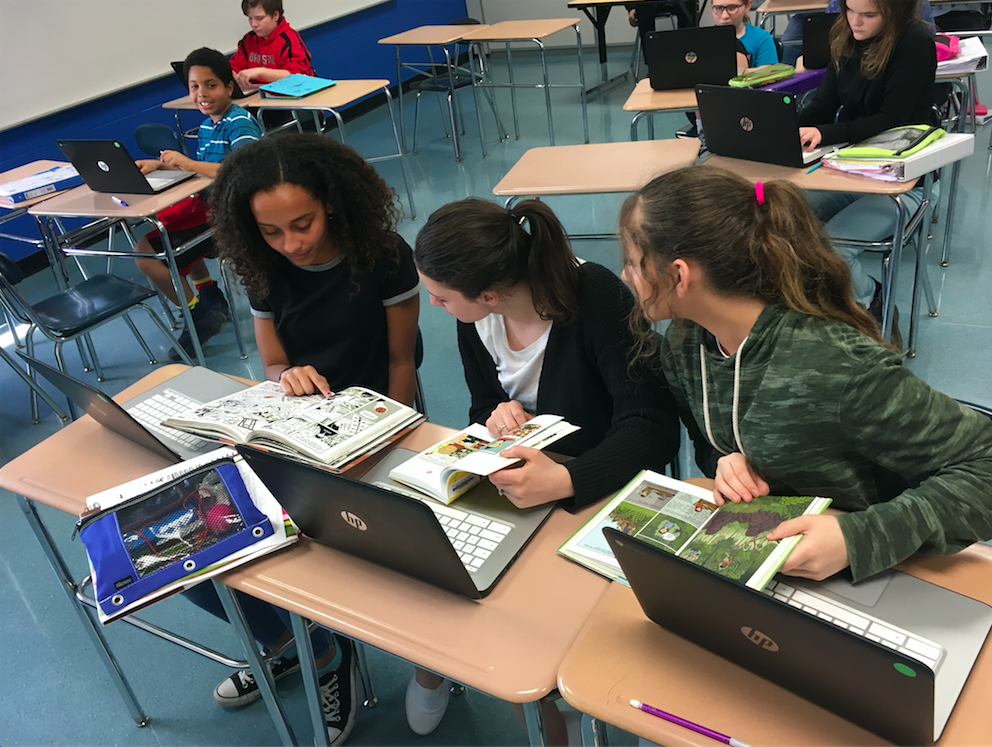 Next, they researched the period of colonization in the region as well as current area dynamics. This gave students the complete context to apply to character and origin story development for their own comic heroes and heroines that reflect an appropriate image of African Americans and African culture and history.

The themes, story arcs, and history of Jungle Action and Black Panther comics and graphic novels also influenced their work. They used the stories to compare and contrast the realities of the diverse continent's culture and histories with the fictionalized Marvel world. 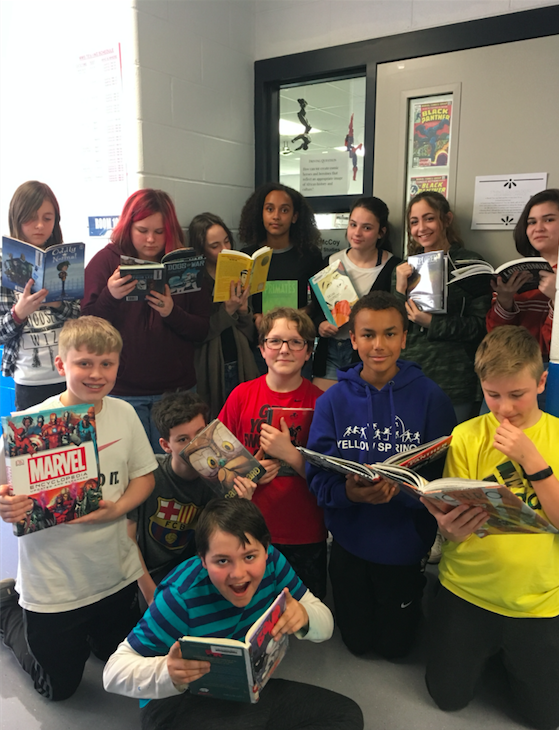 "We analyzed how the non-colonization of Wakanda allowed it to advance far beyond the rest of world. We also looked at the contrasting effect colonization had on the regions in Africa, even to this day," says McKinney Middle School teacher Cameron McCoy. "There is also the mirror issue of resource exploitation. Once the powerful resource of Vibranium is found in Wakanda, it opens the gates for others to want access to it, much like gold, rubber, diamonds, and oil in areas of Africa. Placing characters of color in powerful roles while reflecting a general history of Africa and tackling issues of race is why these titles are important. As a middle school, it was important to catch the momentum of the movie as a hook."

The students also hosted a panel discussion with Super-Fly Comics employees and had a Q&A session with Darryl Banks (Illustration, 1987), an Illustrator for DC Comics, who explained the positive and negative issues present in the comics industry. Yellow Springs' Young People of Color organization volunteered to review students' backstories to ensure they were appropriate.

This research was complemented by class discussions of issues of cultural appropriation in Halloween costumes, pop music videos, and fashion, and how different organizations responded to the appropriation.

"For many students, this was their first experience identifying cultural appropriation. Our school aims to build empathy in our students and it was amazing to see students becoming aware of issues that have surrounded them," McCoy says. "Discussing these topics through stories allows a wall to be removed in a way, or at least [allows] a window to be created into an issue that some of these students may not have realized was actually a problem, until now. Now the students are seeking feedback about their work in respect to its appropriateness."

Some stories are rooted in the ancient world with a supernatural reason for their presence in the modern one (finding an object, seeing a vision, being visited by ancestors). There are elements of royalty: The Queen of Sheba had an exiled daughter, Abebe, who gains powers of the animal kingdom while surviving on her own.

A direct influence from Orishas or other African beliefs is present: One character, Vuur, was created by an African god from the ashes of a village burned through European colonization who now protects and fights for people's rights.

The classic comics theme of "science gone wrong" is here, too: A royal scientist uses experimental chemicals to test ancient structures of Great Zimbabwe when a disaster causes the chemicals and rubble to mix, creating Mortar, a human/stone mutation with super strength who returns to claim power in modern-day Zimbabwe.

To bring these stories to life, CCAD students illustrated the seventh graders’ characters based on their ideas and sketches, which included 58 backstories in total. The CCAD illustrators drew the characters as in-class, quickfire assignments. 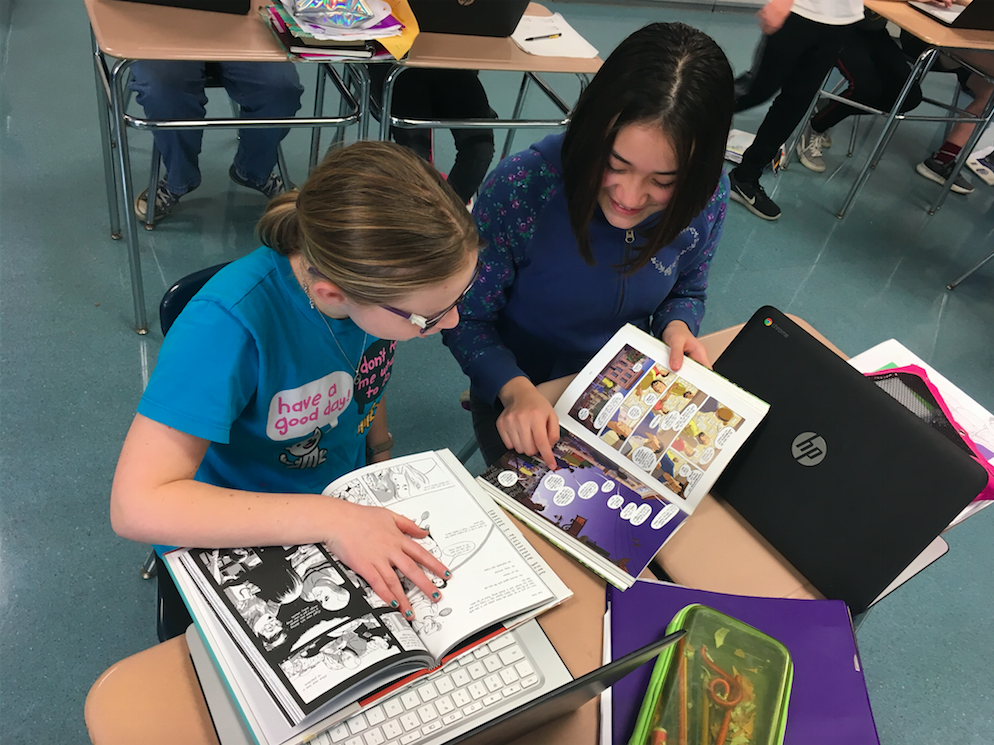 "I am so grateful for this collaborative experience," McCoy says. "It has been so engaging for my students to have an authentic partnership. Every day they asked, ‘Are the illustrations back?’ Our students are so excited and engaged in making change, knowing their products will be professional quality."

Through this collaboration, the middle-school students gained inspiration to put their character ideas on paper. They then shipped off their work to professionals, knowing it would come back as a high-quality illustrations, he adds. And the CCAD students used their skills to provide a valuable lesson to the younger artists.

"There is a heightened level of accountability in room 106 right now," McCoy says of his seventh-grade students. "They are operating as creators of comic characters who are adding diversity and representation to an industry in need. What I hope all students learn is they have the ability to make change. I hope they learn they can be change agents with the work they do around diversity and representation overall. Learning the power of collaboration is also important. You have adults working with 58 students to create something powerful. Each relies on the other to make this possible." 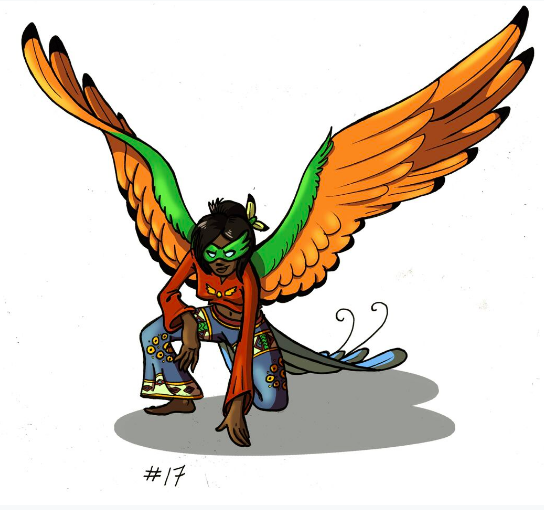 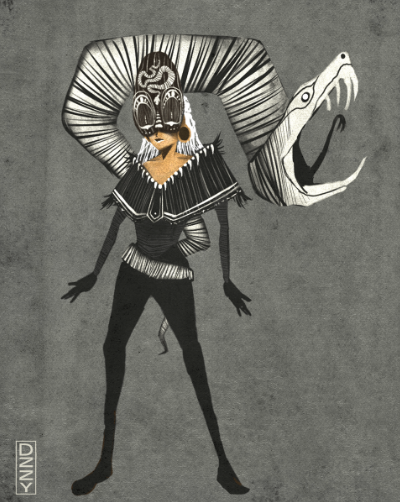 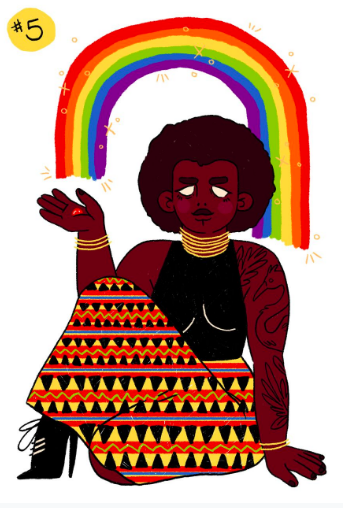 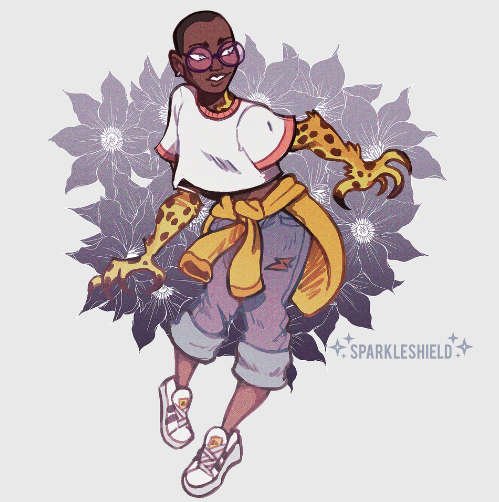 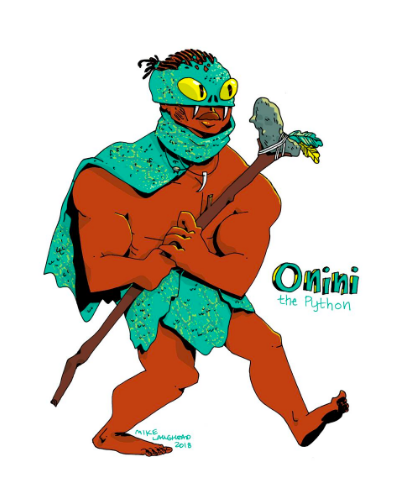 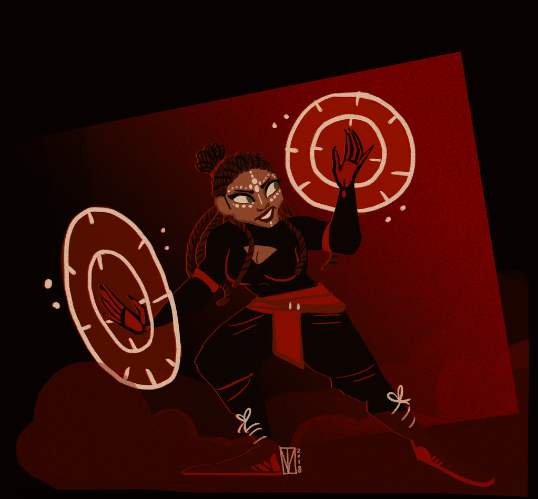 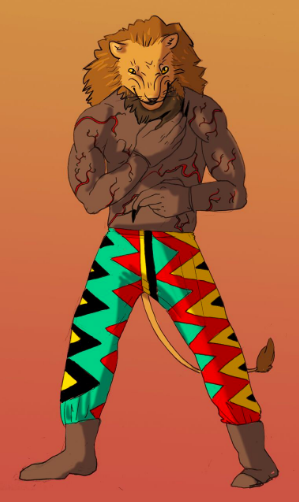 Read more in the Yellow Springs News, which recently wrote about the class.

Illustrations by four recent grads from the project were featured in an article by Kugali.

The Wilberforce Museum for Afro American History and Culture has invited us to exhibit these at their Black Power in Comics Exhibition. Link is here to the flyer:

K12 Gallery in Dayton has this project scheduled to be exhibited from Oct. 5-27.