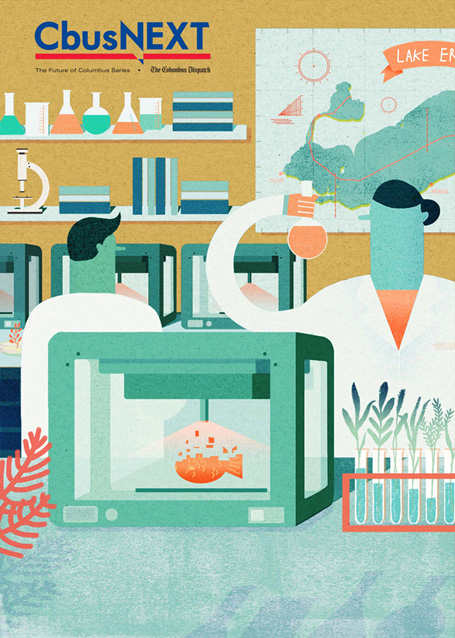 And the cover on Aug. 25, 2017, featured an illustration created by Alma Kim (Illustration, 2020) that includes scientists, 3D printers, plant life, and a map of Lake Erie.

The Dispatch recently wrote a story about Kim, who works for CCAD’s Student Agency, and asked her to envision the future of Columbus. She said, “It will be much more digitalized, modernized. (But) after 20 years, I think it’s going to have, still, Columbus-ness.”

Check out Kim’s interview with The Columbus Dispatch here.

Plus, read about CCAD grad Scott Schaff (Illustration, 2017), who also illustrated a cover for CbusNEXT, here.