CCAD MDes candidates are ready for the future

In 2016, Columbus successfully competed against 77 cities across the country to win the US Department of Transportation’s Smart City Challenge aimed at bettering the population’s quality of life, driving economic growth, and much more by improving residents’ mobility.

Not long after, candidates from Columbus College of Art & Design’s Master of Design in Integrative Design program explored how the $50 million Smart Cities grant could impact the community. Working closely with Dan Rockwell of web and app developer Big Kitty Labs, the candidates used systems thinking, future thinking, and speculative design approaches to create a narrative of what the future⁠—specifically, 2050⁠—could look like, particularly in light of current technologies’ focus on the Internet of Things. Their goal: for the people of today to reflect on how human innovation can help or destroy the simple things in life, from relationships and communities to morals and ideologies.

In the end, Rockwell had this to say:

“This is more than I ever imagined, I was not expecting this. You all did an incredible job.”

Here’s some more info about the project.

The MDes candidates’ research for this project included building an initial mind map identifying the systems in which humans interact with “smart” cities, exploring who controls such systems (and what happens if people do not follow or use the systems), and the rules that drive these systems. They also identified stakeholders through conversations with professionals in fields such as law, health care, augmented reality/virtual reality, city government, and risk analysis, as well as those who will be populating the cities of the future⁠—people age 18 or younger.

The world the MDes candidates envisioned was a grim one in which World War III has drastically decreased populations; children are engineered and educated by the government, with careers dictated before birth; and pre-war citizens have begun replacing body parts with engineered synthetic limbs and 3D printed organs to keep up with the new and perfect engineered citizens.

Through working with Rockwell, the MDes candidates arrived at the following questions to explore and inform the artifacts they created for their project, “Citizens of 2050”: 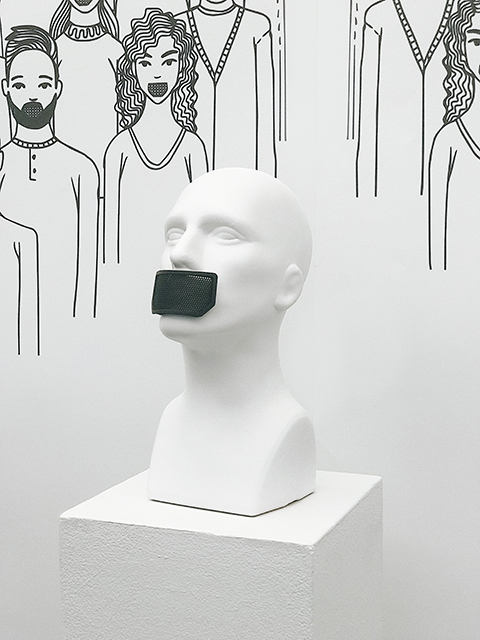 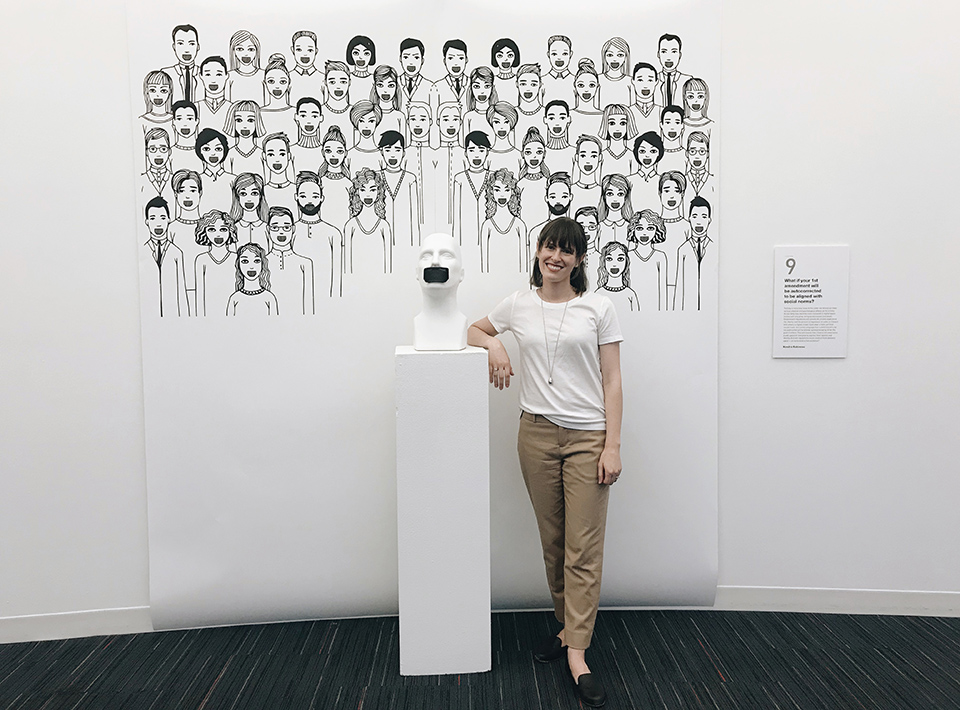 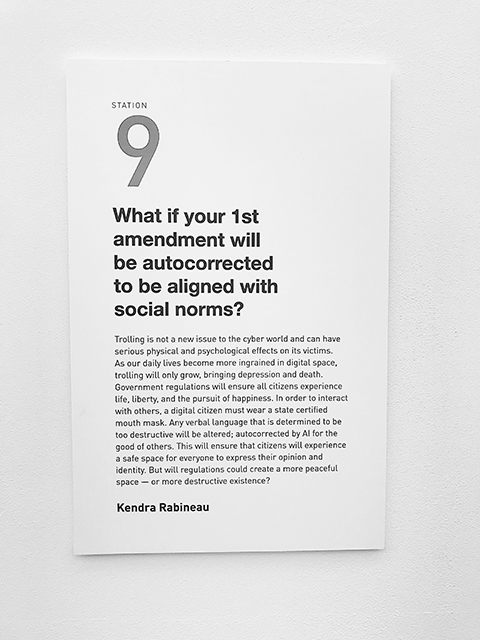 Learn more about the Master of Design program at CCAD or apply here.