A CCAD MFA made her world larger 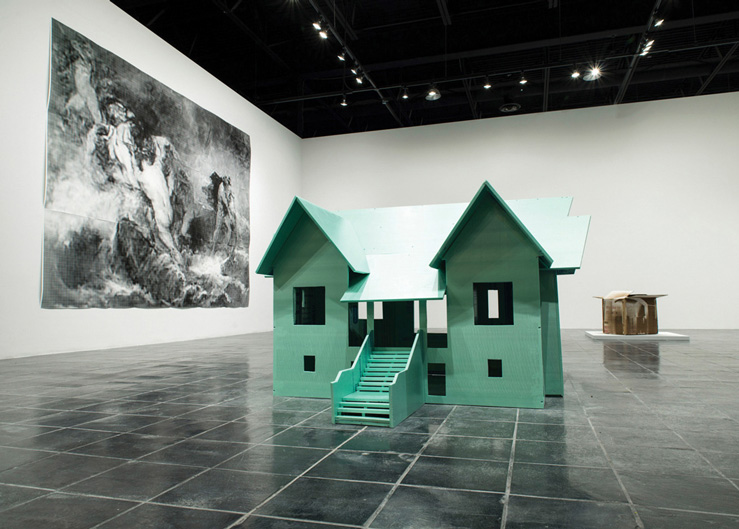 Jill Paz was just a year old when she emigrated with her family to Canada from Manila, Philippines. Home has been in her heart and mind ever since. Now living in Manila, Paz creates artwork that investigates personal history and geography. Read more below.

Home has always been a weighty subject for Jill Paz (Master of Fine Arts, 2015).

Her family emigrated to the United States and then to Canada from Manila, Philippines, in 1984, when Paz was just a year old, “because of martial law and political instability,” she said. Her mom kept the culture of her homeland alive while they lived in Canada. She learned to speak Tagalog and went back for summer trips to visit relatives in the Philippines.

But still, the ache of wondering what her life might have been like if they stayed was never too far away.

“I think that I had been haunted with this sense of loss for having been away from Manila for my whole life,” she said.

Her desire to move back to Manila was even stronger after graduating from CCAD, but life pulled her different places. She traveled to the Rocky Mountains in Canada for a residency at Banff Centre for the Arts in 2015, and the next year exhibited in the Alte Feuerwache Loschwitz in Dresden, Germany, as a visiting artist at Kunsthaus Raskownikow.

When Paz finally made her way home to Manila in 2017, she was in for an adjustment.

“It’s almost mind-boggling,” she said, “to live here in this city of over 20 million residents where the tropical summer is year round. The democratic government appears to be at a crucial state, while the art world has never been so rich and burgeoning, and the most trivial day-to-day things seem to function at a chaotic order I have yet to fully understand.”

“I looked at this place through a very different lens prior to my move,” she said.

Titled The Past is a Foreign Country, the exhibit leads with a sculpture from Paz’s MFA thesis project, a sparse installation that explored diasporic intimacy. It’s a Journey Back that I’m Always Taking (Balikbayan Box) is a box that has been sent from Manila to Columbus, and circled back again. It is etched with images of the artist’s family home.

“I am interested in taking this extreme close-up of the personal to enter into my work,” Paz said, “in order to stretch into a more expanded view of history and the world.”

The new works also stem from her “fascination with how images traverse our visual and material culture,” she adds.

Under her hand, images transform into object survivors of the past. The struggle for reconciliation of cultural loss pervades each piece. A series of paintings is based on the work of her great grand uncle, Felix Resurreccion Hidalgo, while a large canvas titled Flotsam and Jetsam from 2016 continues Paz’s investigation of painting. The compositions translate a digital image into an etching with a laser cutter, giving each a painterly appearance and putting in opposition what the viewer sees and what the image actually is.

“It is that synchronous longing,” Paz said, “a paradoxical relationship, of engagement and estrangement, that as a person and an artist I am coming to terms with.”