The Columbus College of Art & Design transfer student had long had an interest in architecture, but, facing a wait list to study architecture in her native Venezuela, she took a leap and decided to pursue Industrial Design instead.

Good thing. Escobar has developed a passion and a skillset for industrial design (and even won awards for her work, from Pfister faucets and from a GE Appliances-sponsored team hackathon).

“Now I’m definitely not going to be an architect, although I’m passionate about spaces still. ... Before, architecture was, for me, like an awesome house or a very beautiful sculpture. Now I feel (driven) by user need-based problem solving,” she said.

The appeal of industrial design, Escobar said, is how widely its impact can be felt.

When she started school, she had a particular interest in developing medical products “because I’m really interested in helping people. So that was a moment, like, ’Oh, I really feel like I can help more, going into Industrial Design.’ It’s more need-based.”

After a year studying at Universidad de los Andes in Venezuela, she was prompted by the country’s instability to move to the United States and attend school here. She sought a school near Pittsburgh (she spent a year after high school learning English via an exchange program in a suburb there), and found CCAD staff to be particularly helpful and supportive in helping her through the transfer process.

She’s made CCAD her home — literally. Escobar is in her second year as a resident advisor, working in the Design Square Apartments, and has also served in student government and as a member of the Industrial Design student collective, and has worked in the CCAD Student Agency, the college’s MindMarket, and for its IT help desk.

“What I most enjoy about (being an RA) it is that you get to know a lot of people in this job,” she said. “It’s great when a resident helps you or says, ’thank you.’ Or when someone yells my name from the middle of the quad, ’Aura!’”

Not that it’s always easy. “Sometimes it’s hard to find a middle ground because we are, in the residence hall, an authority. … It’s not easy when it’s time to switch, especially when it’s a small problem but you can’t seem to fix it and you’re just frustrated about it. But we also have a lot of resources here to help us,” she said.

In 2015, her aesthetically pleasing and functional design sensibility was recognized by Pfister, which named her its 2015 Faucet Design Challenge Winner for “Palafito,” influenced by shoreside architecture in Venezuela’s Maracaibo City.

The competition included an online voting component, and Escobar was proud to get support from the CCAD community and from those at home in Venezuela — but she felt even better in knowing that the votes came in because of the quality of her design.

“I got a lot of responses, like, ’hey, I was going to make an honest vote for the faucet I liked, and I actually liked yours the most,’ and I was like, ’wow, that’s awesome,’” she said.

In 2016, Escobar was part of a CCAD Industrial Design team that participated in a hackathon in Louisville, Kentucky, besting hundreds of people, including professional engineers and designers, in a challenge that asked them to enhance the cooking experience for people who are visually impaired. More recently, she’s focused her thesis on improving how hard of hearing people experience music, working closely with students at the Ohio School for the Deaf in the research phase of her work.

With graduation on the horizon and Venezuela still in the midst of political turmoil, Escobar said that while she would eventually like to return home, she plans on remaining in the U.S. for the next two or three years.

“I really want to work somewhere where I can really make some sort of impact. … In my senior year, I’ve had the opportunity to work with different perspectives of design, and I’ve noticed that so many decisions are made just on business. I understand that revenue is important, but I don’t want to just create something that people will just buy. … If you don’t need it, why design it?”

Aura Escobar (Industrial Design, 2017) has a mind for designs that are as functional as they are smart and stylish.

It’s an approach that’s quite literally an award-winner. In 2015, she won a trip to California — and cash for school — thanks to her savvy take on an everyday object: a faucet.

Below, she discusses the design competition for plumbing industry leader Pfister (her winning entry was inspired by her home country of Venezuela) and her whirlwind trip to visit Pfister’s parent company’s offices in California.

"The task was to choose a destination and design a faucet inspired by that place. I thought about what my inspiration could be, mainly places I have visited that are meaningful to me. I decided to place myself back home in my country and think about places there. … I was like, 'Well it cannot just be a place back home, it has to do with water' — come on, it’s a faucet! So I chose palafitos, which are structures on top of water, as my inspiration. And they represent part of my culture, specifically for the place they are located. My best friend is from Maracaibo, and people from that area are great to be around."

Escobar explored forms until landing on the Palafito, a concept influenced by the antique architecture constructed along the shore in Maracaibo City, Venezuela. The faucet’s shape reflects the supports of houses along the shoreline. Hers was included among the top 10 concepts created by designers and trade professionals.

"The winner was going to be selected by popular vote, so I started sharing the link to vote on Facebook, and it was awesome to see how many people helped me spread the word. … Then I received a call, and ta-da! Wow, I won! It was a very happy day," Escobar said.

"I got to see the behind scenes their amazing fab lab and product testing area. There were inspiring faucets everywhere. My favorites were their Hospitality designs. These faucets are made in a smaller scale of production for more specific clients, such as Disney. … We worked together to make my design manufacturable, in terms of how the internal components and the parts work. The main thing was figuring out the water flow and exit. My submitted design was more of a concept, in which the water came down as a waterfall with more volume. I learned about the ways water exits should work, and some standard ways to do it," she recalled.

While the Pfister project represents the form and aesthetics and user-enhancement experience of design, Escobar says competitions such as the FirstBuild Hackathon which saw her team design a cooking surface for the visually impaired, as well as her senior thesis on improving how hard of hearing people experience music, are more representative of the type of design research work she’d like to pursue post-graduation. 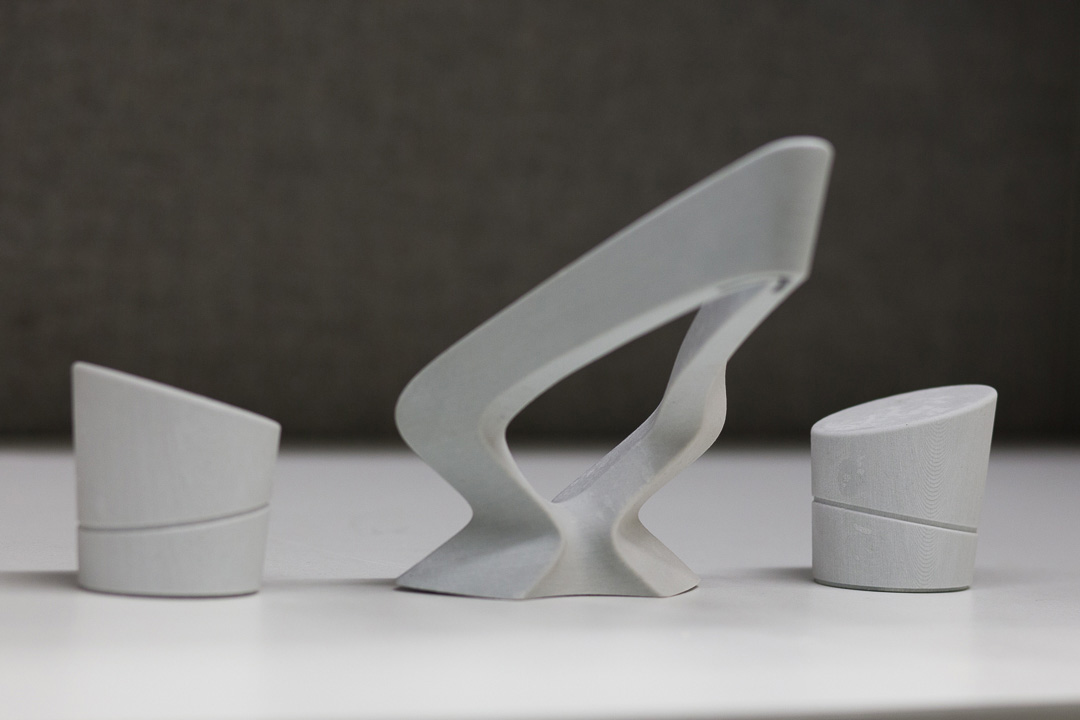 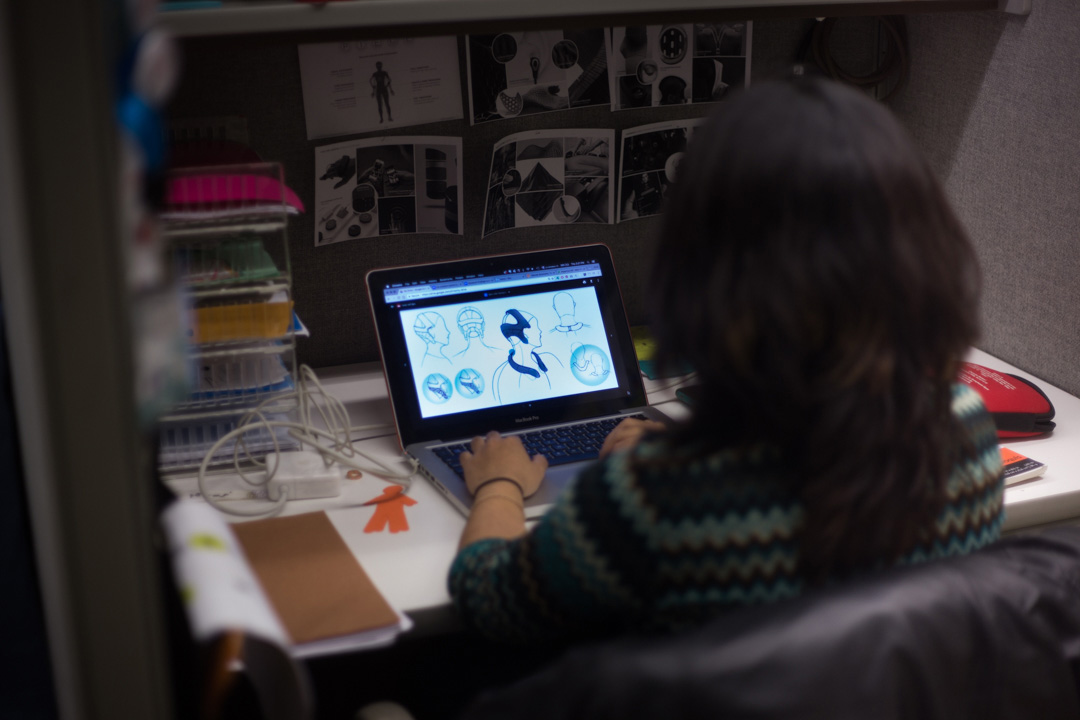 "I like being extremely involved in the process of research, and ideally see the product, service, or experience results that address user issues. … I recently did a co-creation workshop with students at the Ohio School for the Deaf to understand what is their 'ideal complete music experience with others,' which, based on my last semester’s work, led me to question. In the following weeks, we will be working towards the ideal solution," Escobar said.

Rosaura Padilla and Aura de Padilla, hands-on, make it at home, do it yourself people (and Aura's mom and grandma)

Music to Create to: A Spotify Playlist from Aura Escobar

An International Student on the Move (click to read more)

She has a vision of a better world. And Aura Escobar (Industrial Design, 2017) has traveled thousands of miles to help realize it.

Escobar, who is originally from Venezuela, started studying industrial design in her home country in 2012, at the Universidad de los Andes. But the country’s political and economic instability made it difficult to continue there.

“I didn’t want to leave my country,” she said. “I mean, I’m all about traveling and experience, and I like getting out there, but I like my home country.”

Escobar had spent a year after graduating high school living with a family, the Lanes, in suburban Pittsburgh. They became like a second family, and so when she decided to move abroad, she sought an art and design institution near them.

“He was like, ’Hey Aura, I’m here for you if you have any questions,’ and it was like I felt like I was already part of CCAD,” Escobar remembered. “It was crazy, because a lot of other schools were just like, ’Oh, well, if you can do it, it’s fine; if you can’t, it’s totally OK. Like, we don’t really care.’ Especially with getting information about how to do my transcripts, how to get them translated … (CCAD) was super helpful, and so I was like, ’this school is definitely supportive.’”

Now Escobar spends her days at CCAD, learning the technical and aesthetic skills — not to mention taking on the hands-on projects — that will help her realize her goal of becoming an industrial designer.

It’s not always easy. She’s in school full-time and maintains a nearly perfect GPA. An academic scholarship covers some of her tuition costs, and she also works as a residence advisor at Design Square Apartments, which provides her housing and a small income. (Her student visa allows her to work only 15 hours a week.)

She’s a member of the Industrial Design Student Collective and the Women’s Leadership Institute and has won prizes for her extracurricular design work; her senior thesis focuses on improving how hard-of-hearing people experience music.

Her days are full; below are some of the highlights, from spending time relaxing and working in the DSA to spending time in her studio, developing her ideas on the computer and on an oversized inspiration board, to going offsite to the Ohio School for the Deaf to workshop her design concepts with students and poring over design ideas over coffee at The Roosevelt Coffeehouse by herself or with fellow members of the Industrial Design Student Collective.

And occasionally, she gets a taste of home, from making arepas (a type of flatbread found in Venezuela) to Skyping with her mother Rosaura Padilla and grandmother Aura de Padilla.

Below, catch a glimpse of Padilla’s day-to-day life at CCAD. 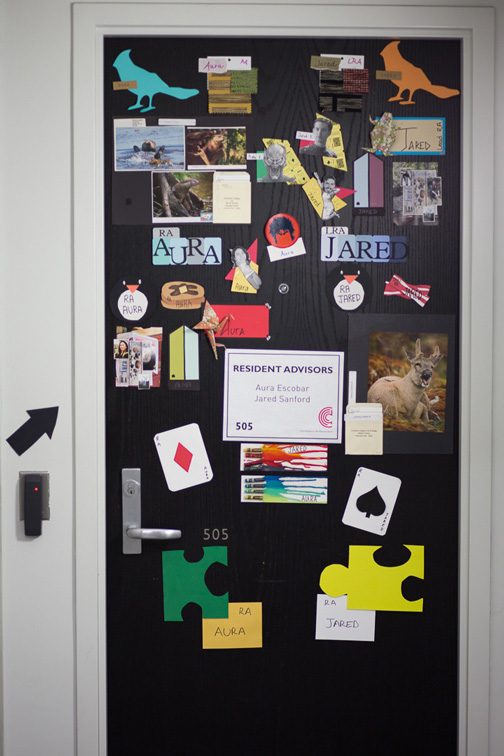 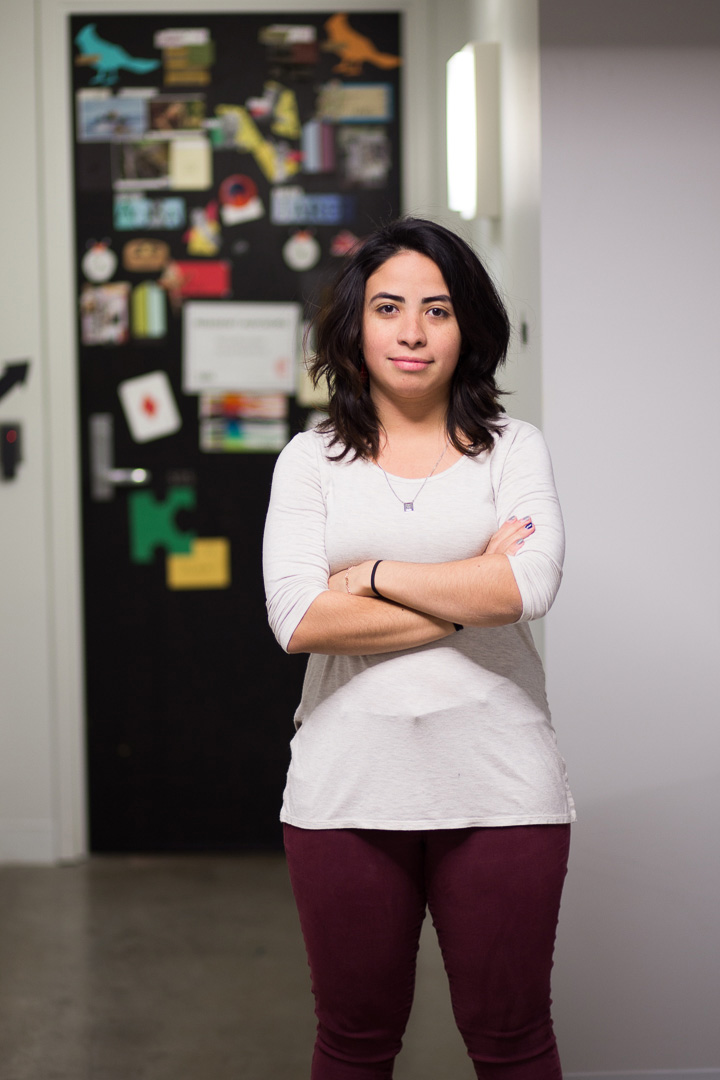 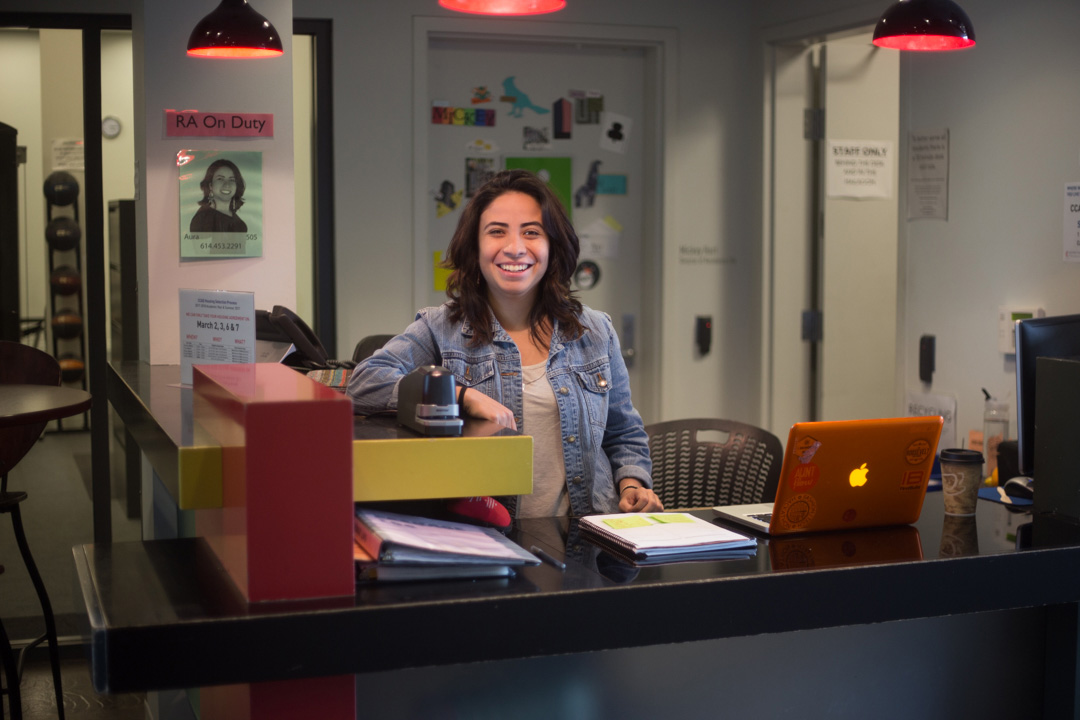 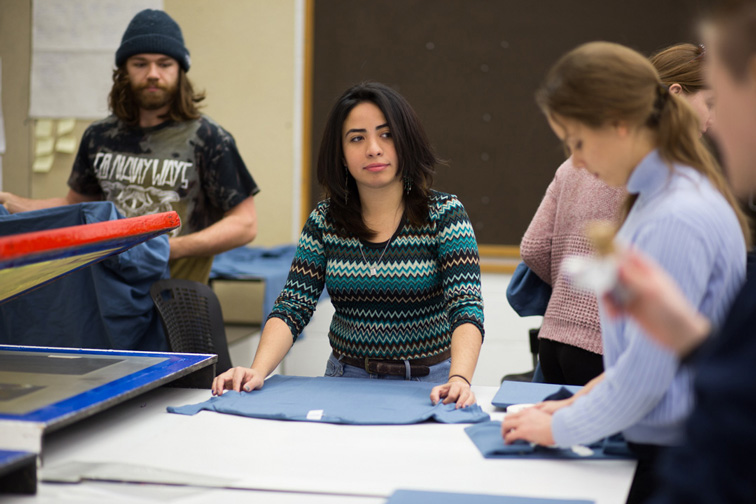 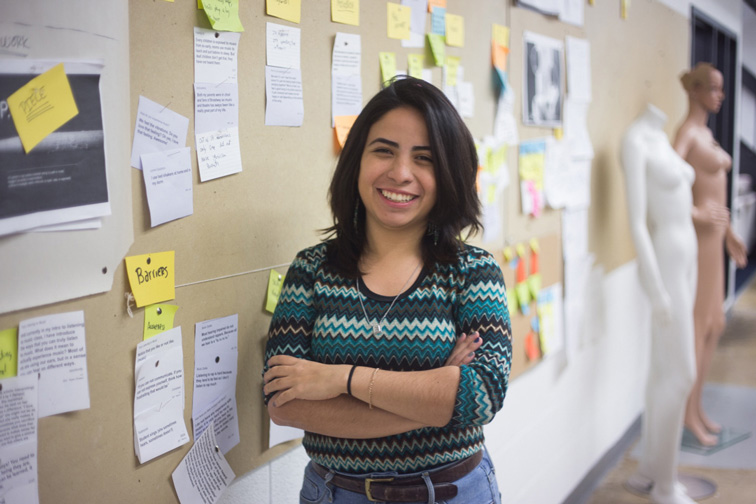 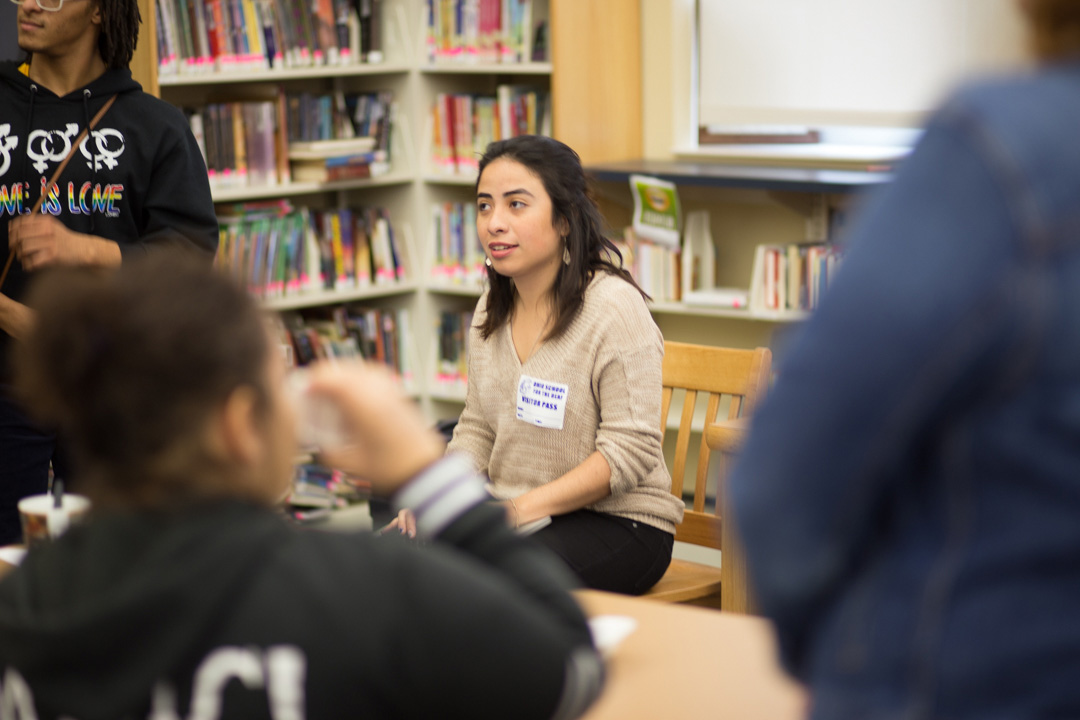 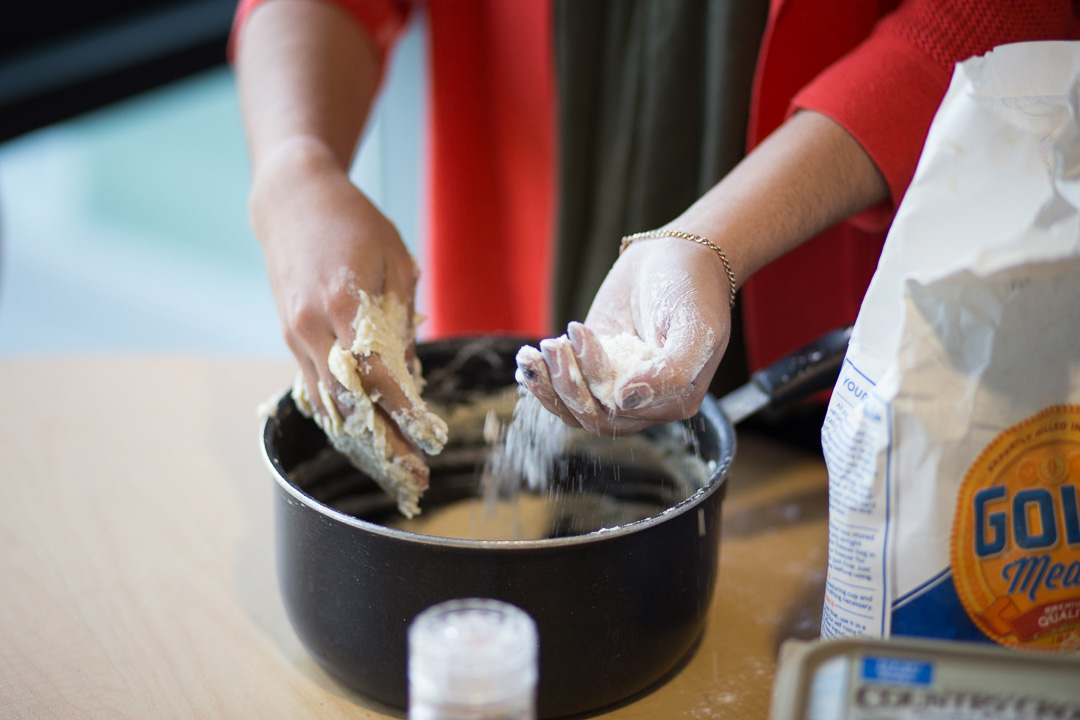 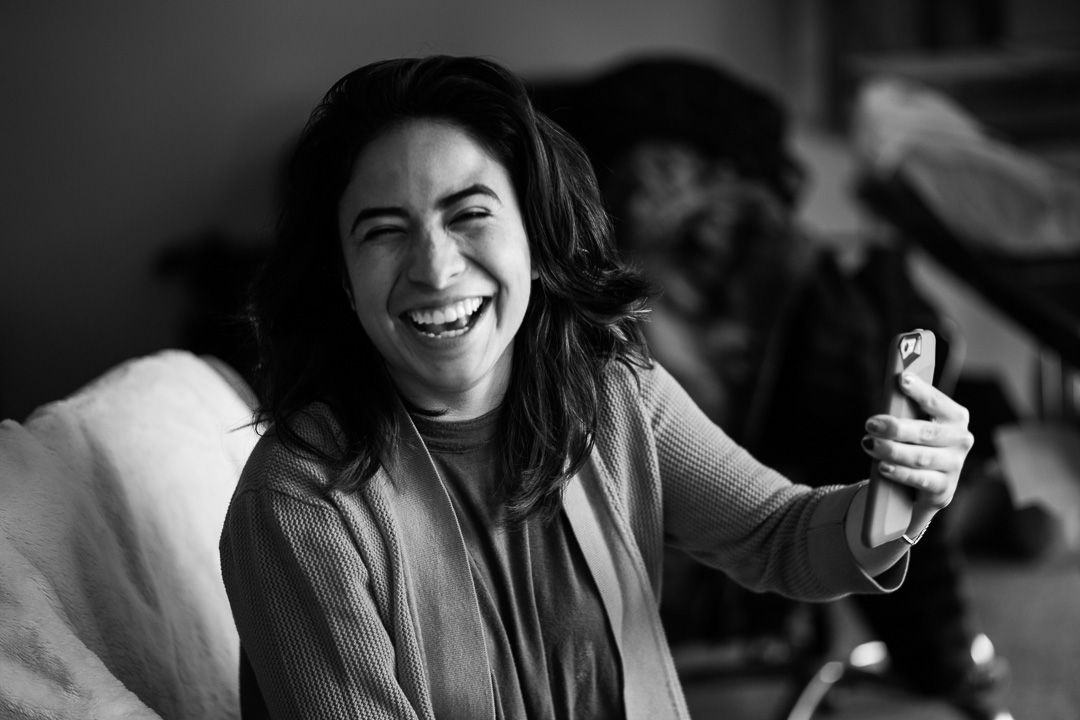 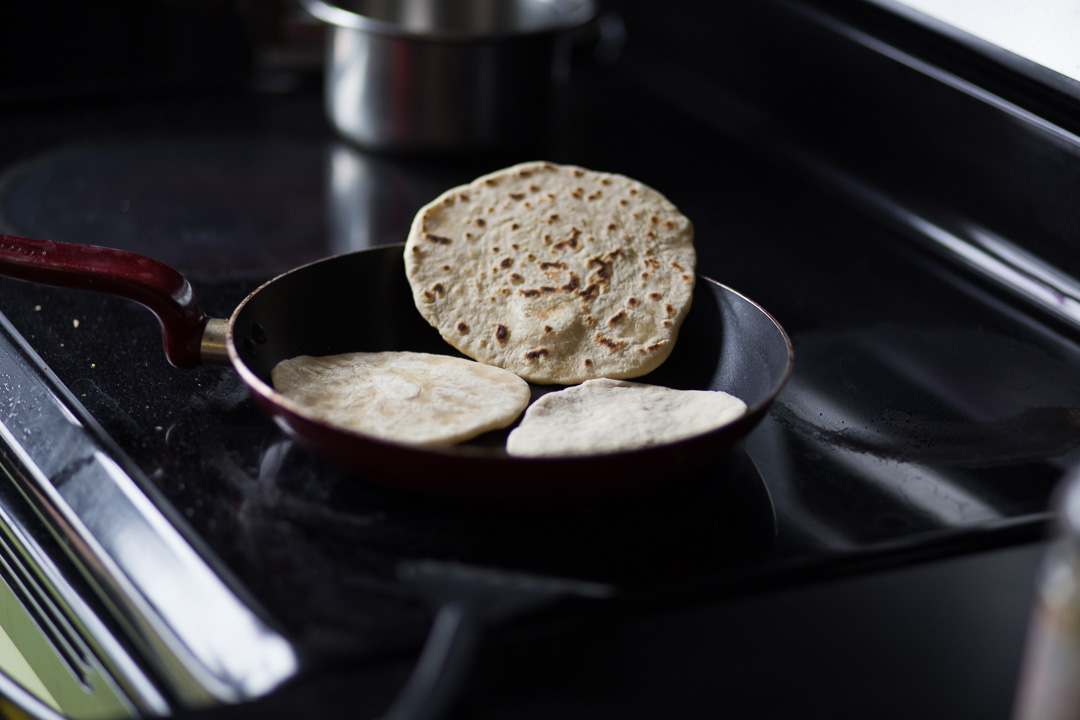 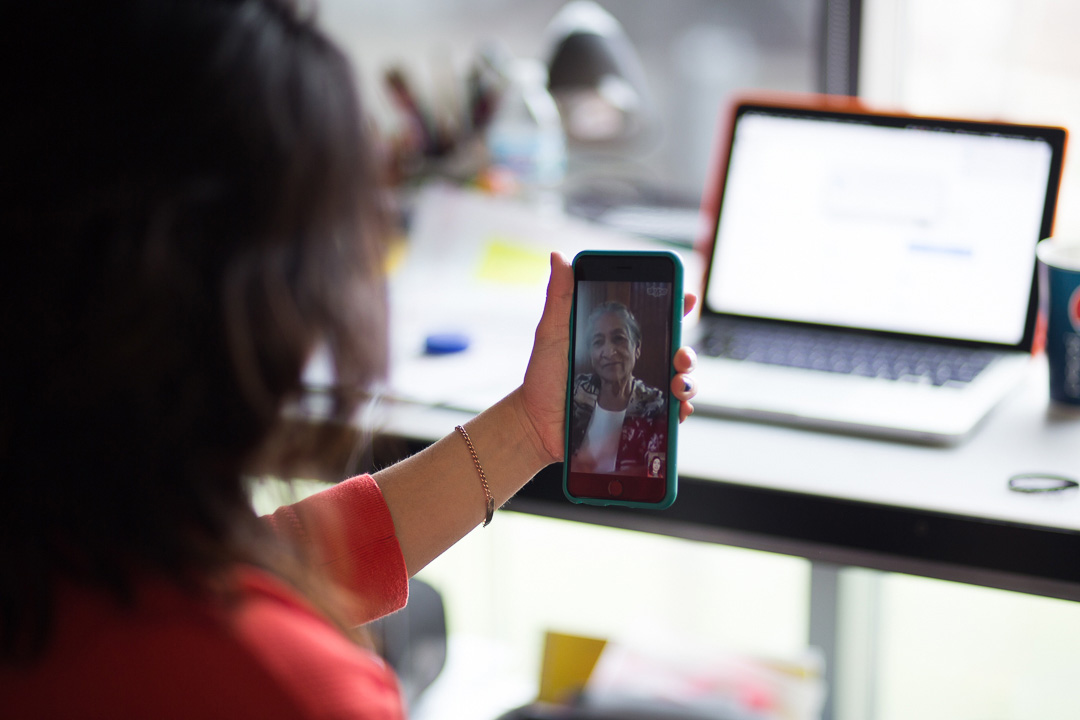