A cinemagraphic novel, documentary film, and two TV scripts on deck for this CCAD MFA alum

Even though Pam Theodotou (MFA Cinematic Arts, 2013) worked in film full-time during the early 2000s, she recognized that the industry was changing fast. She decided to pursue additional formal training to not just maintain, but exceed in shaping the culture and business of film. “I believe that the MFA program at CCAD, rather than just going to film school, provided me with a diversity I otherwise would not have gotten,” she says. “I embrace narrative, documentary, fiction, and experimental work, so it was the right program for me and I’ve carried that forward in my professional career.” Read more below. 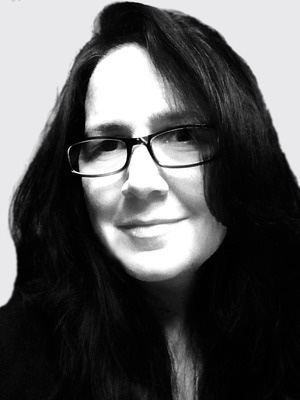 “Peace of mind for me,” she says, “is when I know things are moving and growing and multiplying.”

Her academic achievements hint at her intelligent energy: She earned a BS in Biology from Denison University in 1986 and graduated from Case Western Reserve Law School in 1989. It wasn’t until she learned about CCAD’s individualized MFA program that she decided to finally pursue her art ambitions from a higher-ed platform.

“It fulfilled a desire to learn technical expertise and provided an environment where I could explore my voice as a filmmaker,” Theodotou says. “It’s like having the opportunity to travel. You never see the world the same way again when you understand other people’s perspectives. You come to appreciate your own contribution and set goals for yourself you never would have known existed before. The MFA program at CCAD, rather than just going to film school, provided me with a diversity in artistic vision I otherwise would not have gotten.”

Apropos, as Theodotou’s filmmaking overlaps into narrative, documentary, fiction, and experimental genres. Since graduating from CCAD in 2013, she’s turned her thesis — a fictional short film about Mary Shelley’s dark adventures and the mad genius of Ben Franklin — into a graphic novel, Pandora.

“Once a goth always a goth,” Theodotou jokes.

The book will be released this year, and she plans to translate it into a film or TV series concept. Two other scripts she has written are currently in the early stages of development with producers for TV production, including a show set during the Byzantine Empire and a reality series about professional Foosball players.

Also on her agenda is a documentary film about her mother, an American who worked as an OSS spy in Nazi-occupied Greece during WWII. Sifting through the mountain of materials and research to find the best story thread is something at which Theodotou excels.

As the media specialist at The Ohio State University’s Byrd Polar and Climate Research Center, Theodotou explores the importance of climate change and has traveled to the arctic to produce infrared fine art photographs that tell an important environmental story.

In 2015, her film production company NYXFILM released a documentary about the center’s namesake, Admiral Richard E. Byrd, which premiered at the Wexner Center. Titled Byrd 1933, the feature was made from 10 reels of 35mm film found in the files that belonged to Byrd, an explorer who was once so famous he had three NYC ticker tape parades thrown in his honor — more than any other individual in history.

Theodotou used scripts from Byrd’s lectures, writings, and raw footage shot by Paramount Studios cameramen during his Antarctic expeditions between 1928 through 1935 to figure out the documentary story.

“The film was in pieces and had to be restored. It also was a jumble,” she says. “The toughest part was figuring out what [the explorers on film] were doing and the underlying story. It took careful study all of those sources to be able to understand what we are seeing on film.”

The story she found revealed that Byrd’s work has major implications today.

Byrd’s expeditions in Antarctica identified the continent as a wilderness worth protecting and studying in regard to weather, biological systems, chemistry, and geology.

“History is always important to dialogue as inspiration,” Theodotou says. “I hope the film is a reminder of our most wild places and that we need to be very careful with how we handle environmental issues. … We not only need to care, we need to get involved.”

Her own care is evident throughout all of her work, whether it covers fantasy worlds or historic discoveries with real implications.

“At the end of the day,” Theodotou says, “you research until you can’t read another word and then you go to work creating and weaving and telling with their voices a story as if it was your own.”