Corey Favor (Illustration, 2003) and Marshall Shorts (Industrial Design, 2006) were hard at work in the professional world when they were struck by something: There were few, if any creative people of color at the professional conferences they were attending. “We visited several conferences and we were kind of like the only ones there — we thought that was kind of odd,” said Favor. 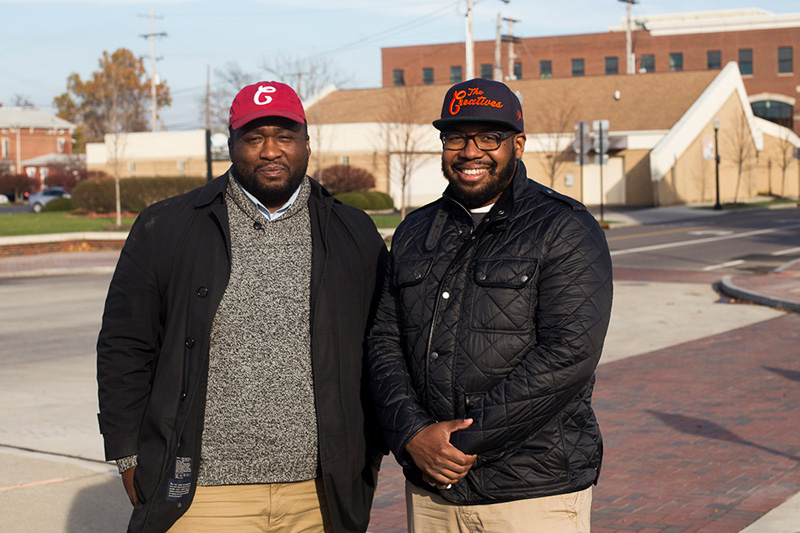 “Coming out of CCAD (Columbus College of Art & Design), we had a lot of friends who were doing great stuff that we weren’t seeing in the mainstream, at different conferences and stuff like that,” said Shorts.

The CCAD grads knew something needed to be done. They took action, creating Creative Control Fest, which in 2016 celebrated its fifth convening (and grew to three days, from two). The goal of the fest, according to its mission statement, “is to help grow an ethnically and culturally diverse landscape while providing exposure, resources, and opportunities in the design and creative fields.”

“We thought it was necessary to see people of color in creative fields and thriving in them. That was — amongst other things — the impetus to really make it happen,” said Shorts, who himself owns the branding agency Soulo Theory Creative.

“I really don’t see a lot of people that look like me as I continue to grow in my career. We’re trying to change that,” said Favor, a senior graphic designer at Ohio State University.

And they were aided in their efforts by fellow CCAD grads, who serve on the host committee and as volunteers. “We’re really a family,” said Favor.

Creative Control Fest, intended for creatives of all stripes, includes a mixer, a full day of workshops, a speaker series, an award ceremony, and live music. “It includes a lot of resources from the Columbus community as well as some national artists,” said Favor. “We’ve been very blessed to have a full gamut of entrepreneurs, designers, authors — different creative professionals of different disciplines are part of this. One of the big names would be Mr. Tom Burrell from Burrell Communications. He was huge in the '70s; he started one of the first black advertising firms.”

The Lincoln Theatre, in Columbus’ King-Lincoln District, has served as home base for Creative Control Fest since its start. The fest has received financial backing from the Greater Columbus Arts Council, recognition from the city of Columbus for its efforts, and coverage from local press.

Attendance has increased, too. “We’ve started to pull in (attendees) from different cities. Columbus is a great city, creatively, and is in close proximity to a lot of other neighboring cities, so people have been traveling to the conference and anticipate it every year. They’re coming in as far as from Arkansas, Cleveland, New York, Chicago,” Favor said.

Although Creative Control Fest has grown since its inception, both in its duration and its geographic reach, it remains a deeply intimate gathering, drawing all types of attendees: students, mid-career professionals, those who have attained great success in their creative fields, and those who are looking to reignite a creative spark.

“We’ve had ideas to expand it, but we want to grow slowly. … There’s an intimacy about the event that really separates us from other conferences,” Favor said. “We’ve gotten great feedback that people can actually meet their heroes. … You’re right there, connected to all of these speakers, and you can meet and greet them at the end.”

“It has a Midwest feel. You go to New York, and you can’t touch some of these folks. Here, we have an opportunity to really engage. More collaborations, more opportunities for creatives of color to get work and grow their careers — and for us to grow our careers as well. The sky’s the limit when it comes to that,” he said.

That type of closeness has lent itself to fruitful connections among attendees.

“We’ve had people who have started businesses after attending,” said Favor. “We’ve had, in the last few years, an incubation workshop, and after that a gentleman started a Christian clothing line and is doing really well, and he actually just wrote a book.”

Favor said he has gained great satisfaction in helping other creatives find success. 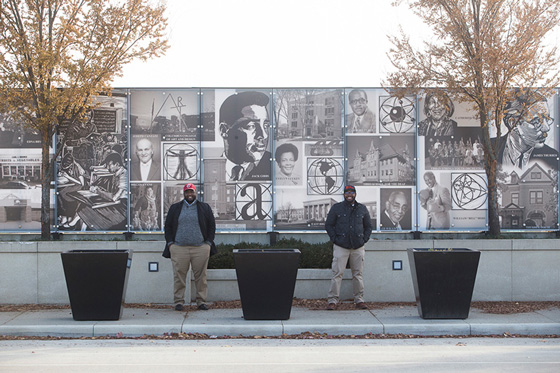 In addition to their work with Creative Control Fest, Shorts and Favor have also been involved with CCAD’s Black Student Leadership Association, which they helped found, and which they have returned to over the years as mentors.

“Creative institutions and agencies and people who are in the position to influence or hire should always be considering people of color. … Think about how you can engage with them authentically.”
________