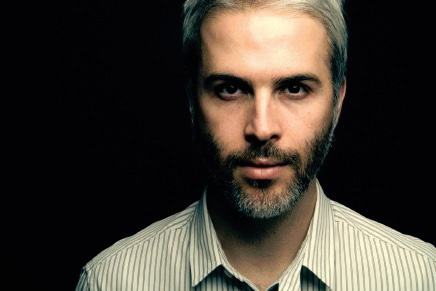 As a fashion designer, his looks were featured in the world’s leading fashion magazines and worn by celebrity fashionistas on the red carpet—which is huge, considering he only graduated 15 years ago. Now, Fashion Design alumnus Bruno Grizzo (CCAD 1996) has switched gears from design to fashion illustration and is quickly garnering the same rock star status.

“I started with illustrations last year,” Grizzo said in an email to CCAD. “I did an illustrated look book for Halston and since then have been doing stuff for Lacoste, Georg Jensen, Ann Taylor, Neue Galerie, Jeffrey, Surface Magazine and S Magazine. Currently, I'm working on images for a Jonathan Adler book.”

He’s currently redesigning his website to include his illustration work, but his designs (and their success!) are featured on the page. This includes the features of his work from The New York Times, The New York Post, and Women’s Wear Daily as well as Vogue, Elle, Harper’s Bazaar, Nylon, Zink, Us Weekly (Sarah Jessica Parker donned one of his creations on the red carpet), Surface, and Sportswear International magazines.

“From his first apprenticeships in Paris in the mid-’90s, where he worked with the house of Lanvin and Jose Lévy, Grizzo’s design impulses have been driven by his predilection for fabric and his preoccupation with structure. ... The most telling influence on the young designer’s workmanship dates from the years he assisted at Frank Tignino couture. While designing at this repository of New York chic in the late nineties, he mastered the arts of draping, patternmaking and extensive hand-finishing techniques.”--excerpt from Grizzo's online biography.

Check out the works of CCAD’s latest fashion design graduates during the 2011 Senior Fashion Show event on May 13. For ticket and event information, click here.