Finding friends — and a career — at CCAD 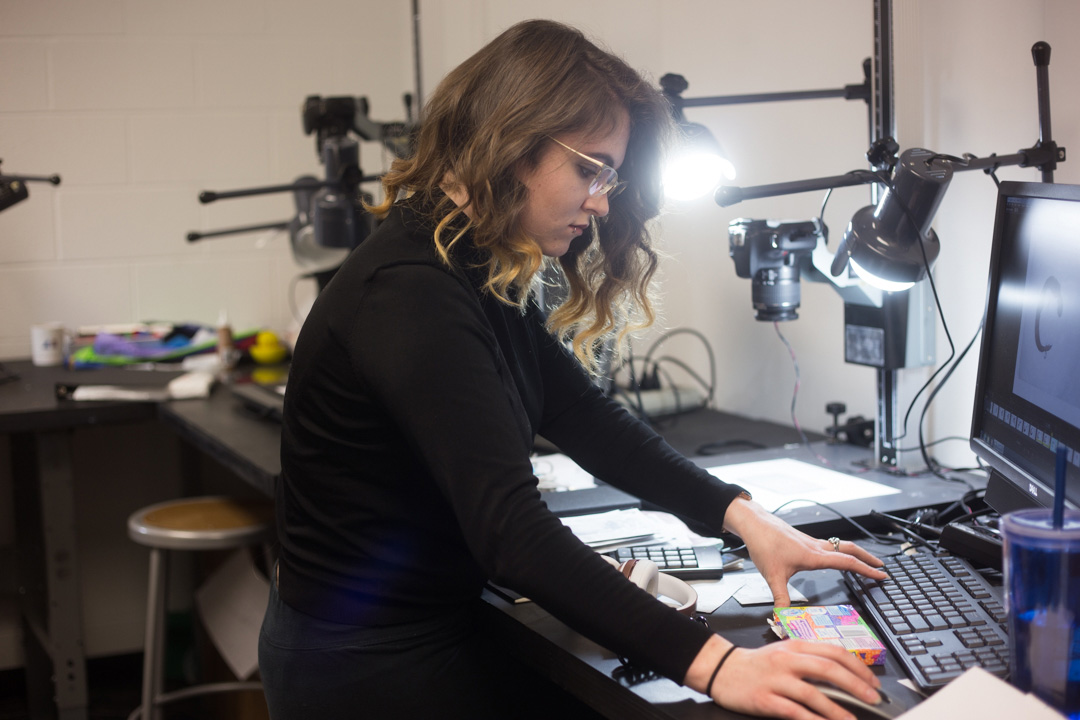 Josie Bowlin (Animation, 2018) met the roommates she has had all four years at Columbus College of Art & Design during the CCAD College Preview program she attended during high school. The Greenville, Ohio, native also found what she thought would be her major — Fine Arts.

By her second year at CCAD, Bowlin loved her roommates, but was having “a bit of a crisis” about her career path.

“My art just didn’t line up with my career goals,” she said. “I couldn’t force my art into a box it couldn’t go into.”

Instead, she scheduled a meeting with the head of the college’s Animation department and said: “I wish there was a career where I could be a leader for a club in animation.”

Turns out, there is — or at least something similar. Bowlin could be an animation film producer. And the Animation department could refine her curriculum to help her reach this individual goal through independent study.

For her senior thesis, Bowlin is leading her team as an animated short film’s producer.

“I get to take on that role in a collaborative setting,” she said. “The school has helped me seek out the classes where I can learn the role I want. … We’re not faceless numbers at CCAD. We’re friends.”

What started out as a “crisis” had now become a legitimate career path — and a scholarship. Bowlin was anonymously nominated for The Susan R. Scherer Scholarship Fund, an annual award given to one deserving student each year.

With a $2,500 scholarship, she purchased a Cintiq tablet, “which has been really nice to have and do my animation work at home” outside the labs. It also helped her afford to make career connections at several important animation conferences.

“It allowed me to learn about queer representation in gaming,” she said.

Bowlin brought back what she learned to CCAD’s Queer Alliance, which she’s been president of for more than two years. She’s also the communications director of the Animation Student Collective, the annual Art Fair coordinator, and office assistant for the President’s Office, one of two campus jobs she holds.

All of her experience and focus helped her land an internship on the production team last summer at Cincinnati’s Epipheo, a commercial production animation studio.

The scholarship and personal attention she has received at CCAD have helped put her on the path to make it come true.