A first-generation college student with an eye on the future 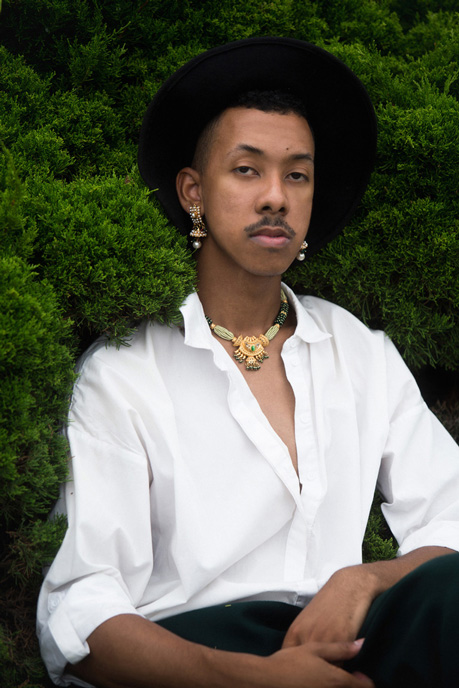 Paying for a higher education can seem daunting to any family, but it’s uniquely nerve-racking for students who are the first in their family to attend college.

So, when first-generation college student Jacob Cartagena (Illustration, 2018) received a $5,000 scholarship for the standout portfolio of work he submitted with his CCAD application, it “put my parents at ease,” he said. “When I found out I had received that scholarship, it was really helpful.”

Now in his senior year, Cartagena is champing at the bit to graduate and get to New York and then Europe, where he will pursue a career as a wardrobe stylist.

“I want to merge music and my art form,” he said. “I want to style artists, events, and music videos, and be known as the stylist everyone wants to work with.”

His time at CCAD has taken him from Fashion Design to Illustration to forming his own stylistic focus that blends mediums. He has served as Vice President of the Student Government Association and led the brand creation for the Thrive giving campaign, developing its logo and brand guidelines.

He has also helped fellow students style their photo shoots and short film senior thesis projects, and worked as a creative designer for a Columbus hair artist.

The work in and out of the classroom has helped him translate branding a campaign, shoot, or school into branding an individual.

“I did make a lot of connections in my classes like editorial illustration and portraiture with being able to analyze someone from every angle and visually rebrand them,” he said.

“My eye is almost robotic now. I can look at a person, look at their company, and find what isn’t reflecting them strongly enough. I want to give you the confidence and strength you need so that if someone looks at you, they’re going to know you own that company.”

Piecing together the experiences and classes to build his unique styling skillset was a challenge at first, but once Cartagena got rolling there was no stopping him.

“Being able to have a personal connection with my professors has made everything a million times better,” he added. “We can really talk about what things are going to look like after graduation and dig deeper into my work.”

At CCAD, he has found more family. Illustration Adjunct Professor Evangelia Philippidis is, Cartagena said, laughing, “like my school mom.”