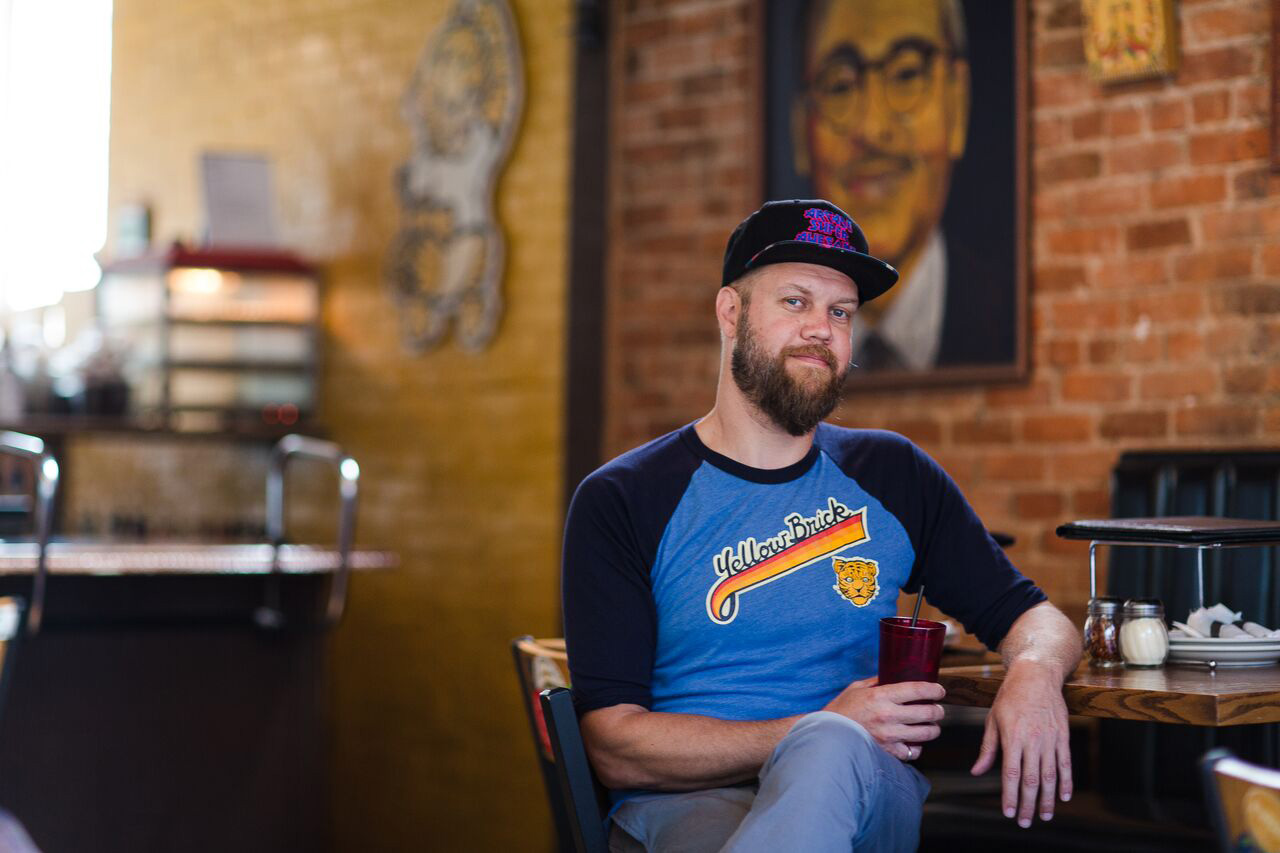 An old episode of The Twilight Zone plays on the TV above the bar at Yellow Brick Pizza. A few customers hang out on this summer afternoon, and the kitchen pushes out the occasional pizza for late lunches. Co-owner Bobby Silver sits beneath his massive portrait of Questlove, which is really an advertisement for a new Philly cheesesteak-inspired pie designed by hot local chef Marcus Meacham. Silver watches as a couple of guys enter the restaurant and stop in their tracks to check out all the art.

“See those guys? I put them on the spot, but they’re looking at my drawing. It’s great. That brings me a lot of joy,” he said, cracking a huge grin.

Silver has lived in the historic Olde Towne East neighborhood since he started classes at CCAD in 1993, renting at first and eventually buying a house. He graduated with a Fine Arts degree in 1999, worked as an art handler at several Columbus art institutions, and eventually fell into restaurant work. He thought it would pay the bills, but instead, “I fell in love with it, working with all these artists and musicians and dancers and writers who were trying to get the most amount of money in the least amount of time,” he said.

Fast-forward to 2011, when he and a business partner bought Yellow Brick at the corner of 18th and Oak in Olde Towne East. Since then, the neighborhood has continued to blossom. Other businesses have opened nearby. Houses have been rehabbed. Silver, who’s 41, and his business partner opened Arcade Super Awesome — an old-school arcade meets bar — upstairs in 2015.

“It’s the single-most rewarding thing I’ve ever done. I’ve worked in the field of art since I graduated,” he said. “But it wasn’t until I turned 35 that I caught my stride as far as what I was going to do with my life.”

Art is at the heart of both Yellow Brick and Arcade Super Awesome. Artists Samantha “Birthdae” Rehark, Clint Davidson, and Paul Giovis created fantastical murals inside and outside. Works by Matt Tisdale, Bryan Benkert, Steven Bindernagel, David Barnes, Scott Vogel, and Alana Odenweller — all CCAD grads — hang on the walls. And Silver, Davidson, Giovis, Craig Dransfield, and Linda Diec collaborated on the logo and branding.

Art is in the muscle of Yellow Brick and Arcade Super Awesome, too, as Silver employs several artists, musicians, and other creatives.

“This was the answer to all my prayers, because I still get to work with really great people and collaborate with them. I still get to hang art and touch art,” he said. “I’m creating what I want to see, period, in Columbus, ... upping the creative class and encouraging people to stay here.”

Yellow Brick Pizza is a big ol’ slice of pop culture where the special pizzas are named for celebrities, musicians, and characters. Here’s a sampling of the celebrity-inspired pizza pairings Silver has helped create and illustrate over the years: 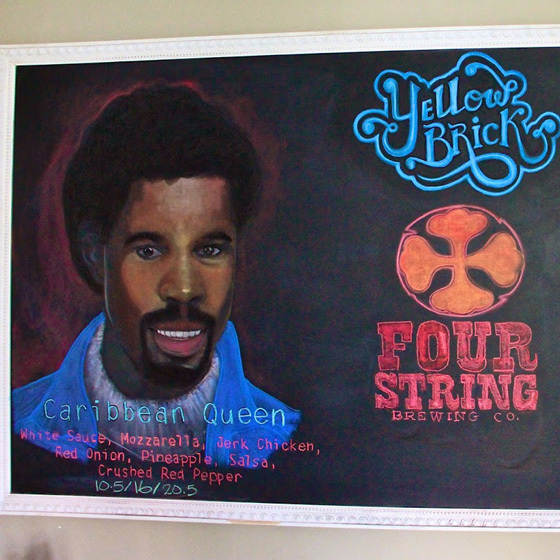 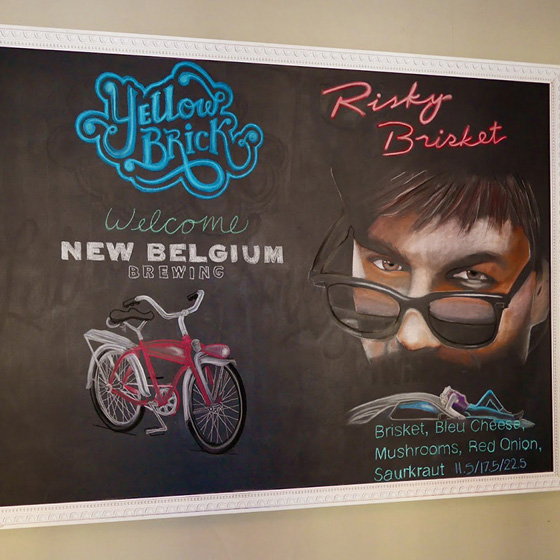 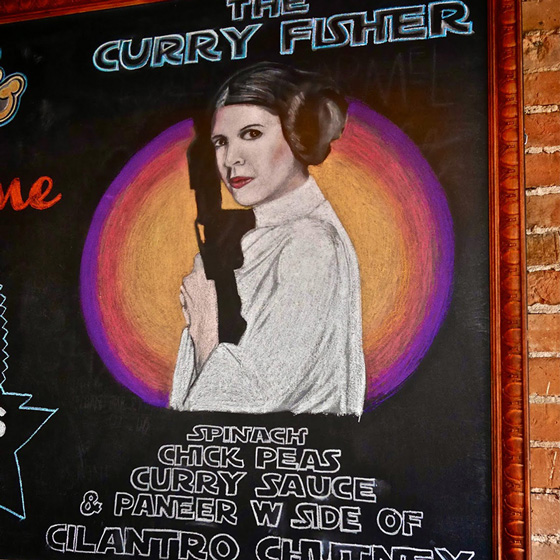 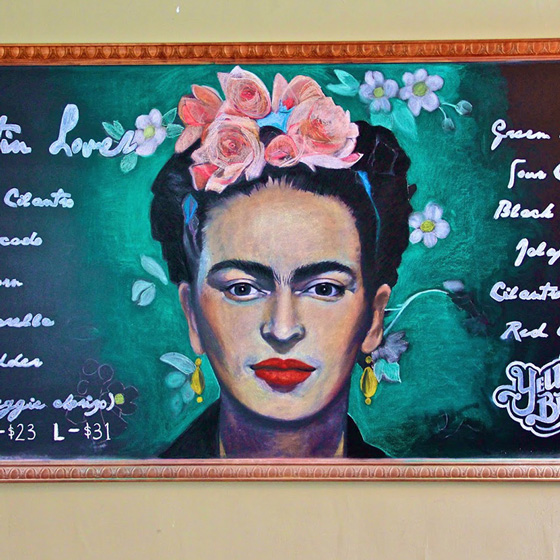 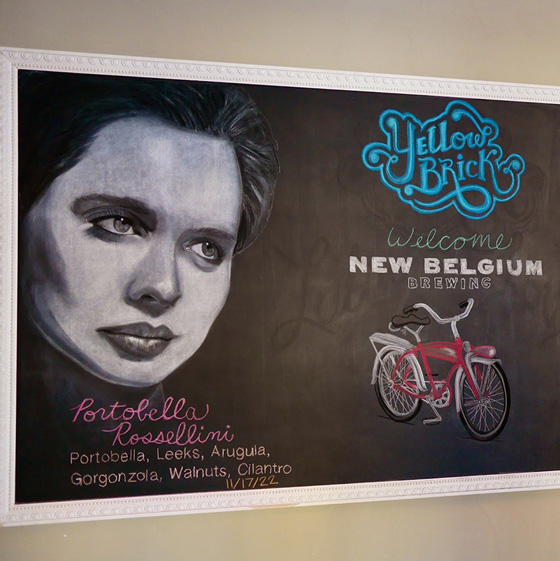 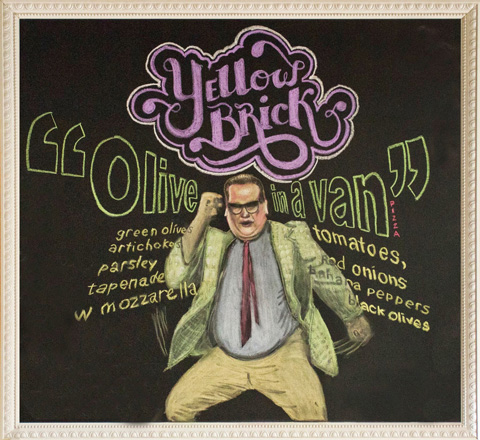