Getting a taste of Bob's Burgers 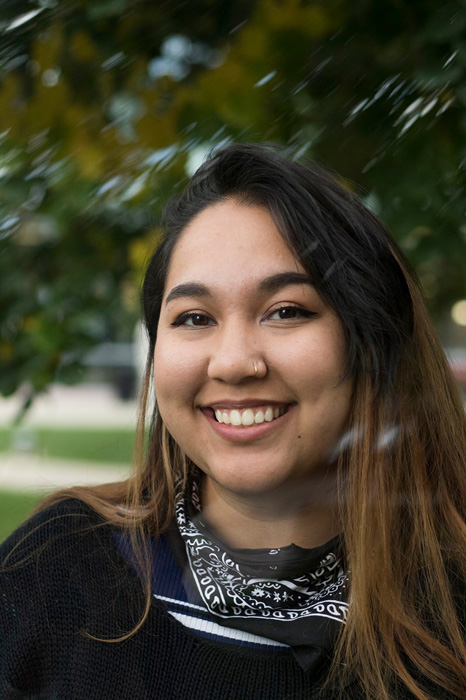 Bob’s Burgers’ season eight premiere in October was a history-maker: an episode entirely drawn by its fans. (Or, as BuzzFeed called it, "the coolest thing ever.")

And Khaila Carr (Illustration, 2018) was among the 62 contributors. Carr’s black, white, and red animation was featured in the show’s opening credits (look for it around the 16-second mark).

Carr was in a Motion for Illustration class when she saw the FOX TV show’s call for entries. She’d enjoyed learning how to animate using After Effects in the class, and wanted to explore more. And it didn’t hurt that she was a fan of the show, too. (Louise, she said, is her favorite character.)

“So I decided to spend one day, which happened to be the day the contest submission was due, animating the entire opening sequence to Bob’s Burgers,” she recalled.

A few months later, she received an email from the Bob’s Burgers team. Her entry had been accepted. “From then on, I was communicating with them in terms of file size, artwork, contracts, etc.,” she said. “It was an interesting process that helped me learn a lot and grow as a professional, both in terms of legal usage of my work, as well as animation in general.”

“This kept me on my toes with being ready to work and communicate when I was needed,” she said.

Still, until the show aired, Carr didn’t know if her work would actually make it onto the screen.

“They had told me at the beginning of it all that even though I signed my work over, there was no guarantee that I'd be on the show. I had to patiently wait until the actual air date to see if I had made it or not. … All I knew was that it was a fan art episode, but I hadn't been shown any thumbnails or snippets. There was a trailer that was released prior to Season 8’s premiere that my animation was included in, but I didn't know about it until the night of,” she said.

Carr tried to not get her hopes up as she waited.

On the night the episode aired, she was at her friends’ house helping them pack for a move. They’d already turned off their cable, so they attempted to stream the episode on a laptop. But technical difficulties stood in the way.

“I officially saw it the next day via Hulu with my dad and dog,” Carr said.

Ultimately, “it wasn’t so much seeing the animation that was exciting; it was seeing my name in the credits that made me feel extremely proud,” she said. She posted her news on Facebook, and was gratified by the reactions she received there, on Snapchat, and on Instagram.

“It was so heartwarming to be shown so much support,” she said.

Carr, who will graduate in the spring, said she’s excited to have her work on view in Bob’s Burgers — and will apply the skills she developed on future projects — “but at the end of the day, I am still making art with the same mindset I had before being on Bob’s Burgers.” Seeing her art on the show was cool, she said, “but I’m keeping my head down and am working extremely hard to finish out my senior year here at CCAD. I'm so set on working towards graduation and whatever it is I'll be doing afterward.”

Learn more about Illustration and Animation at CCAD or apply here.