How CCAD grads helped save the Columbus Crew SC

As a student at Columbus College of Art & Design, John Zidar (Advertising & Graphic Design, 2014) learned to develop a brand and craft a messaging strategy. He also learned to manage projects, stay organized, and work within a team. Those skills proved instrumental in 2017, when Precourt Sports Ventures announced its plan to move the Columbus Crew Soccer Club to Austin, Texas.

Zidar, also cohost of Aces Radio, a nsfw, fan-focused Crew podcast, was among the Major League soccer team’s stalwart fans who created the #savethecrew movement to keep the team in town. Zidar served as Creative Director and Lead Designer for the effort, devoting countless volunteer hours to creating the branding and visuals for the campaign (including the Community Kit jersey), which earned worldwide recognition and was featured locally in such outlets as Columbus Alive.

Zidar isn’t the only CCAD alum who worked to save the Crew. The volunteer-led effort also included Chris Blain (Fine Arts, 2014) and Carly Bevis (Advertising & Graphic Design, 2014), who worked with him designing and painting Save the Crew murals in the University District and Franklinton. Blain also helped with the Community Kit design process, and Bevis worked on graphics for the Save the Crew app and Community Assist programs. “They're both incredibly talented artists in their own right, as well as just all-around great people,” Zidar says of his fellow CCAD grads.

The Columbus Crew will host the New York Red Bulls in its first 2019 regular-season game on Saturday, March 2. In advance of the match, Zidar answered a few questions about design, the Columbus Crew, and the intersection between the two.

How (and why) did you become a Columbus Crew fan?

My parents have always been incredibly supportive of the interests of my siblings and me, so, despite us not being much of a sports family, the soccer fever I caught in the mid-90s spread, and we started supporting the Crew that very first year. Every year my dad would receive a pair of season tickets from us as a Christmas/birthday gift and we would take turns accompanying him to games. My siblings’ interest eventually waned, but an enjoyment of the sport and a love of the Crew is something my dad and I continued to share until his passing last year.

The Franklinton mural at Land Grant Brewery - taken with permission from www.SavetheCrew.com

Why were visual elements, such as the murals, the Community Kit, and other materials, an important part of the Save the Crew effort?

Sports is the business of emotion. Soccer supporters, especially, connect with their team in a way that feels unique and more impassioned than what you see from fans of other sports. So as our campaign progressed it was important to not just battle against the narratives raised to justify a relocation, but to keep the fan community engaged and in good spirits. By keeping the community fueled, they were, in turn, able to continue making noise and voice their protest. In doing so, the topic remained in the front of people's minds and became something that couldn't be ignored.

Social media is where a lot of that noise was made, so it helps increase the success when there are cool images to go with it. It's easy to scroll past a tweet or Facebook post that's just text, especially if it's about something you may not be passionate about or invested in. Now, pair that post with visuals of something that's objectively cool, like a custom-designed jersey, a giant mural, or stadium renderings, and you're going to grab people's attention. People will stop and check out the picture, then, while they're there, maybe read the copy, which causes them to click over to the website. Then, all of the sudden, they read the mission statement and start to grasp the whole picture. Now they join the cause and add to their noise to the choir.

What will you be doing on Saturday, March 2?

What won't I be doing Saturday? I'll be at the stadium, naturally, tailgating with my giant extended family. I'll be laughing and crying; cheering and hugging; singing, dancing, and shouting. I'll be watching my favorite team play my favorite sport in my favorite city, something that many people claimed would never happen again. And I'll be thinking of my dad. 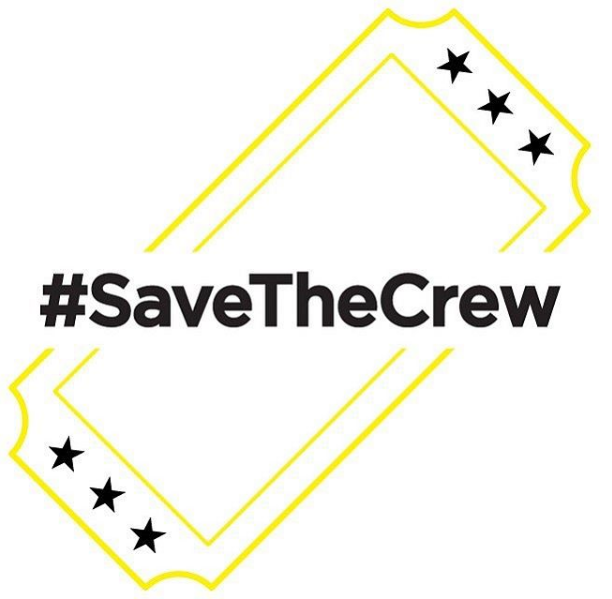 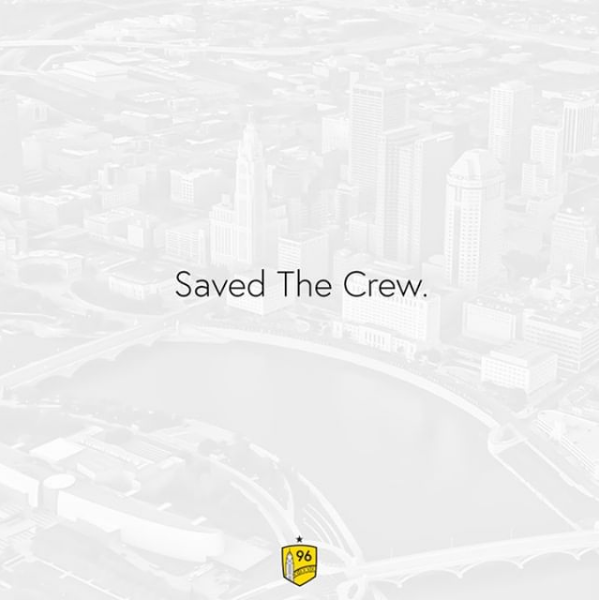 Photos above from the Save the Crew Instagram, used with permission.