The CCAD education that prepared Shorty award-winning Scott Hunt (Illustration, 2000) for the workforce served him well and propelled him to bring big ideas to the world.

As a student at Columbus College of Art & Design, Hunt’s education included a gig working for the late Professor Mark Hazlerig in the 3D Illustration Lab.

Now, as an Art Director at Moxie in Atlanta, Hunt creates work that make Arby’s social media accounts come alive. (Yes, those crazy paper craft constructions, sauce drawings, and sandwich portraits are being made by a CCAD grad.)

His work has included a sandwich portrait of Scooby-Doo (made from a tortilla wrap, ham, lettuce, and American and Swiss cheese), a fire-breathing paper craft version of Drogon from Game of Thrones, and a sauce drawing of wrestlers Becky Lynch and Roman Reigns in reaction to the announcement of which wrestlers would be on the game WWE 2K20.

Earlier this year, Hunt’s talent propelled him to a panel on creative marketing at the SXSW Gaming Expo, where he and his peers chatted about their team’s work for Arby’s. We caught up with him recently about his work. 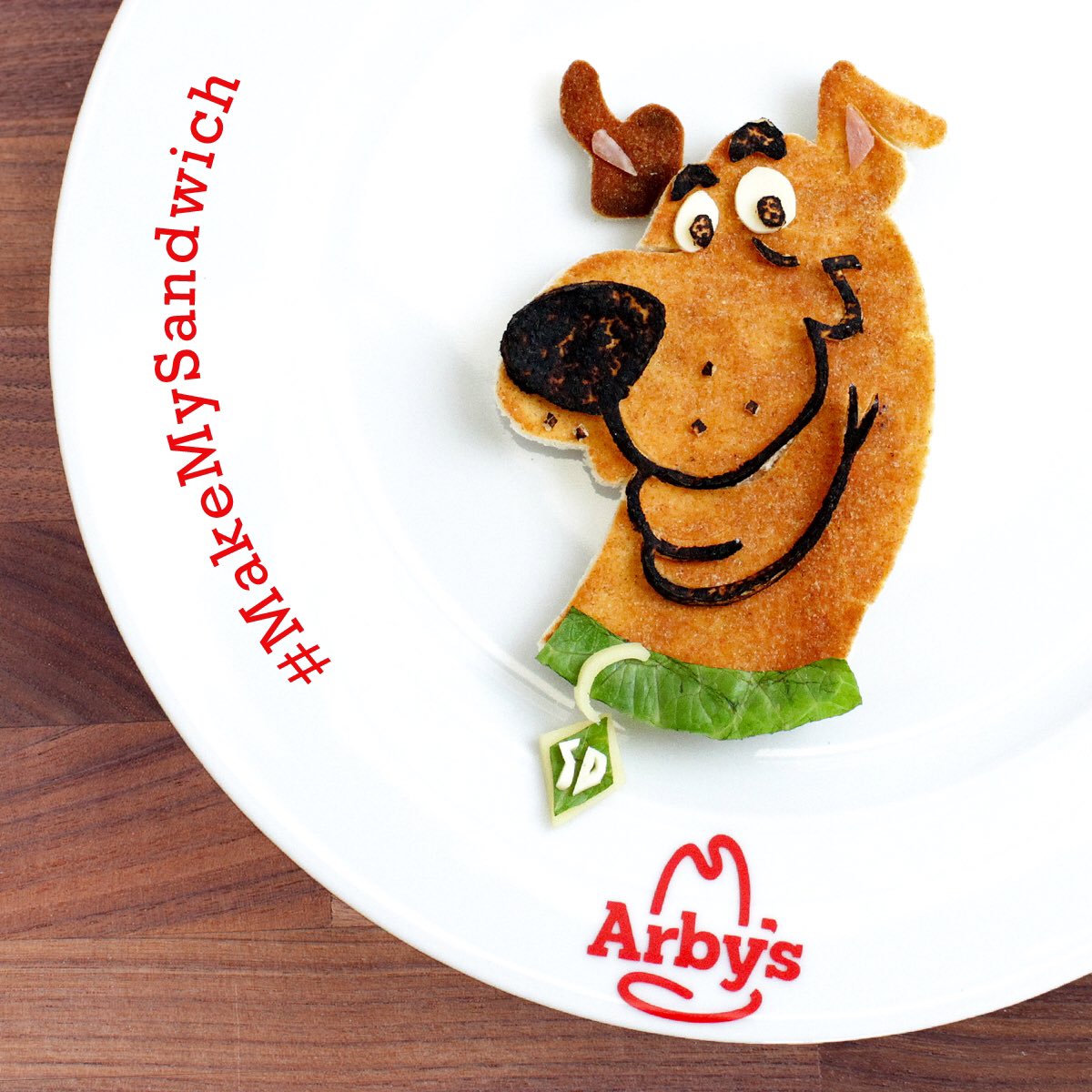 What’s it like making sandwich portraits, sauce drawings, and paper art for Arby’s?

The craziest amalgamation of my very weird skill set. On a given day, I could be building a piece out of packaging, styling food for the shot, shooting the content, or editing the photo or video. I love getting to be so hands-on, although my hands do tend to smell like meat and cheese on the days we make and photograph sandwich portraits.

Working with food isn’t very different than working with layered paper, but it has a much shorter execution time. Meat gets shiny and greasy and cheese starts to dry out, so we usually have about an hour from first slice to shooting the photo on a sandwich portrait. I can spend 30+ hours on one of the more complex paper craft pieces. 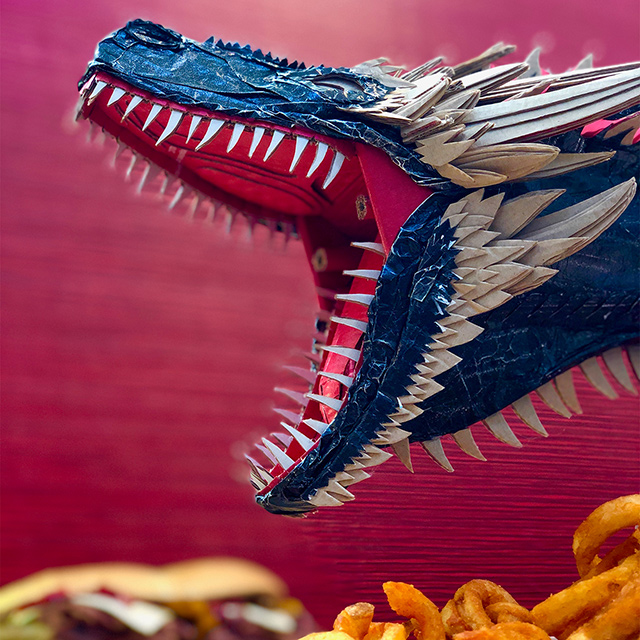 How did it feel to win a Shorty Award for #MakeMySandwich?

Awesome! Getting an award isn’t the only reason we do the work we do, but it’s great to have recognition like that when your team has put so much into making a campaign successful.

How did CCAD prepare you for your career?

CCAD taught me work ethic. I wasn’t a stand-out student at CCAD for having pure artistic talent like other students—I got recognition in my class because I worked my butt off to stay at the level those students were. I learned that to succeed meant being willing to put in the effort and the time, and sometimes that meant staying up around the clock to get stuff done.

What advice would you give to current students?

Don’t underestimate what you learn from your passion projects or hobbies. I created some pretty awesome wedding invitations when my husband (Brandon Hunt, also CCAD class of 2000) and I got married in 2014.

It wasn’t a piece I’d been paid for, but that wedding invitation got me the referral for the Arby’s job because my buddy at Moxie got one in the mail, and those same invitations got me the job when I brought one in for my interview.

And finally, what’s your favorite food at Arby’s?

I love their Buffalo Chicken Sandwich.

Learn more about the Illustration major at CCAD or apply today.

Paper craft version of Drogon from Game of Thrones