An illustration project among friends has global reach 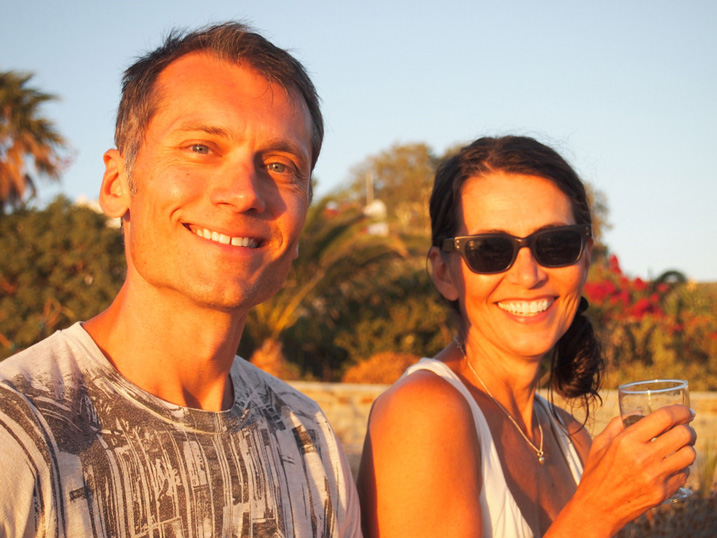 Word to the wise: Visit They Draw & Cook after you’ve eaten a big, satisfying meal — or have snacks at hand. Because it will make you so. Ridiculously. Hungry. The website, the brainchild of CCAD alum Salli Swindell and her brother, Nate Padavick, is stuffed with thousands of illustrated recipes by artists from around the world.

An artist from Sochi, Russia, posted a recipe for Cilantro Lime Pasta Salad, her depictions of tomatoes, onion and mango practically shimmering. Another artist from Denmark illustrated a recipe for Zwetschgendatschi, a cake studded with damson plums. Take any food you can imagine, multiply it by as many illustration styles as you can imagine, factor in the popularity of everything food and cooking right now, and you can understand the potential of They Draw & Cook.

It all started in 2010 at a kitchen table in North Carolina, where Padavick was cooking a pasta dish with figs and Swindell, a career illustrator whose art has appeared on greeting cards, books, patterns, and as hand-drawn fonts, was drawing the figs with watercolors. Long story short: The fun kitchen moment inspired a project among friends, which then quickly snowballed into a collection of recipes from all over the globe — and evolved into a fully realized connector for freelance illustrators and potential clients. Somewhere in the middle was a psychic named Ernesto who predicted wild success. Swindell marvels at the near-overnight success of They Draw & Cook and gleefully recounts its origin story.

“We had no idea what we were starting. It’s the old ’maybe it’ll go nowhere and maybe it’ll go like this and completely change our careers’ thing,” she said.

Swindell’s path to CCAD started in an unlikely place, too. Her freshman year at college, she was enrolled as a Spanish major at Bowling Green State University. “I walked into the first day of class, and everyone is fluent,” she said. She turned around and changed her major to fine arts. That was followed by the realization that she needed to change schools, and soon she found herself at CCAD, studying fashion illustration. “Columbus was absolutely the best place for me. It was real-world enough. It just made sense to me,” she said.

Arriving in the middle of the semester, Swindell found herself in the deep end right away. “I was like, ’Uh, I’m a little out of my league. I have got to figure out a way to differentiate myself,’ ” she said. She couldn’t compete with classmates who were talented fine artists, but she worked hard and found her niche. “I realized I could be more clever. I don’t confuse that with creativity. I had this clever edge, and, yeah, it kind of worked,” she said. “I was never late with work; I was in fear of turning work in late. The schedule was so rigorous.”

That attitude has served her well throughout her career, and she’s delighted to share life and professional lessons with aspiring freelance illustrators. “You need to engage and be out there. Don’t let email dangle. Don’t complain if you’re having a bad day. You don’t need to share it with your clients. They want a job done. They don’t always have time to discover your work habits. They’ll come to someone like me — they know I’m always on time,” she said.

Take it from the pro

Salli Swindell and her brother, Nate Padavick, paired with Modern Thrive to create a three-day course on growing a freelance illustration business. It’s available for purchase so you can take the class at your own pace, on your own time.

Inspired to illustrate a favorite recipe and share your work on They Draw & Cook? Get started here!

Swindell runs They Draw & Cook’s insane Instagram account, which is brimming with inspiration for its more than 52K followers.