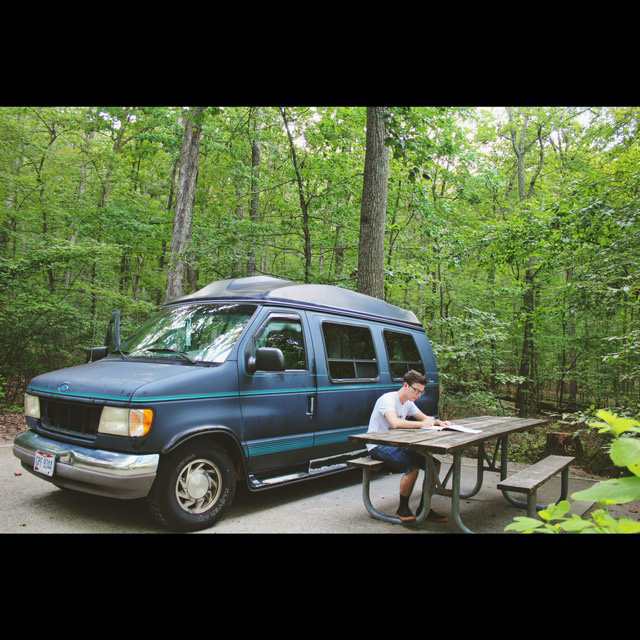 The stuff of wide open spaces — wolves, deer, goats, felled trees and the like — populate Logan Schmitt’s work, appearing on T-shirts, silkscreened prints, and enamel pins. But when it comes to Schmitt’s domestic life, think small.

A degree in the arts can take you down many paths, and in this case, the recent Columbus College of Art & Design grad has found his way in part thanks to a 1994 Ford Econoline E150 given to them by Schmitt’s mother. Schmitt (Illustration, 2016) and his wife of six years, Rachael, make their cozy home in the full-size, retrofitted van.

“About two years ago, Rachael and I started talking about doing a tiny home, or converting a bus or getting an Airstream or something,” Schmitt recalled. A van, they decided would be more mobile, allowing them to easily visit friends, family members, and craft shows around the country, and wouldn’t attract unwanted attention. And Schmitt's mother had just the thing.

With the help of YouTube tutorials, the pair went to work, adding ventilation, gutting the interior, building a bed and storage from wood pallets, and installing a sink from Habitat for Humanity (featuring running water courtesy of a hand pump and two tanks under the vehicle). A roof-mounted solar panel provides enough power to charge their phones; a propane heater, used intermittently, provides warmth in the cooler months (summer heat, Schmitt said, “was a lot worse” than winter’s cold). 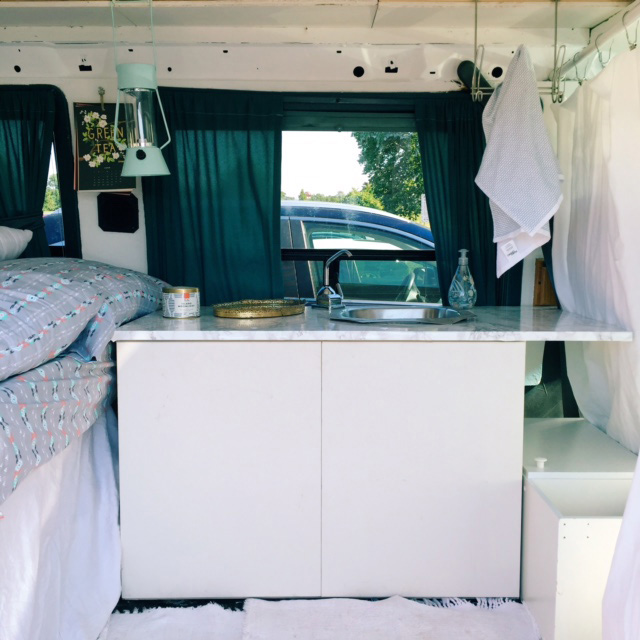 In all, overhauling the van took about a month, Schmitt said. It’s been their home for about six months now, and it primarily functions as a sleeping space and sometimes-kitchen for the couple, whose gym membership provides them assured access to bathrooms and showers.

Schmitt does his design work by computer in a small studio at Blockfort, in Columbus’ Discovery District. He helps out with poster and shirt printing at Upright Press, a screen printing shop on Columbus’ West Side; the arrangement gives him access to silkscreen equipment for his own creations. 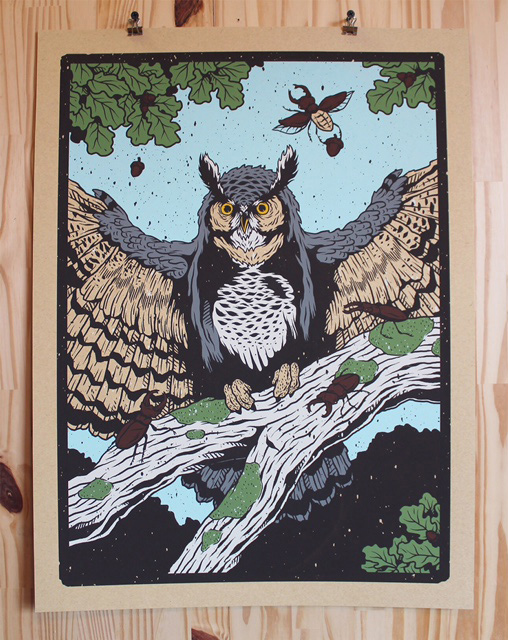 Schmitt, whose style is influenced by the American Art Nouveau movement and by the flattened perspective of Northern Renaissance prints, as well as his love of nature, counts among his clients the Craftin’ Outlaws fair and bands such as If These Trees Could Talk, Mr. Gnome, and Old Crow Medicine Show. He also makes his own art prints for sale online or at craft fairs. 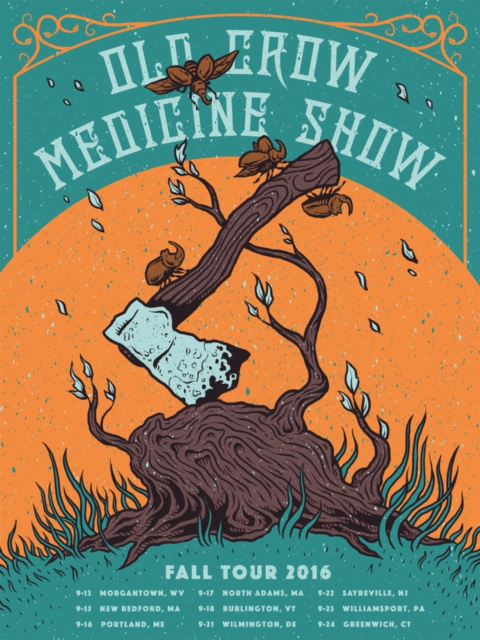 Thanks to their living quarters’ low overhead (both literal and metaphorical), the Schmitts can afford to live on a modest income from Logan’s illustration projects and Rachael’s modeling work. (The two are also collaborating on a home goods line.)

“We wanted to live in a van just for the experience, but it also is a huge help financially,” Schmitt said. “What’s the worst that can happen? I already live in van. People live in vans on accident all the time, so if you actually plan for it, it’s not that bad.” 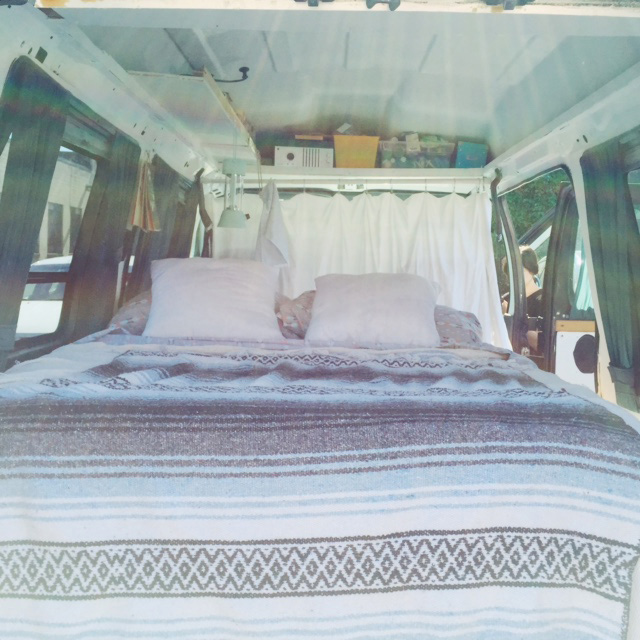 Schmitt’s vision hasn’t always been so clear. The Wheeling, W. Va. native took five years off between high school and college to figure things out.

“I knew I wanted to make art, but I didn’t know exactly how I wanted to go about it,” he remembered. “Then I noticed that all the artists I liked were all poster artists or screen printers in the pop-surrealism realm. Artists who would paint birds and things like that. And so when I got here, I kind of had an idea of what I wanted to do. It was a lot easier to jump in and gear everything I was doing toward my end goal.”

After years working a physically exhausting restaurant gig, art school provided an opportunity for Schmitt to focus on his craft.

“When I came here, I had to do the work,” he said. “Not doing it wasn’t an option — or I’d be wasting a lot of money. I took the time to learn the basics.” 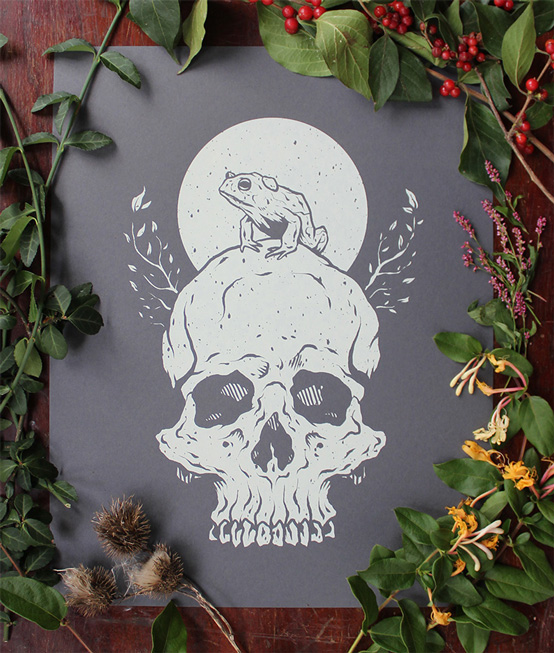 Schmitt began his freelance career while a student at Columbus College of Art & Design, and said “the process I had at school is exactly how I approach a client,” from starting with an initial idea to refining a drawing, to presenting the work to a client and then making additional revisions as needed.

One difference: “Compared to the amount of work we had to do (at CCAD) … it’s less work now,” Schmitt said. Art school, he said, “kicks your butt and gets you into shape for not really having any excuses to not get something done.”