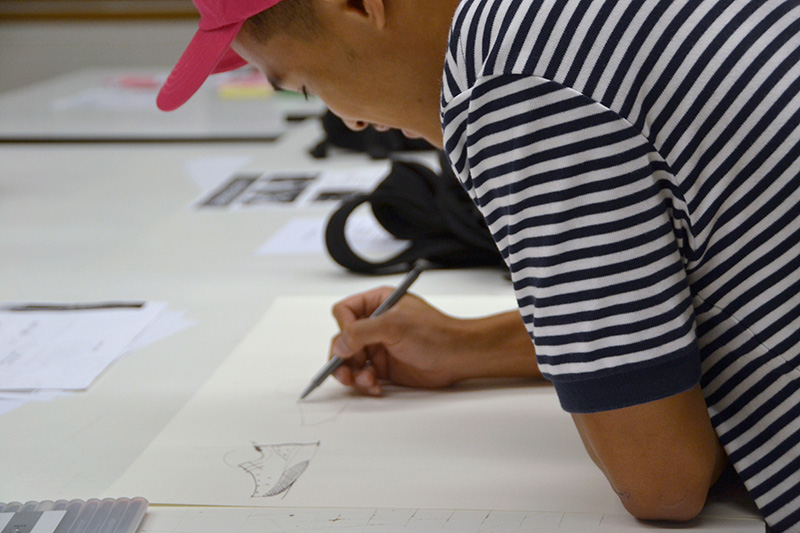 Students received a real-world lesson in shoe design in the fall 2016 semester with a project that saw them conceiving of a new design for Sitrana, a Santiago, Chile-based leather goods company specializing in men’s footwear.

As a result, one — Jeme Khammanotham, a senior Industrial Design major — will see his work transformed into a prototype shoe with the hopes that it will go into limited production and sale in Sitrana’s stores in Santiago and Williamsburg, New York.

Leading up to Khammanotham’s win on Friday, Nov. 4, 2016, students spent six weeks working closely with Ohio native Eric Pitzer, who is leading Sitrana’s international expansion, as well as company founder Jaime Cardemil to create concepts for the brand, learning about Chilean culture and lifestyle and integrating that knowledge into their designs, said Greg Thune, Chair of Industrial Design. Pitzer announced the selection via Skype.

The iterative process saw students submit their sketches and concepts to Pitzer and Cardemil, who provided them feedback to refine their ideas. The students also created one-minute videos about themselves and their design inspiration.

“When we started off, the students were all developing high-tech Nike-looking shoes, and Eric and Jaime both had to remind them that no, this is a casual shoe, but it's an upscale casual shoe and it has a certain look to it — and it's not the Nike look. ... You know, everyone wants to do their own thing, and you have to realize in the design world, we're designing for other people,” said Thune.

That’s a lesson Khammanotham has taken to heart. Over the summer, he participated in an international shoe design contest held by Portland, Ore.-based Pensole Footwear Design Academy for Adidas. “That experience was pretty much the same as this, but that time, I didn’t win. At the time, I was pretty down … but I realized, you have to keep on going, keep on pushing,” he said.

With Sitrana, the project objective was to create a premium dress sneaker for men ages 25-40, with a design that matched its existing brand and criteria such as an all-leather upper with no inner lining. What makes his winning design special, said Khammanotham, “is that I designed the shoe to be worn with a suit, but also casually, so you can dress it up, but also down.”

Khammanotham would like to work for himself or a large company as a footwear designer; he said he’s focused on drawing shoes his four years at CCAD, and that Industrial Design Assistant Professor Delano Ellis’ digital drawing class “has helped me a lot.” 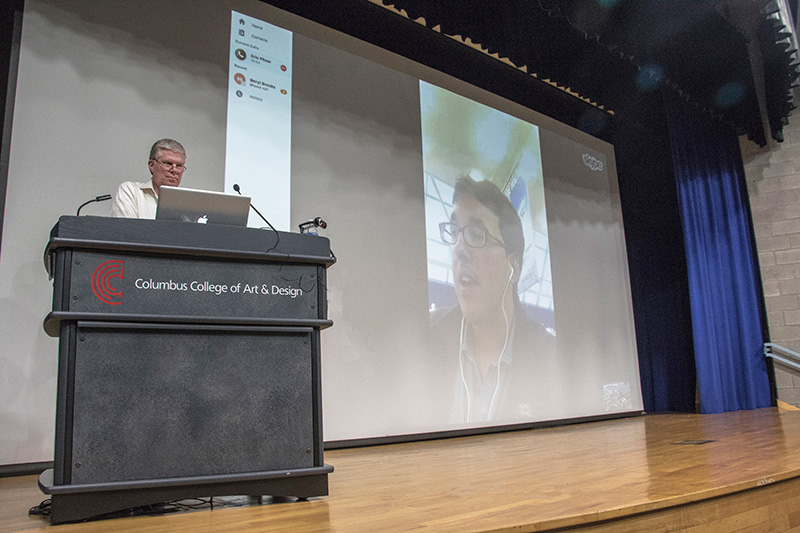 Next up? Most immediately, Pitzer and Cardemil will make an as-yet unscheduled visit later this year to present Khammanotham with a prototype of his shoe concept, handmade by Cardemill. They’ll also lead a shoe design and construction workshop for CCAD students and faculty during the visit. And next year, said Thune, they hope to bring students to Chile for a travel abroad opportunity that could see them not just creating concepts, but also using tools and cobbling the shoes themselves.

Meanwhile, Khammanotham has advice for those who would follow in his steps: “For anyone who’s doing this project, it’s very important to listen to what the client wants. Based on that, you should have a good design.” 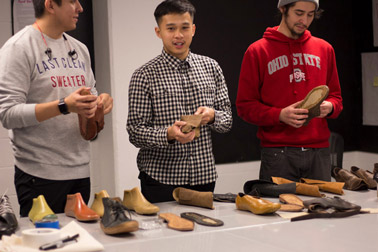 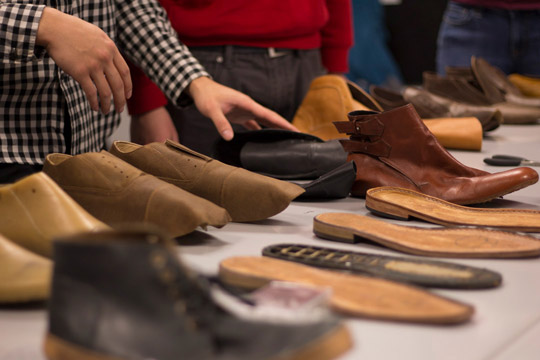