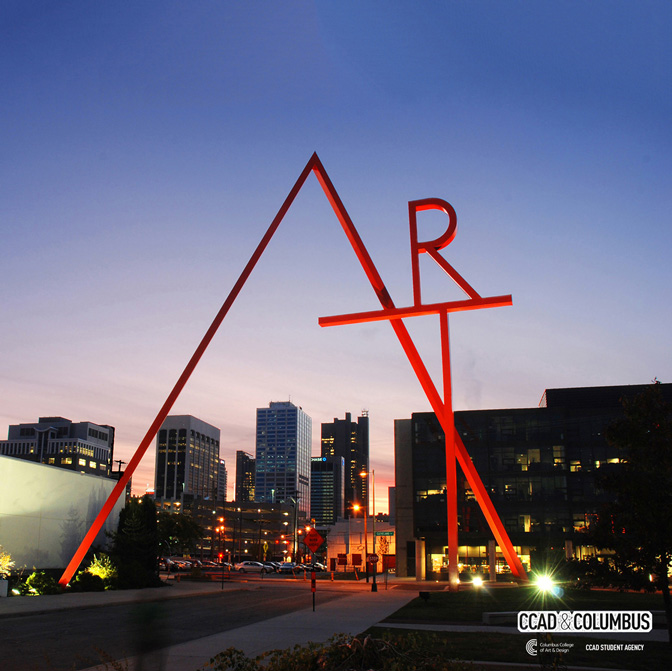 It's a smart and open city where you can make your art and design — and make a difference.

We wanted to show off how awesome our hometown is. So, we turned to the CCAD Student Agency — a group of CCAD student photographers, videographers, illustrators, and designers paid to create work for CCAD and real-world companies — to help tell the story of the thriving creative economy in Columbus, Ohio.

You can find installments of our series here:

Columbus Keeps it Chic with BalletMet

Keep it Chic & Cheap in Columbus

7 Places to Be Seen in Columbus if you're a Creative

3 Cups of Coffee that are Your Cup of Tea

Don't Call us the Next Brooklyn

10 Bites and Bevvies Near CCAD That You Need Right Now

From Industrial Design Student to Restaurateur

Lunch Plans? Travel to the Philippines and Leave Your Passport at Home

For One Fine Arts Alum, Entrepreneurship was in the Bag

Tips, Tricks, and Advice from 2 CCAD Alums and Entrepreneurs

Tech and Design Find a Home in Franklinton

How to Run Your Own Gallery Before Age 40

The New Innovation Hub isn't on a Coast — It's in Franklinton

3 Ways Franklinton Makes You a Better Artist or Designer

For this Working Artist, CCAD Taught Her the How

15 Galleries to Know in the Short North Right Now

How a Creative Found a Community at CCAD

10 Times Someone Noticed how Ridiculously Affordable Columbus Is

From Coffee to Bowling, Columbus is Affordable

7 Ways to Show Your LGBT Pride in Columbus Year Round

An Illustration Project Among Friends has Global Reach

This Ain't Your Grandmother's Library

Columbus by the Numbers

World-class Speakers and Where to Find Them