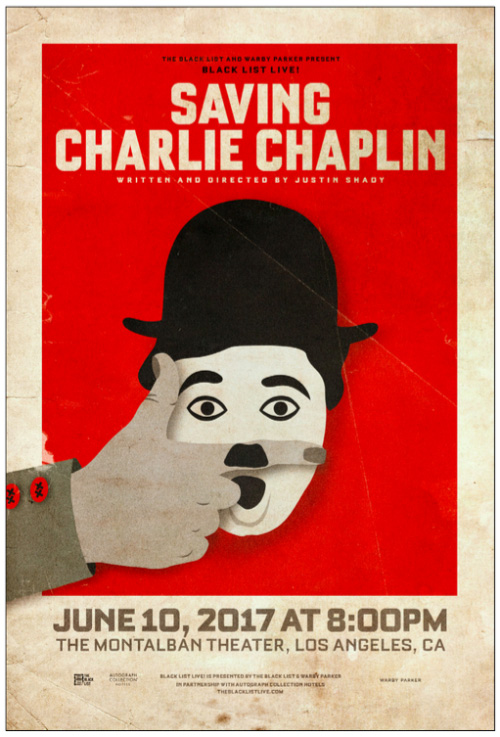 It’s one (very exciting) thing to have your script land on The Black List, a list of Hollywood’s favorite scripts that have not yet been made into feature films. (Films such as Spotlight, Slumdog Millionaire, Argo, and The King’s Speech have resided on the list, as have 10 of the last 20 screenwriting Oscar-winners.)

It’s another thing to get to direct some of your childhood idols and talent you hold in high regard as they read your script aloud, in front of an audience, at a live event. And that’s just what Justin Shady (Media Studies Still-Based, 1998) is doing later this month when he directs a live reading of his spec script Saving Charlie Chaplin at the Montalban Theater in Hollywood on Saturday, June 10.

Among those who will take the stage for the reading are Jon Hamm (Mad Men), who will read for J. Edgar Hoover, and Paul Reubens (better known as Pee-wee Herman) who will read two parts, Charlie Chaplin and Adolph Hitler.

The comedic plot—about Adolf Hitler trying to stop Charlie Chaplin from producing The Great Dictator—was inspired by the North Korean Sony hack on the release of The Interview. Shady started writing in October 2015, and eight drafts later, he had a finished script.

His reaction to the Black List recognition? “Pure elation.”

"What's cool is that we just cast Randall Park to read for one of the co-leads, and he also portrayed Kim Jong-Un in The Interview, so it’s all kind of coming back full-circle." 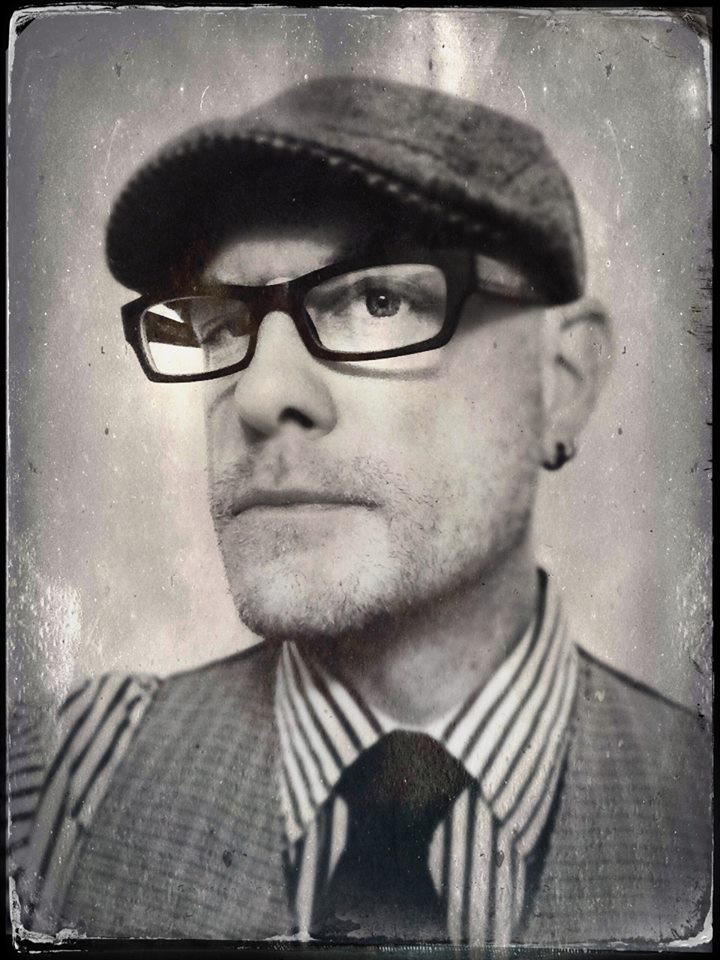 “I moved out to L.A. in 2008, and since then I’ve written eight feature specs (scripts you just write for yourself, for free) and five pilots. So while it may seem like I came out of nowhere with Chaplin, it’s been a long road,” he said.

“Hearing that I made the Black List last December was a huge deal because its significance is two-fold: first, because someone is actually acknowledging that all this work you created, essentially in a vacuum, is good, but also, second, because it spreads the word of both you and your work. I’m on people’s radars now, which is a hard thing to achieve in a city that is literally filled with millions of people desperately trying to get into the same industry." (The recognition was picked up by a number of outlets, including Deadline.)

Shady said he pushed for Paul Reubens for the live reading from the start. “To hear that he read my script (twice, actually, before committing) and that he liked it enough to take part in this event is just beyond … everything, honestly,” he said. “When I was in the fourth grade, my parents dropped me off at a movie theater with two school friends — Amy Hill and Jamin Miles — and we saw Pee-wee’s Big Adventure in the theater that night. If you were to tell me then that someday I’d write something that Pee-wee would read, I would’ve freaked out. Now, I’m 40 and I’m still freaking out. Also, it’s kind of a cool thing to tell people that Paul Reubens is reading for your Hitler. That’s a pretty good conversation starter.”

The Black List event should help gin up industry interest in Chaplin; in the meantime, Shady is developing film and television projects with companies such as Sony, RatPac-Dune Entertainment, The Jim Henson Company, 20th Century Fox Animation, and others.

Scriptwriting might seem a far cry from his start as a photography student, but Shady traces a clear path from his time working on CCAD’s school newspaper to self-publishing, to writing for companies such as Image Comics, to writing for film and television.

“What I took away from CCAD impacted me directly, but not in ways I was even aware of until much later. First, I learned about time and project management, which is something one needs to keep so many balls in the air.” He said. “But also, I walked away from CCAD with this idea that I was a marketable creative person with ideas that could sell. … I attack a photo the same way I do an interview or a screenplay or an outline. It’s all the same thing, just different output.”