A look back … and into the future: CCAD’s history, as remembered by Ric Petry

In his decades-long tenure at Columbus College of Art & Design, Chair, Graduate Studies, Ric Petry has worn many hats and launched multiple programs. We asked him to share a little of CCAD’s narrative from his point of view. 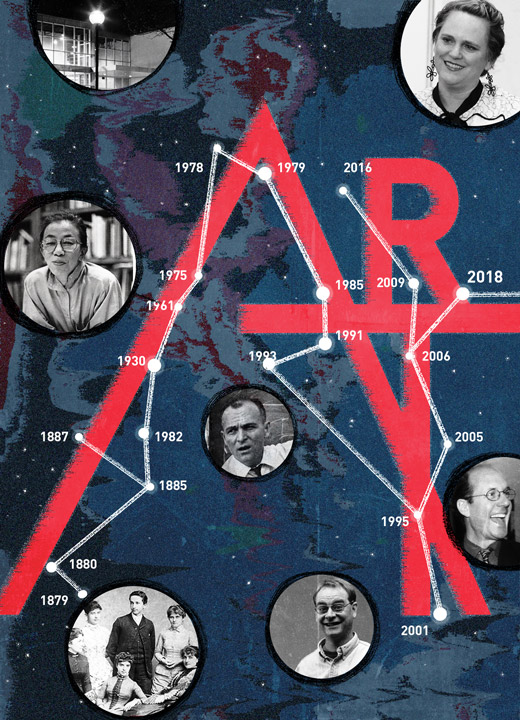 I remember the day — in 1981 — when a small art school in Columbus, Ohio, called looking for someone with an MFA to establish a commercial photography program. At the time, I was working in Philadelphia and New York as a commercial photographer, had just received a National Endowment for the Arts award, and the idea of teaching and making my own images was an attractive one. I also remember my job interview with President Joe Canzani: more of a critique than an interview.

I soon discovered the college was run almost like a family business and Canzani was very much the hands-on father. CCAD’s curriculum was singular to me, having received a BA in philosophy and the history of science, and my MFA work was post-modern. I had never taken a drawing course and had no idea what Munsell color theory was. To me, the Bauhaus was a historical movement. But, here I found a rigorous, cohesive vision of formalist and modernist art picked up from prewar Germany, translated through Pratt Institute, and made manifest in Columbus, Ohio. Once, when I asked about the school colors, I was told —only half in jest — they are chrome and clear, and the college motto is, “less is more.”

When I started my career at CCAD, Photography was part of the Illustration department. In the early 1990s, I helped establish the Photography major and then worked to combine Animation, Video/Film, and Interactive Media to form the Media Studies department. As chair of Photography, then dean of Media Studies, I had the privilege to lead the development of these majors until 2010, when I oversaw the launch of graduate studies with the MFA and, in 2017, the MDes.

Propelled by the growth up to then, the contemporary CCAD was further nurtured into being by President Denny Griffith and Provost Anedith Nash. That CCAD — a 21st-century college — boasted expanded and updated curriculum, student services, accreditation, and assessment protocols. Griffith, a visionary leader, created a coherent campus from a hodgepodge of buildings and preached the value of the creative class to the Columbus community.

Today, the vision of current leadership, with Dr. Melanie Corn ably leading the charge, is assuring that, through programs such as the MDes, CCAD continues to provide creative and thoughtful leaders well prepared for the future.

Through all these changes and developments, the one thing that hasn’t changed over the past 37 years is the students. Since 1981, they have amazed, surprised, and inspired me. To paraphrase James Joyce, they are creating our uncreated consciousness, and I count myself lucky to be a small part of their inspiring growth and development.

Learn more about CCAD's Master of Fine Arts and Master of Design in Integrative Design programs.