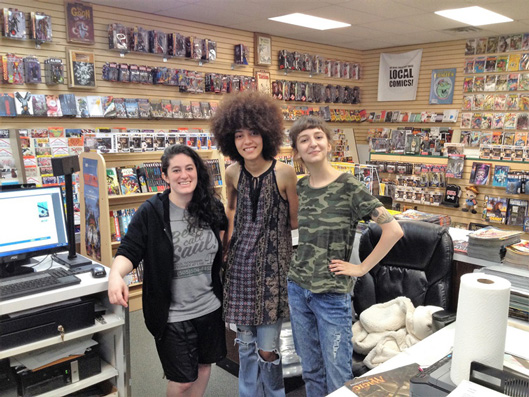 Who are the Valkyries? They’re the women working behind the counters of comics shops around the world. Three Valkyries with Columbus College of Art & Design connections — Lauren McCallister (Illustration, 2015), Alissa Sallah (Illustration, 2016), and Sarah Edington (Fine Arts, 2012) — are among those profiled in a new book by Dan Gearino called Comic Shop: The Retail Mavericks Who Gave Us a New Geek Culture.

“Some comic shops have felt like clubhouses for men, in part because of the content of the comics, with title after title that featured overmuscled men, busty women, and lots of fight scenes. In other words, the product went a long way toward determining the audience,” Gearino wrote in his book, which goes on sale in October 2017.

The rise of the Valkyries, wrote Gearino, a business reporter for The Columbus Dispatch, “is part of what has been a sometimes contentious shift in comics culture. Some of the fans don’t like what they see as a proliferation of politically correct comics and shops. Gender is just a part of this, as Marvel introduced many new versions of characters that were previously best known as white men, such as a Korean American Hulk, a black Captain America, and a white female Thor. … The Valkyries are responding to what has been, and in many places remains, a male-dominated comics culture. Sexism permeates many parts of the industry, from the depiction of women in comics to the way that some store owners and employees treat female customers.” 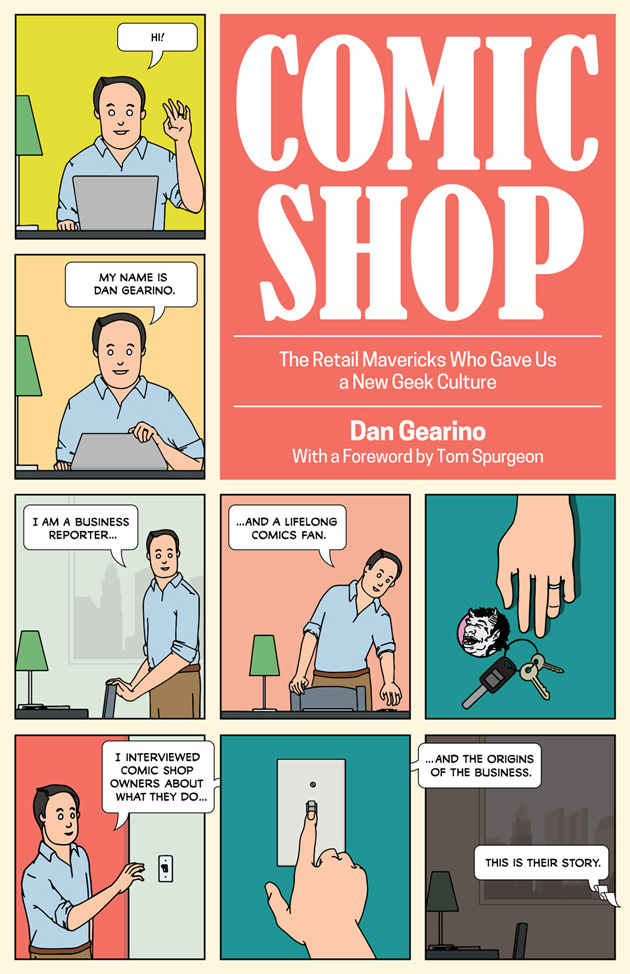 Read more about the Valkyries (including the local connections to the group) in the excerpt below:

On most Saturdays at The Laughing Ogre, the employees are all women. The trend started in the fall of 2015 with an influx of new workers, a quirk of scheduling. Lauren McCallister, the store’s assistant manager, was in charge. The other Saturday regular was Sarah Edington, who started at the store in the summer of 2015, following some time at a T-shirt printer. For much of 2015 and 2016, the third slot was taken by Alissa Sallah, an art student who draws her own comics.

A decade ago, it would have been remarkable to see a comic shop staffed on a busy weekend day with no male employees. Comic book readers were overwhelmingly male, and so were the people who sold comics.

But the gender mix was changing. The number of female readers grew, which led to publishers putting out more titles aimed at women, or at least not aimed strictly at men. And more women started working at comic shops. This is according to interviews with shop owners and employees. Unfortunately, there are no reliable data about the gender mix of shop customers or employees.

“I’m glad that things are the way they are,” McCallister said. “I’m glad we have a lot of ladies.”

As the store struggled through a difficult stretch of sales, the role of women would be essential. Female customers are more likely than male ones to prefer comics from independent publishers and to buy comics in book form, employees said. The store’s sales of those items were rising and helping offset some of the losses from periodical comics from Marvel and DC.

The three women at Laughing Ogre are members of a group called the Valkyries. To explain what this means, we need to go to Halifax, Nova Scotia, in 2013. An up-and-coming cartoonist named Kate Leth was an employee at a comic shop called Strange Adventures. She saw that the store’s owner participated in an online message board for comics retailers, and got the idea to set up something like that, only for women. She started an online club called the Valkyries, with a members-only message board and meetups at comic conventions. The group had 150 members as of January 2014.

Member number 147 was Annie Bulloch, co-owner of 8th Dimension Comics & Games in Houston. “I’ve never been much of a joiner,” she said. “But I joined, and I loved it. It was great. It was nice to be able to talk to people who had similar experiences and insight.”

For more on the history of comic book shops (including pioneering women like the Valkyries), pick up a copy of Comic Shop, which is available at a discounted rate via Ohio University Press. The book is also available for purchase at The Laughing Ogre, Amazon, and elsewhere.