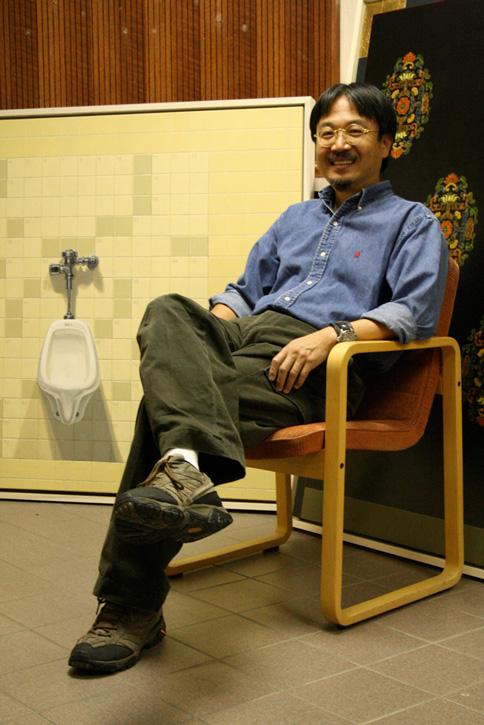 During that time, Lee, a talented painter and gifted educator, helped thousands of students develop as artists and designers.

In the 2000s alone, Lee taught nearly 2,000 students, including students who nominated him for CCAD’s Teaching Excellence Award.

“Not only was Mr. Lee patient with every student, regardless of what level they were at,” one former student wrote, nominating him for the award. “He taught me the single most important thing when developing an idea or beginning a project. I have used this philosophy on many projects, negotiations, and opportunities in my professional career. It’s simple advice really, two words: ’Start Today.’ ”

He was posthumously named Professor Emeritus.

Lee was born in Hong Kong and moved to Canada after high school to continue his studies.

He earned a BFA in Studio Art from Concordia University in Montreal in 1979 and then moved to the U.S., where he earned an MFA in Painting from Cranbrook Academy of Art in 1981.

That same year, Lee joined CCAD, teaching for a year before returning to his native Hong Kong, where he worked as a lecturer at the Swire School of Design at Hong Kong Polytechnic University. He received tenure in 1987. But with the urging of Joseph V. Canzani, then president of CCAD, he returned to Columbus with his wife, Johanna, and resumed teaching at CCAD in 1987.

During the next three decades, Lee taught painting and drawing at CCAD. He served as Chair of Drawing and Printmaking for seven years and made critical contributions to the Honors and MFA programs. He took on new classes and a new schedule whenever asked and did so enthusiastically. And he was an active member of CCAD’s Diversity Task Force.

Lee was also a talented and established artist. His work has been shown globally and is represented by Anthony Brunelli Fine Arts Gallery in Binghamton, New York, and Clark Gallery in Boston, Massachusetts.

He was a recipient of the Individual Artist Fellowship from the Greater Columbus Arts Council. And he won the best of show at the 76th National Midyear Show at the Butler Institute of American Art.

Beyond his talent as an artist and educator, Lee was known for his positivity, which won him over with students, faculty, and staff alike.

“Gordon’s positivity, even when giving criticism, made him a very popular teacher — almost as popular as he was as a colleague,” said Julie Taggart, Dean of the School of Studio Arts.

“As a member of the faculty, Gordon was equally valued by veteran faculty and by those new to academia,” Taggart said. “He mentored new faculty while maintaining strong ties with faculty that retired years ago. I have never heard anyone say a negative thing about Gordon. We all loved him and will miss him dearly.”

“We’ve been friends for 32 years,” Viveiros said. “Gordon was a thoughtful person. He was a kind person, and he’d always be there for you.”

Lee leaves his wife, Johanna Lee, and other family members, including his mother, sister, and brother.