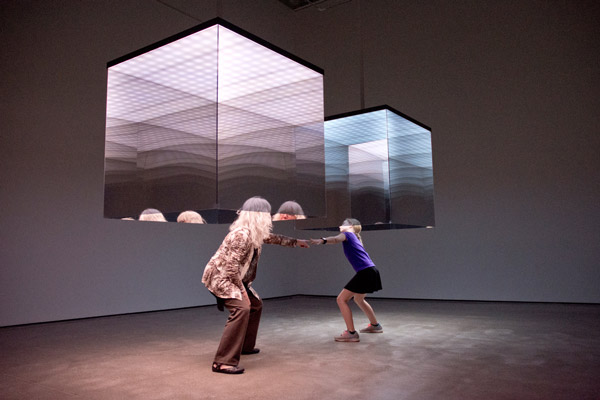 Two-Way Protocols, a work by Zane Miller (MFA, 2017), has been shortlisted for this year's ArtPrize in the installation category.

The annual ArtPrize event attracts more than 500,000 visitors and opened on Wednesday, Sept. 20, 2017. This open, independently organized international art competition takes place for 19 days each fall in Grand Rapids and awards more than $500,000 in prizes annually, including a $200,000 prize awarded entirely by public vote and another $200,000 prize awarded by a jury of art experts.

Miller's work is part of the group exhibition Society of Spectacle, which opened Tuesday, Aug. 29, 2017 at the Fed Galleries at Kendall College of Art and Design in downtown Grand Rapids, Michigan.

Two-Way Protocols was originally exhibited in April as part of Before Next There Is Now: 2017 New Projects MFA Thesis Exhibition. (Find Columbus Alive coverage of the show here.)

Society of Spectacle will run through Sunday, Oct. 8.