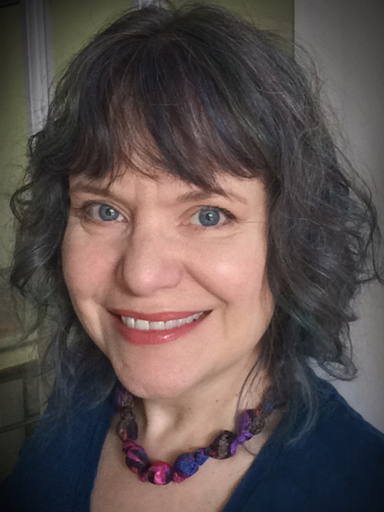 Julia Hamilton (Master of Fine Arts, 2019) has always seen things a little differently than most people. For her, there’s a visual relationship between numbers, letters, and colors. She sees the color magenta, for example, when she thinks of her name, Julia, because it starts with J.

In her mid-20s, while working as an Information Technology professional, she told some colleagues about what she saw. She was designing a COBOL program and struggling with some code, confusing Cs and 3s because, as she told them, “they’re the exact same shade of green, chartreuse.”

“This is when I first realized that other people don’t see the colors,” Hamilton says. “I quickly learned to keep the obvious relationship between numbers, letters, and colors to myself.”

And she kept it to herself for nearly a decade and a half, until she found out there was a name for what she experienced — synesthesia. This benign condition of the brain adds sensory attributes to unrelated concepts. It can take many forms, and Hamilton has the type of synesthesia where she can “see” music. 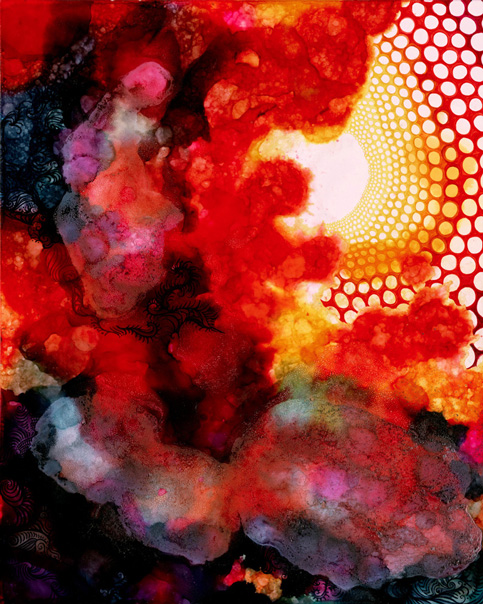 This knowledge was revelatory, but it wasn’t until Hamilton reached an important milestone that she began to really dedicate herself to turning that gift of synesthesia into her life’s work.

When Hamilton was 10 years old, her father died suddenly of a heart attack.

“So when I turned 45,” she says, “I had conscious thoughts that this was how old Dad was when he died. If I died, this would be my life.”

She started to wake an hour earlier every morning to create art before heading to her job doing IT work. Those a.m. studio sessions became very important to her.

“That’s when I started really, really making art,” Hamilton says. “Then it got to the point where I was making so much art and not showing it, not doing anything with it, but it was becoming more of my identity. And so, in 2014, I actually made a plan on paper and said this is my goal. This is what I want to do. By the end of 2014, I was accepted into a juried show. I had two acceptances in that year.”

She went on to have solo shows; get her own studio at 400 West Rich; and have her artwork installed as part of the Short North Temporary Mural Series (at High and Starr, sponsored by Sean Christopher Gallery). In 2017, she cut back to working 20 hours per week in IT so that she can be a full time artist. She is currently an MFA candidate at CCAD.

A body of work inspired by Hamilton’s synesthetic interpretation of music is on view now through Feb. 18 in a solo exhibition titled In Loving Color at Franklin Park Conservatory & Botanical Gardens. It’s a complementary exhibition to the Conservatory’s equally brilliant, colorful orchids showcase.

Each piece in the In Loving Color exhibit is Hamilton’s interpretation of a song, from “Madness” by Muse to “The Sound of Silence” by Simon & Garfunkel to Bach's “Toccata and Fugue in D Minor.” She uses the way the colors and motion of a song play in her head to create each image’s visual experience.

The work is made using different combinations of alcohol, ink, watercolors, pencil, acrylics, and pastels, often working in layers. Sometimes she lights the alcohol ink on fire, giving a piece more texture and chaos.

“I want to get people thinking about the differences in the way we experience the world,” Hamilton says. “It is as though our brains are making order out of the chaos around us in different ways.”