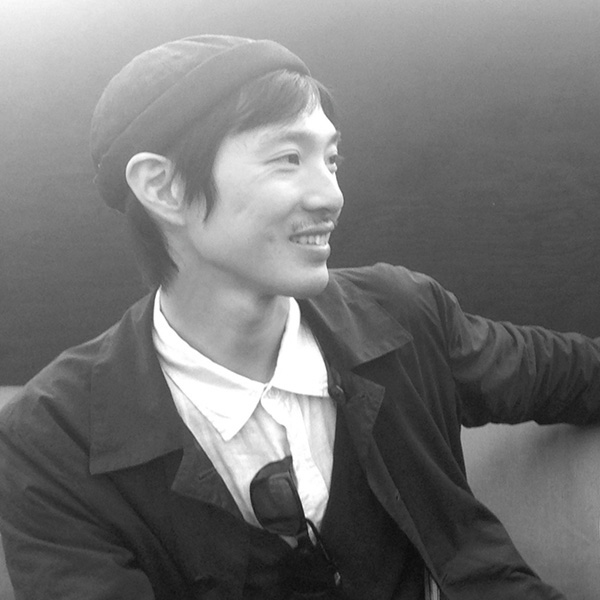 Former Palais de Tokyo curator, artist, and writer Jo-ey Tang recently joined Columbus College of Art & Design as the Director of Exhibitions at Beeler Gallery. We talked to him about his experience and his vision for the gallery.

What’s your vision for Beeler Gallery?

I hope to activate Beeler Gallery with an ethos of "slow programming," where the CCAD community can deepen encounters with artists, designers, filmmakers, and thinkers, in engaging with their practices, developments, trajectories, and influences.

A gallery within an art school context can experiment with multiple forms and temporalities, in ways that other public institutions and commercial galleries cannot. It is a kind of free space where exhibitions, performance, conversations, events, and online projects can interpolate and elucidate one another. Each academic year, beginning in 2018-2019, Beeler will focus on a core group of artists and/or a theme, and I hope that each encounter at Beeler will open up intersecting lines of inquiries. The programming of each semester will be conceived as a season. I am curious as to how artworks and artistic practices can find resonances through shifting juxtapositions and context, and reveal themselves through time.

As the CCAD community engages with Beeler on a regular basis, it functions as an open platform to enlarge the perception of what is possible in our creative social lives. Taking the necessary time for me to understand the vibrant cultural ecology of Columbus will be paramount, so that Beeler Gallery can offer sustenance to diverse artistic practices, through local, national, international co-productions and collaborations.

Who has been the biggest creative influence on your life?

Is it too much to say life itself? Or cinema. I used to go to the Berkeley Art Museum / Pacific Film Archive as a teenager. My former teacher Trisha Donnelly had once instructed her students to not produce any artwork during our short semester abroad in Berlin. Taking a short period of time to absorb was the beginning of a very fruitful creative period.

What interests you about Columbus?

The role CCAD plays within the city of Columbus is a big draw for me. I am interested in how Columbus serves as a weathervane for the rest of the country, both socially and creatively, and how it redefines the idea of the contemporary American city. I love cities, and having lived in Hong Kong, Paris, the San Francisco Bay Area, and New York City (and a few years in small-town Minnesota), I look forward to fresh experiences in Columbus.

Can you talk about a recent show you curated before coming to Beeler Gallery?

More Than Lovers, More Than Friends, which was on view in 2016 at Center for Contemporary Art FUTURA, Prague, was structured around the idea of convolution. Convolution is a mathematical operation in which the combination of two sets of numbers produce a third dimensionality. In music programming, the spectral profile of one sound can be put in the amplitude envelope of another. Essentially, it is how two disparate forms can produce a third intertextual entity.

In addition to artworks that are set up in "convolution," More Than Lovers, More Than Friends featured a performance of small gestures and sound by K.r.m mooney, Sonja Engelhardt, and Thom Kubli, with the former two performing for the first time. We also included the exhibition posters in the exhibition space itself. The posters were turned into a floor installation on which video screening and performance took place. And the drafts of the first French translation of American poet Tan Lin, by artist Pierre Paulin and translator Maxime Boidy, supplied the ongoing text for the duration of the exhibition. We closed out the exhibition with an evening of conversation and audio “screening” in a traditional Czech bar.

Another project, Ring the Clock, worked with scale in a very different way. I asked artist Rochelle Goldberg, who recently had a solo exhibition at SculptureCenter, New York, to use a hole in the wall as a space for reflection. The hole was left behind from an installation by artist Elaine Cameron-Weir. It was a very open process. Goldberg translated a 16th-century text De la Magie ("Of Magic") by Renaissance philosopher Giordano Bruno. She created a PDF of graphical pages with her translation. I hope to reactivate Ring the Clock at Beeler Gallery.

Can you talk about your practice as an artist?

I work in various media, from text to sound to objects, that are porous to each other and to social and life conditions, as a way to reflect on the life cycle of images and objects. I look forward to how Columbus and CCAD will shape my artistic practice.

What’s something about you that people would be surprised to know?

Let's leave this for the surprises.