Photography alum's work on view at The Met 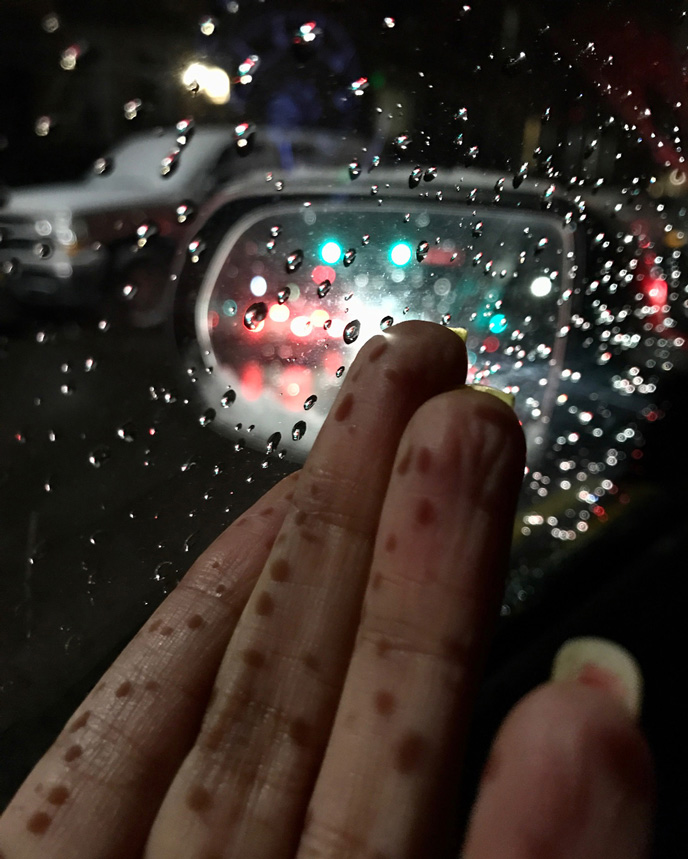 Almost as soon as Manjari Sharma (Photography, 2004) arrived at CCAD, she thought about leaving. Adjusting to the differences of Columbus compared to Mumbai, where she grew up, proved difficult.

A perceptive professor recognized her distress and asked her not to rush a decision, and then another professor emeritus, John Fergus-Jean, showed her class his collection of Native American portraits by Edward Curtis.

“From there, I was sucked in,” Sharma recalled. “The photo department has some incredibly passionate teachers.” Ric Petry had a big influence, Sharma said, as did Helen Hoffelt’s art and technology class. 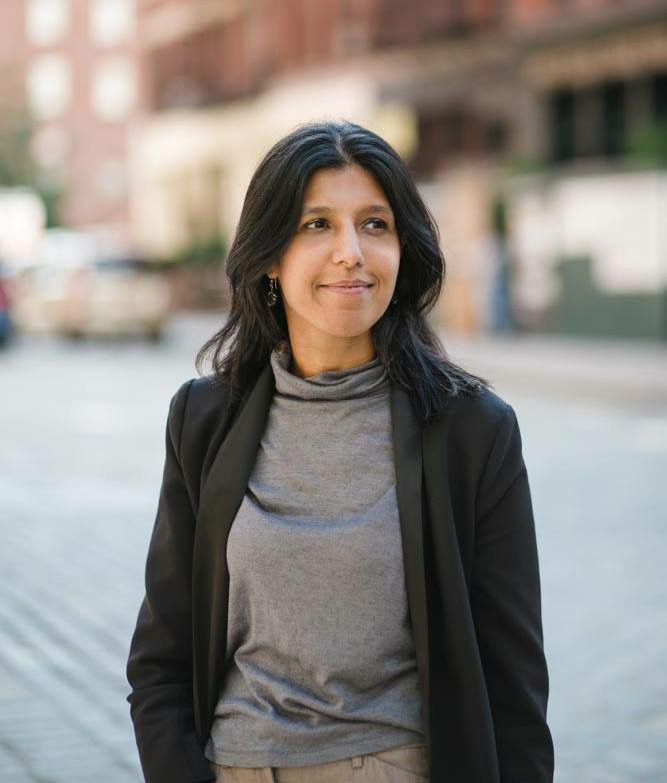 And yet another CCAD professor came to mind last year when Sharma got a call from The Metropolitan Museum of Art.

The Met was planning an exhibit that explored the camera phone’s influence on form. It commissioned Brooklyn-based Sharma and 11 other artists in pairs. Together, the two would have an entirely wordless text conversation of pictures taken on their phones.

The five-month discussion could be about anything — as long as it happened visually.

“The content and frequency of our discussion was up to me,” Sharma said. “It reminded me of my color concept teacher at CCAD [Alice Frenz] and the first time she handed out an assignment and said, ’Do whatever you want.’ That stumped everyone. It took a second to think, ’What do you want to talk about? What makes you choose and why? Why do you tell the stories you tell?’” 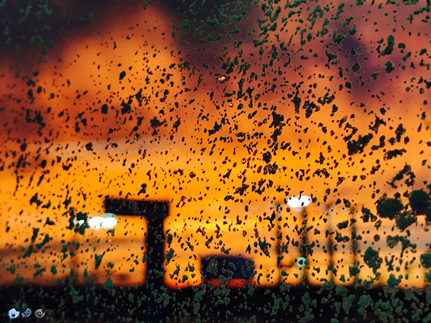 Sharma’s professional stories have included a series called Darshan that re-created, in exquisite detail, classical images of Hindu gods and goddesses (selections of which on view through Oct. 15, 2017, at the Kunst Museum Moritzburg in Halle, Germany). For the Met exhibit, titled Talking Pictures: Camera-Phone Conversations Between Artists, Sharma wanted to address issues of women’s empowerment, particularly in Indian culture.

This was the plan, at least, until she selected her invitee, Irina Rozovsky, assistant professor of photography at Massachusetts College of Art.

In the preparatory discussions between these two professionals, who had only met once, Sharma decided to come clean about something. A detail that might affect their work together. She was in her first trimester, expecting her second child. 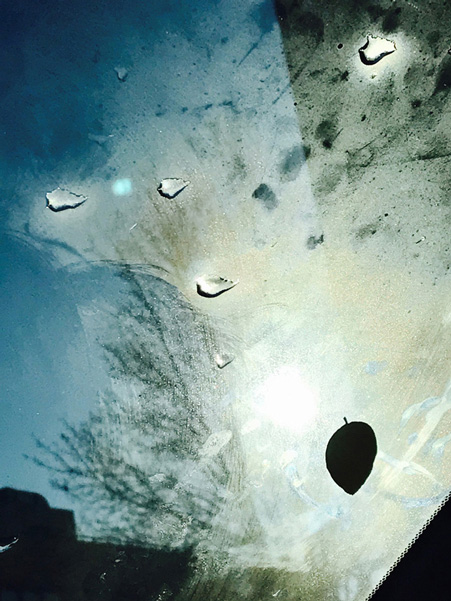 But another twist awaited: Rozovsky was pregnant, too. Their children were due at the end of the commission, only three weeks apart.

“It still gives me goosebumps. It was completely serendipitous,” Sharma said. “We recognized we’d been gifted an uncanny similarity, so we should definitely address that.”

Their text conversation began with the idea of a nucleus and how something as big as life stems from something so small. Round shapes are a continual theme throughout their exchange, which resulted in 122 images, displayed in chronological order at The Met. 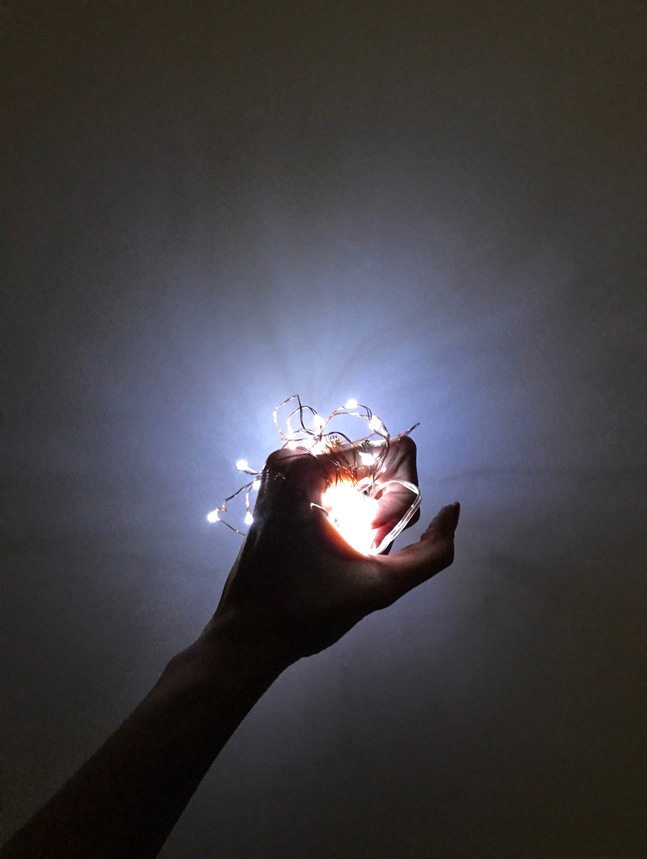 Then came something else they couldn’t predict: The U.S. presidential election. 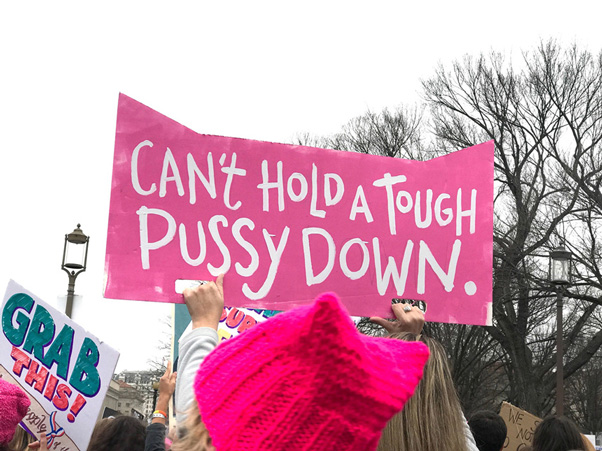 “The country turned into a politically turbulent headspace for so many artists,” she said. “But we also had this quiet, inescapable joy of the positive beauty we were about to encounter in a few months. The whole body of work became a dance of escaping into our minds and bodies, then delving back outside to what was happening.”

Alongside metaphorical images of pregnancy and life, identity and growth, are references to the past year’s political marches and rallies, fear, and fury. The series ends with very literal images of the birth of both artist’s children — a scene Sharma directed with purposefully intense realism. 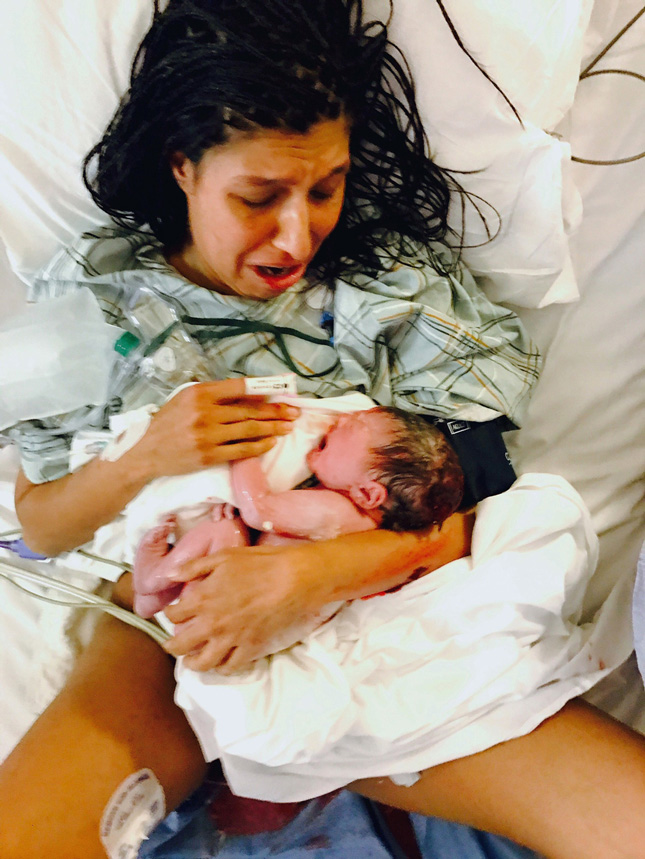 “This is not about kittens and rainbows,” she said. “You see the gush of blood and the pain life is born with. There’s an immense beauty to that violence. To keep the world from it is to say, ’Clean it up,’ which is far from reality.”

Knowing this was her final pregnancy also influenced her artistic choices, and garnered a unique representation of an individual ending running parallel to a great societal shift. 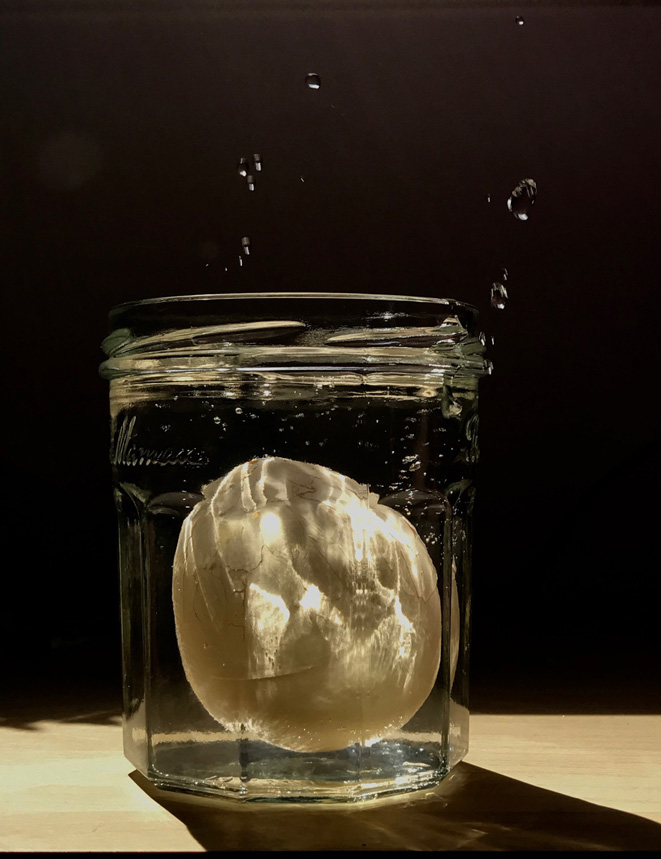 As Sharma prepares for her future work — including an exhibition at Emory University’s Michael C. Carlos Museum and next year’s exhibit at Chicago’s Ukrainian Institute of Modern Art — she will undoubtedly pull from her lessons not only at CCAD, but what she learned through Talking Pictures.

“There’s always hope, something new and fresh,” she said. “Something with wings.”

Talking Pictures: Camera-Phone Conversations Between Artists is on view at The Metropolitan Museum of Art through Dec. 17, 2017. Read more about the exhibit and Manjari Sharma’s work in The New York Times, Artsy, El Pais, Berlins Zeitung, and The Verge.

Reflections of India, which includes Sharma's work alongside that of Andre Wagner and Manfred Paul, is on view at the Kunst Museum Moritzburg in Halle, Germany through Oct. 15, 2017.