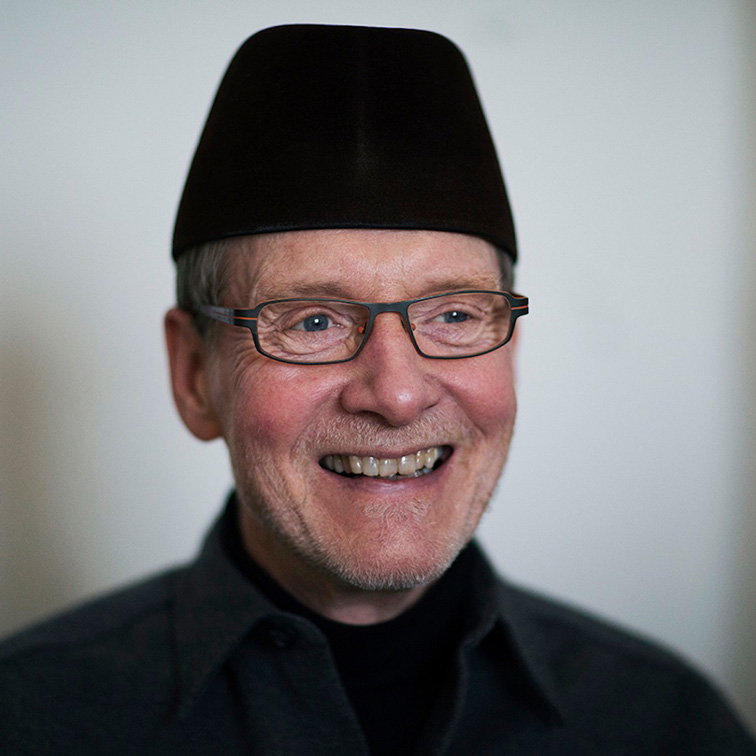 Works such as Field of Corn (with Osage Orange Trees) in Dublin, the Goodale Park Fountain, and In Principle & in Practice at the Ohio Judicial Center have gained Malcolm Cochran a well-deserved reputation as a sculptor to know in central Ohio and beyond.

But his accomplishments don’t stop there.

Cochran has created large-scale sculptures, installations and site-specific public art since the late 1970s; in 1987, he moved to Columbus to teach Foundation Studies and Sculpture at OSU, where he worked for 27 years. 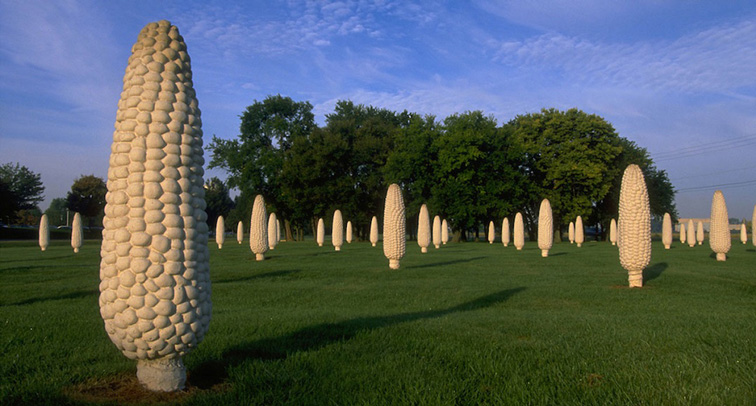 Field of Corn (With Osage Orange Trees) in Dublin. Photo courtesy of the artist.

“What happened for me, because I hadn’t taught right out of grad school, is that I knew a lot and had made a lot, but I needed to figure out how to codify what I knew. Being able to articulate and break down the things that I saw that were important to pass on to students meant that I was clarifying them for myself in a way that I wouldn’t have if I hadn’t been teaching,” Cochran said.

The member-supported, nonprofit ISC established the Outstanding Educator Award program in 1996; winners are tapped based on their career combining their personal artistic practice and measurable academic performance.

“I love teaching, but you never think of an award like this,” Cochran said. “One of the nicest things about it is that, while anybody can submit a nomination, in this case, it was done by a former undergraduate student of mine. I didn’t know he was doing it until I got a message from the ISC out of the blue.”

The nomination process required Cochran write about his teaching philosophy and seek out others to write letters in support. “The fact that the nomination came from a former student and that the people who wrote for me are all former students … when you write and say, ’Would you write a letter of recommendation?’ and they say, ’Absolutely, I can’t think of anybody who would deserve it more,’ that feels pretty good. It’s a validation,” he said.

Not that an award like that from ISC has been a driver for his work the classroom.

“I wanted to be a good teacher, but you can't walk into a classroom and think, ’Boy, if I'm really good today, I might get an award,’” Cochran said.

Ric Petry, Director of Graduate Studies, Master of Fine Arts, said he was pleased to hear about Cochran’s recognition.

“This is a very prestigious award for Malcolm and he deserves it,” Petry said.

“It’s been great to have Malcolm work with our MFA students. Malcolm always teaches with generosity coupled with intensity and rigor. He has the ability to meet students where they are and help them to be better artists no matter what the media. Students are always energized and producing better work after studio visits with Malcolm,” Petry added.

For the past three years, Cochran has worked with CCAD graduate students in sculpture and other media. Presently, he’s working with three such students, meeting with them and discussing their work with them several times during the semester.

“I think it's a good arrangement in terms of bringing an outside viewpoint and still being able to develop a rapport and communication that I hope is productive,” Cochran said.

According to an ISC news release, the 2017 program drew nominations from 32 institutions of higher learning spanning five countries.

“The unanimous vote for the selection of Malcolm Cochran as the award recipient from this large pool of applicants is a testament to the dedication and excellence demonstrated by this educator,” ISC said in announcing the award.

Malcolm Cochran will be the subject of a feature article in the October issue of ISC’s Sculpture magazine. Read more at sculpture.org.

Malcolm Cochran will discuss his work at a special event honoring him at CCAD on Nov. 3. Read more about the event here.