Something new in the window at Macy's 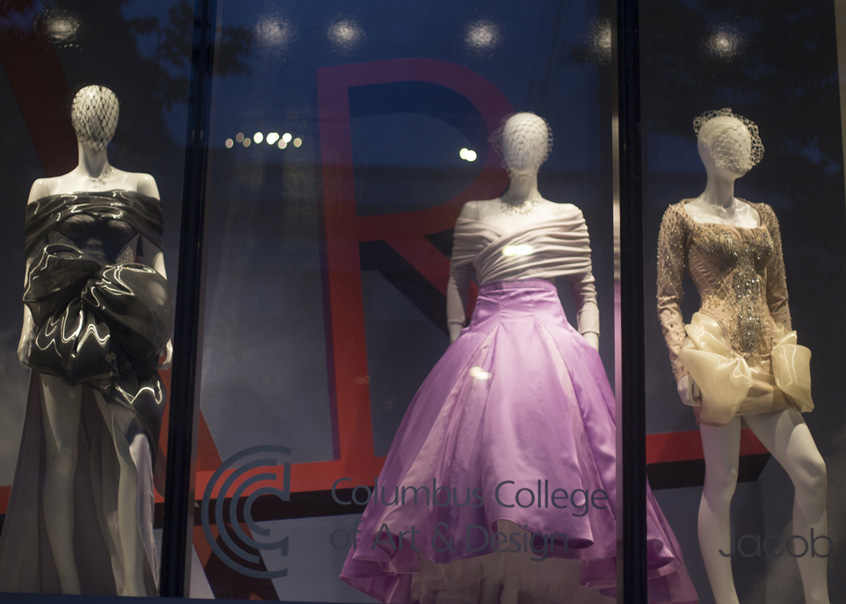 Seniors in the Fashion Design program at Columbus College of Art & Design are used to having their work on the runway in the annual Senior Fashion Show at CCAD.

But this year, some of their work is hitting a new venue: the window displays at Macy’s Easton Town Center.

A total of 18 designs created by six CCAD students (five of whom recently graduated) will be on display in store windows from July 11 through Aug. 11, 2016.

It’s the first time CCAD students’ work has been on display at the store, said Suzanne Cotton, Fashion Design chair at CCAD.

“It’s an honor to have Macy’s want to put your work in the window,” she said.

All of the pieces on display at Macy’s made their debut on the runway at the 2016 CCAD Senior Fashion Show on May 13, 2016. They include works by 2016 Fashion Design alumni Jacob Maitland, Lauren Metelitz, Erica Rodney, Chia Hsuan Wei and Sheri Wu and Joshlynn Suber, who will graduate from CCAD in December 2016.

Joshlynn said she's thrilled to have her work featured in such a big-name store.

“I think that it’s awesome, a dream come true,” she said.