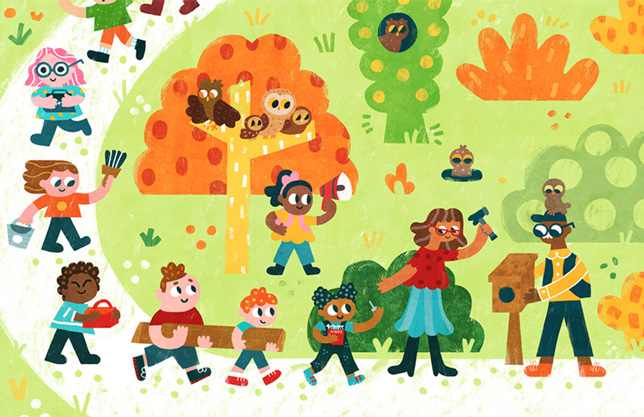 Columbus College of Art & Design’s Comics and Narrative Practice major will begin in the fall, but the college has a substantive history in the comics world, evidenced most recently by a piece in The Columbus Dispatch.

Lauren McCallister (Illustration, 2015) fell in love with comics at a young age, after diving into her dad’s old Archie comics, she told the Dispatch in advance of the Small Press & Alternative Comics Expo.

Since then, McCallister, one of the artists whose work was available at SPACE, has gone on to create mini-comics about her life, stories that she hopes to eventually turn into a graphic novel, she told the newspaper.

Cailey Tervo, another CCAD grad (Illustration, 2016) was also among those participating in SPACE.

She told the Dispatch that she wasn’t interested in comics until her junior year at the college; and in her senior, “she was paired with a professional writer from Marvel Comics to do some illustrations as part of a school project.”

Tervo, a designer for a children’s apparel company and a freelance illustrator, said now, “I consider comics a part of what I do.”