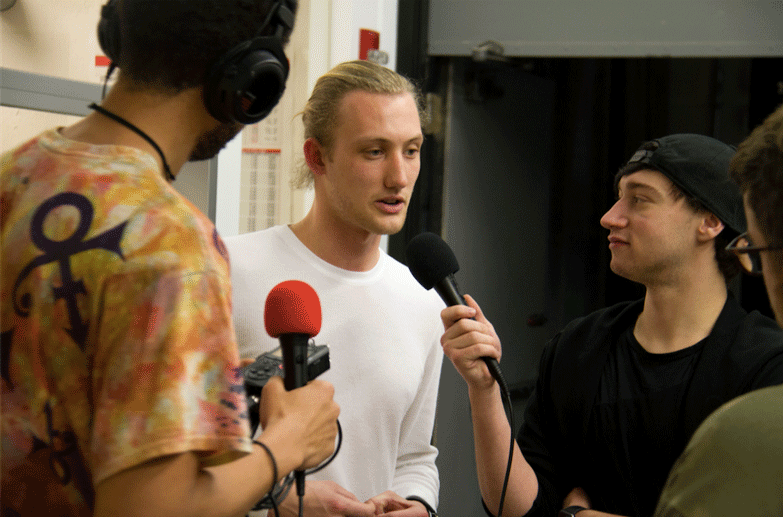 A Columbus College of Art & Design special topics course that began this semester presents students with a unique challenge: Tell a story visually — without using any visuals.

That feat is exactly what today’s most popular podcasts accomplish, and the new CCAD course, called Podcasting & Storytelling, teaches students the skills needed to conceive, produce, and publish one of their own.

“Storytelling through podcasting is a highly visual medium,” says Jordan Bell, assistant director of Career Services who also teaches the class. “When we listen to things like This American Life or Serial, the people telling us the story create a vision in our head of what is happening.”

Throughout the class, students dissect podcasts and radio programs to learn the techniques used to so effectively — and sometimes addictively — tell a story. It helps them examine how narration and music complement real interviews.

By the end of the semester, each student will present a podcast on a topic they have identified, researched, and produced. 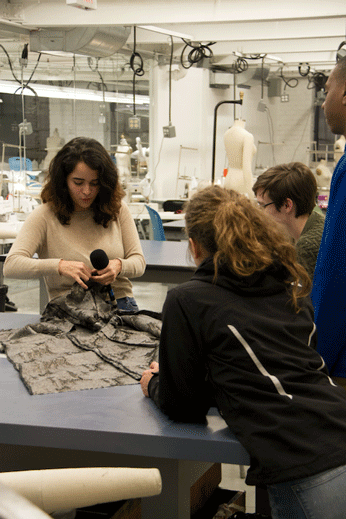 “Originally I didn't know a lot about podcasts, and I assumed they were boring,” admits Emma Byrnes (Advertising & Graphic Design, 2020). “But when I was told I'd learn to structure a story, I thought this would be an added bonus to my major. Learning communication skills and how to make it intriguing would advance my skills as a graphic communicator.”

Byrnes’s topic is about “body count,” which refers to a person’s number of sexual partners.

“I decided this would be an interesting topic because sex is so taboo, so anything taboo is always interesting,” Byrnes says. “I was curious to see if it was a huge deciding factor for picking a partner.”

But there’s an art to making even the most interesting topics podcast-friendly.

“Instead of visual elements, you are forced to illustrate using only words, sound effects and music,” Bell says. “This forces you to be purposeful with language, to take a stance, and construct a narrative for a purpose.” 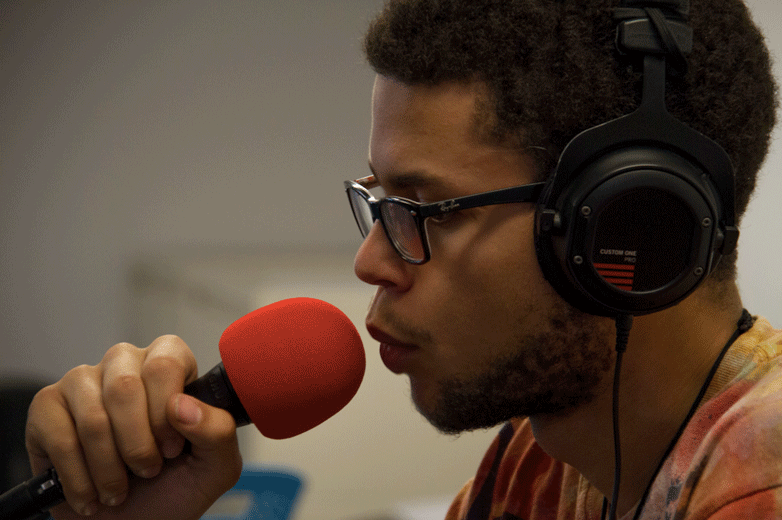 One student in the class, Haru Grundy (Illustration, 2018), was more familiar with the power of podcasting when he started the class. As a fan of Welcome to Night Vale, he wanted to learn to tell similar fantasy fiction stories. He’s found that the class’ lessons about persuasion, character, and mood development can translate to any medium or genre.

“I want to be able to tell stories that entertain people, or stories from voices we don't normally get to hear, through both my art and through any other medium I pursue,” Grundy says. “I am learning a lot about the dynamics of telling an engaging story without compromising the voice or the characteristics of the people I interview.”

After outlining their own podcast idea and tweaking the concept through class critiques, the students go out into the field and conduct interviews, learning how to gather facts that they will then organize in a way that’s informative, entertaining, or persuasive.

For his class assignment, Grundy interviewed people attending the anime convention Ohayocon in January and asked them, “What was your first Cosplay?” The course teaches the technical components for capturing and editing interviews like this and other audio from the field.

“My hope is that, through the work we do in our class, they’ll come out as better presenters,” Bell says. “For artists and designers, they are communicators at their core, and this taps into that process in the most literal way.” 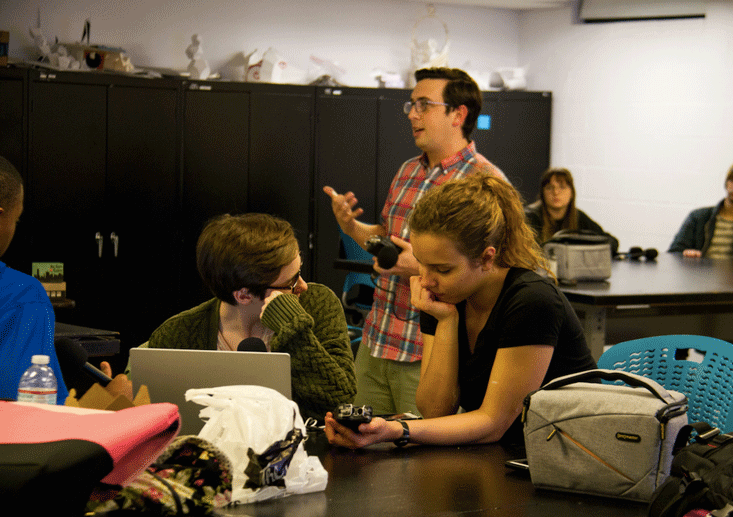 Indeed, the class’ emphasis on interacting with peers and the public delivered a personal lesson for Danny McCallum (Photography & Film and Video, 2018).

“It gave me some objective perspective on how my own natural conversation style had developed in a way that interrupts people,” he says. “I was not trying to rudely interrupt anyone or course, but my vocal affirmations ([like saying] mhmm, yeah, uh-huh) are not so conducive to a podcast format.”

By listening to his own interview style, McCallum learned to turn off this natural impulse and give nonverbal cues instead, like maintaining eye contact, nodding or smiling. It’s helped him get better responses to his interview question: What are you watching?

That lesson, as well as others from this course, will prove invaluable to his future film and video work, McCallum says.

“I’ll definitely include audio production design in some level of my work as my career expands, whether that be in conjunction with a video creation, a complement to still imagery, or as a standalone music or podcast production,” McCallum says. “Those technical skills will only continue to help me. But more critically, it’s the storytelling skills that we cultivate that I really think I will be able to succinctly translate into my visual production as I continue to grow.”