Who is Dangerdust? An exclusive

They’ve been popping up on campus all semester: intricately worked chalkboard messages with one signature, #dangerdust.

Dangerdust has captured the attention of students and taken social media by storm. I recently sat down with the artistic duo and; while I can’t name names, I did get a sense of who these artists are and what drives them.

They wish to remain unnamed (although they admit most of their friends and classmates know they’re behind the rogue art).

So, after being blindfolded, thrown into the back of a van, and driven around for more than an hour, I was finally invited into the top-secret inner sanctum of Dangerdust.

OK, that’s not exactly how it went down, but still, the duo is serious about keeping their late-night chalking escapades low-key, even as they were kind enough to talk to me about why they do what they do.

“It’s definitely a passion,” they agreed.

Both seniors in Advertising & Graphic Design, the two said it’s easy to get stuck in a rut when working on seemingly insurmountable class projects.

“When you’re working on long extended projects for graphic design classes it’s easy to…lose motivation,” they said. “I think we’re tired of the computer, and [chalking] gives us motivation.”

The two didn’t think anything would come of their experiment, but after the first few chalkboard masterpieces took off, one of their professors encouraged them to run with it.

The name Dangerdust didn’t come along until after the first chalkboard. They wanted the name to be a silly play on the idea that their work was vandalism, and Dangerdust seemed to fit the bill (though Dustlungs was a close second).

“I remember the first couple [chalkboards] we did, I didn’t think anything was going to happen, [but] people were like, ’Yeah, I’ve seen that on Instagram!’” they remembered. “We get so giddy over 10 likes on Instagram.”

The two complete each masterpiece in one fell swoop (which can take up to 11 hours), usually working on Sunday or Monday nights in a vacant classroom. They choose a quote from a list compiled from Google searches and suggestions from friends, draw up a rough sketch, and then get to work using regular chalk (usually from the dollar store, they joked).

Take a look at their work, and it’s easy to pick up on the duo’s love of typography.

“Every time we do it we try to make it look different from the last one,” they said. “We try to adopt the style of [whomever we’re quoting].”

Though the duo said they don’t do much planning ahead of time, the boards always seem to comment on something happening around them.

“A lot of it is coincidental because we’re going through everything that all the other students are going through, too,” they said. “We want to make it relatable for everyone as much as we can.”

As the semester comes to a close and the two look back on the nine boards they created, they said that the Peter Pan-inspired board featuring a quote by author J.M. Barrie has been their favorite, and for good reason. After the board had been up for a few days, they found a small note with a donation tucked into the 3D London skyline, thanking them for their art.

“That was really unexpected and fun. It made our day for sure,” they said.

So what’s up next?

Though the two will graduate in the spring, they’ve got a few things up their sleeve for next semester. Count on seeing more paper worked into their future masterpieces (Ã la the 3D London skyline in the J.M. Barrie, Peter Pan chalkboard).

“We have a lot of ideas for how we’re going to sign off [at the end of the year],” they said.

The Banksy quote that graced Dangerdust’s very first board seems to capture what the two mystery artists are all about.

“Speak softly,” the board read, “but carry a big can of paint” (or, in the case of Dangerdust, a big box of chalk from the dollar store). 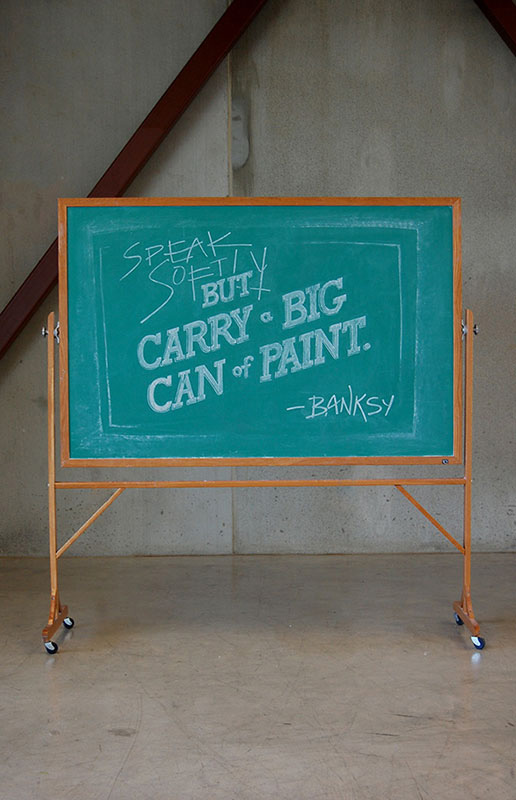 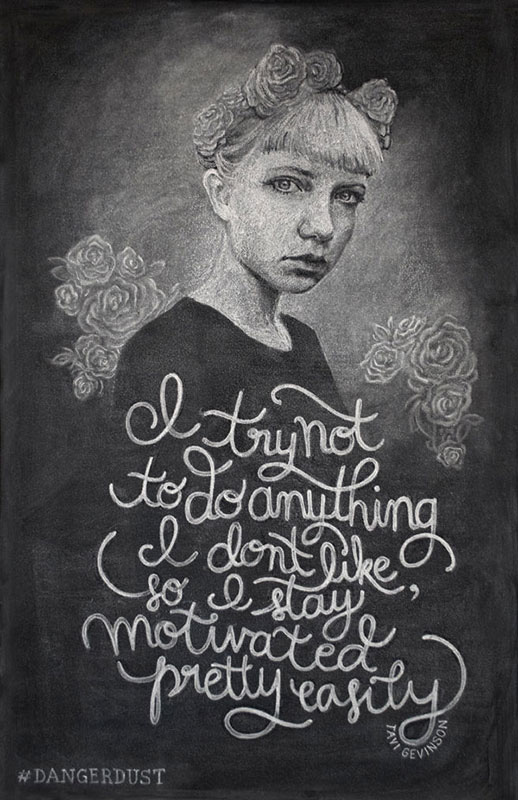 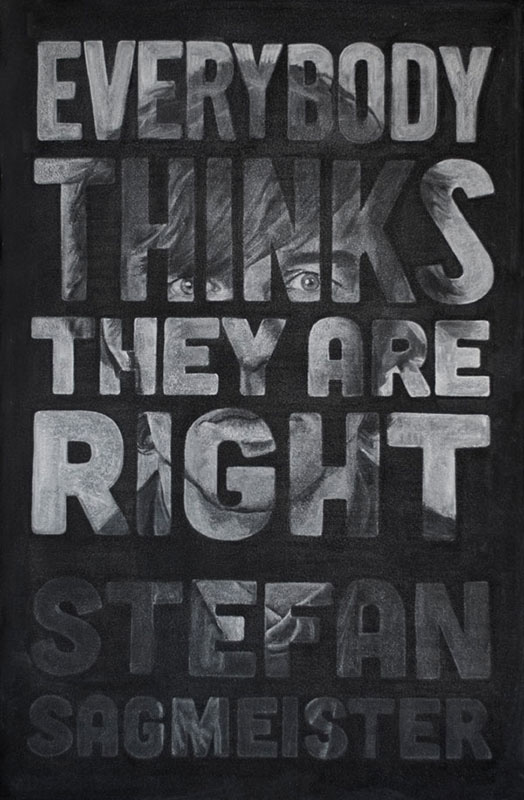 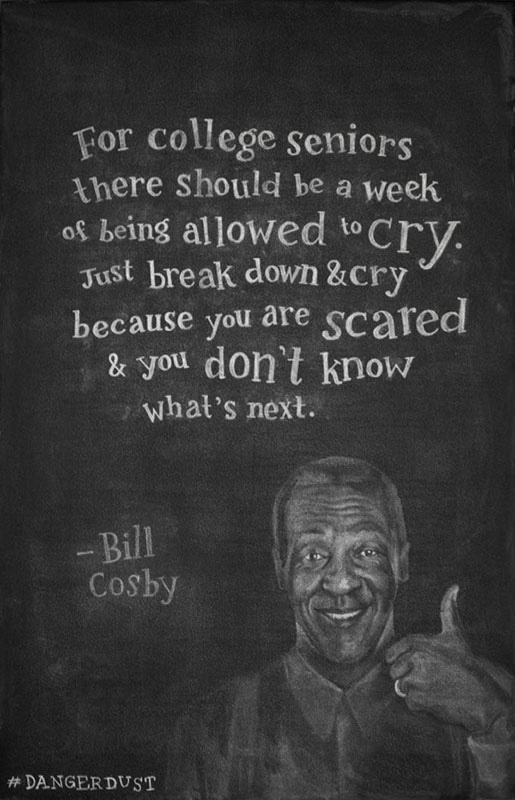 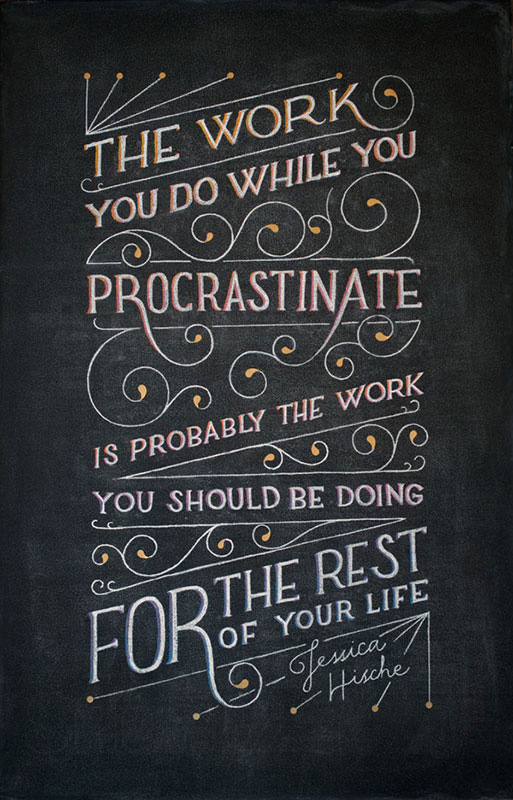 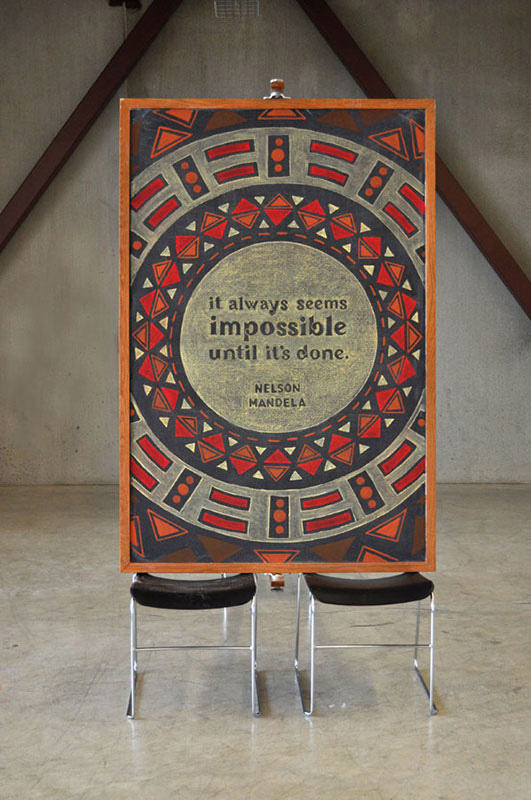 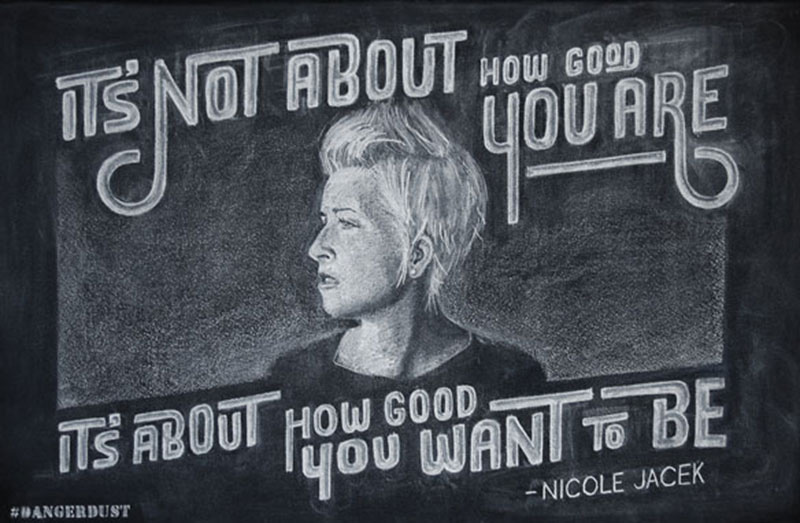 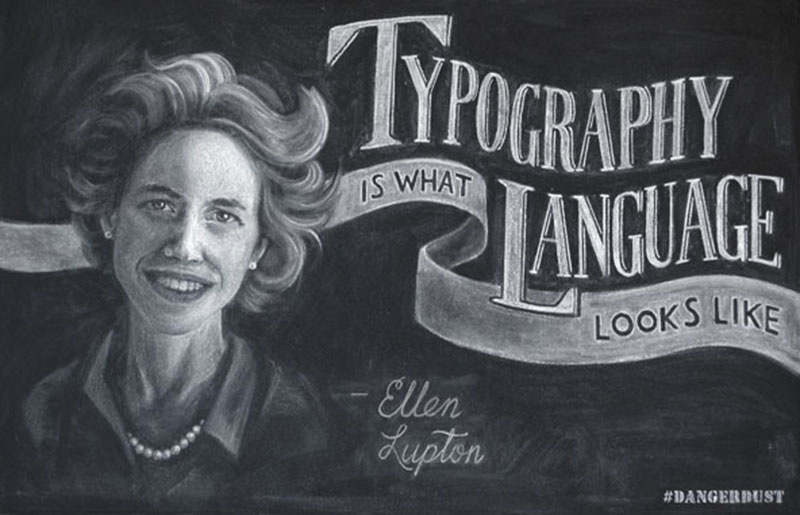 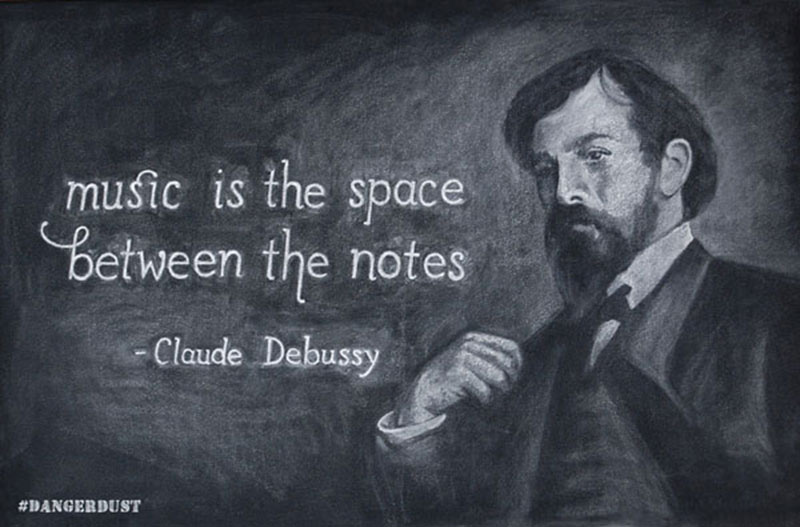