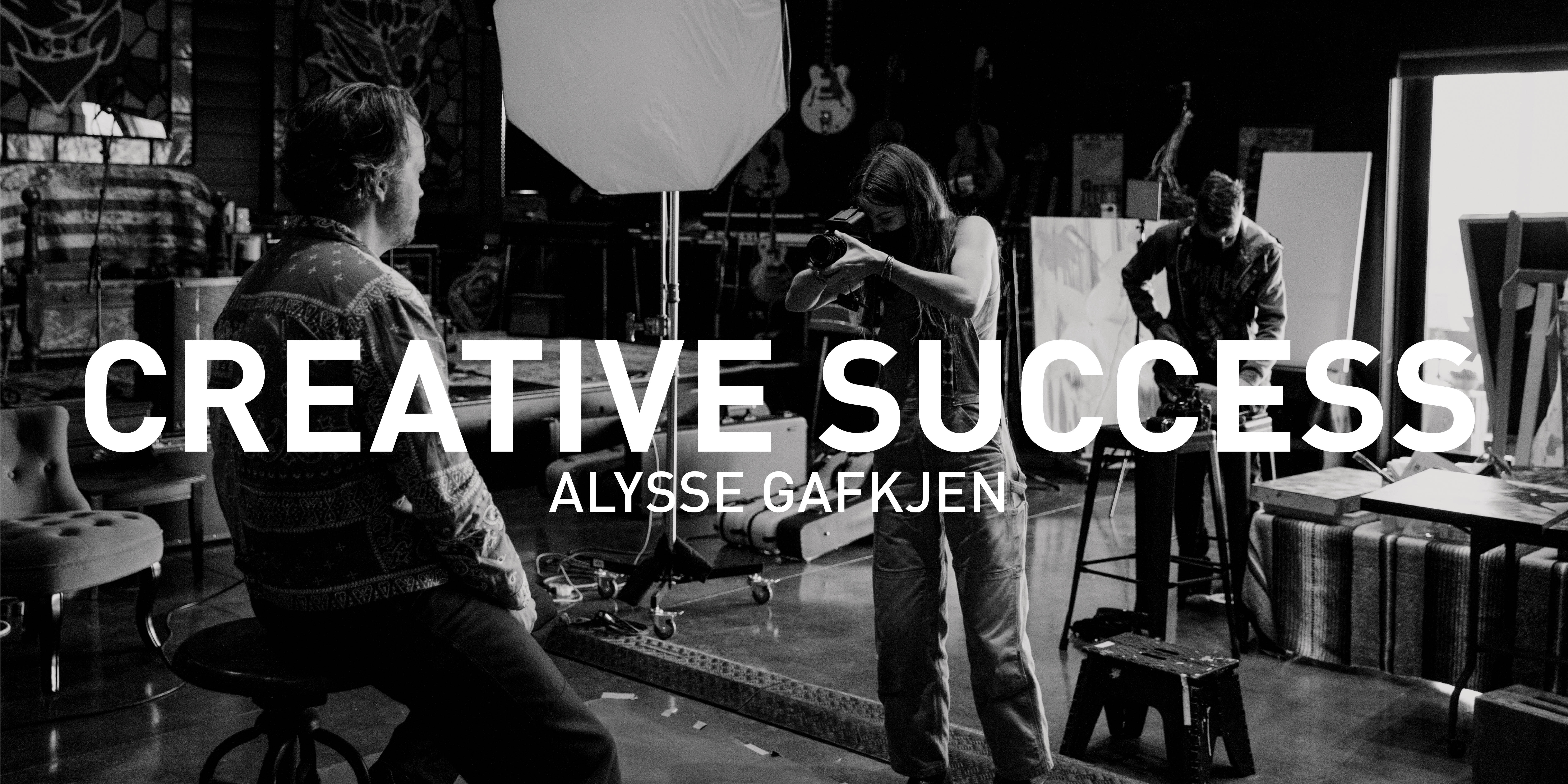 At Columbus College of Art & Design, emerging artists and designers find their voice, hone their craft, and learn to create with confidence. Via business classes, internships, real-world projects with community partners, and much more, CCAD students graduate with discipline and professional know-how, strengths that are invaluable in career success. This month we’re highlighting three creative success stories. CCAD grads share their career paths and tips for other creatives seeking professional success. Keep reading to learn about a photographer who has made a name for herself in the music industry.

The Black Keys, Kacey Musgraves, Lizzo, Alison Krauss, Jason Isbell. These are just some of the artists Nashville-based portrait photographer Alysse Gafkjen (Media Studies Still-Based, 2009) has worked with. Her portraits have been featured on album covers, in promotional art, and in publications such as Rolling Stone magazine and The New York Times.

Gafkjen was hired by Express as Assistant Art Director after members from the company met her during her senior exhibition at CCAD, but it was connections with fellow CCAD alums that soon thereafter got her hired to shoot for Rolling Stone. Gafkjen moved to New York City where she freelanced for the magazine when possible and assisted photographers and photo editors with an online fashion group.

“I knew I wanted to photograph musicians, and I was—and am—not a city girl,” Gafkjen says. “I knew some people in Nashville so I moved there on a whim.”

Eleven years later—with no agent—and with word-of-mouth as her self-marketing plan, Gafkjen is a rising star for bands and artists looking for album covers or other album art, publicity shoots, or candids. She’s known for her staging and for shooting in black and white.

“I’ve been very fortunate,” she says. “I mean, it wasn’t easy. I did the waitress thing while freelancing. I value my work ethic, although I do value sleep and exercise a lot, too.”

Designing, building, and painting her own backdrops and sets for shoots are skills she attributes to her stepfather, a contractor, and to her time at CCAD where she learned to draw and paint. But her love of music extends even further back than her love of photography.

“I always knew I wanted to photograph musicians,” Gafkjen says. “I grew up singing in church, show choir, and musicals. My family was musical. It just felt right and natural to surround myself with musicians.” Indeed, Gafkjen is now in the process of relocating part-time to San Antonio with her husband, a musician.

“While I was at CCAD, I told everyone I was a photographer—not ‘I want to be’ or I ‘was studying’ photography,” Gafkjen says. “I did other things, but people took it seriously. That bit of clarity got me a few jobs while I was still in school and carried through to my career.”

Her advice for other creatives? “Your character,” Gafkjen says. “Don’t lose it. That goes for any industry.”

Learn more about the Photography program at CCAD or apply here. Read about a graphic designer who turned his passion for print into a business venture here and a creative entrepreneur using her filmmaking acumen to tell medical clients’ stories here.

Are you a CCAD alum with a story to share? Get in touch.