From medical illustration to virtual reality, from user experience to art therapy, Columbus College of Art & Design alumni are using art and design to improve the healthcare industry. Keep reading for six stories about how CCAD alums are bringing their unique perspectives, creative solutions, and unparalleled drive to hospitals, therapy offices, and dental laboratories.

At Nationwide Children’s Hospital in Columbus, medical professionals undergo extensive training on what to do if a pediatric patient in crisis becomes agitated or escalated. Staff primarily rely on de-escalation strategies in these tense situations. Tensing Maa, MD, Medical Director of the Simulation Program at Nationwide Children’s, says she observed a gap between the classroom experience and actual experience.

In order to simulate the physiological sensations of a real crisis, and safely prepare staff to enter high-stress situations thoughtfully, calmly, and in tune with the child, they developed the idea for a virtual reality experience. The goal? Improve transfer of trained skills to the bedside, thus improving patient and employee safety.

Taylor Gandy (Animation, 2021) and Jenna Jewell (Animation, 2021) helped develop the VR training, which is expected to launch this spring. During an internship in the summer of 2021 they created 3D models, rigged them, and made character models. Interactive Digital Media Developer and Designer John Luna says Gandy and Jewell were focused, creative, and highly skillful. 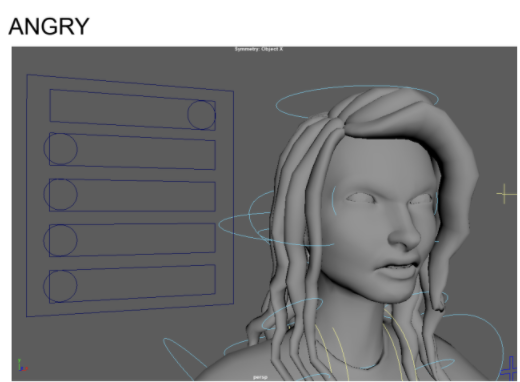 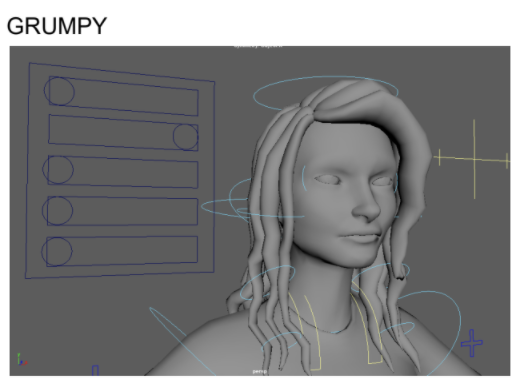 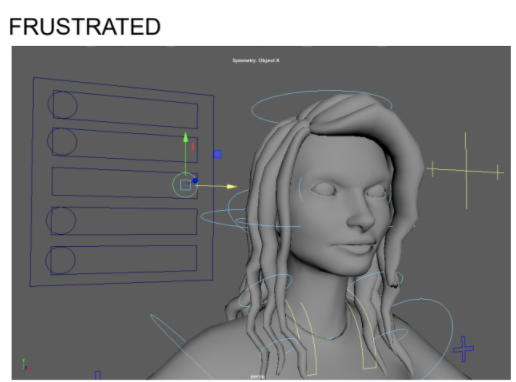 “They knew the software inside and out and even brought new knowledge to our team,” says Luna. “Beyond the technical and creative requirements of the internship, they also volunteered to play the role of patients in the filmed portion of the project.”

Gandy says the internship was eye-opening.

“I learned that art is truly everywhere,” says Gandy. “Each company you come across very likely has their own art department, and with that opportunity is born.”

Like many CCAD graduates, Jeremy Rosario (Advertising & Graphic Design, 2000) began working in the healthcare industry after a more traditional design path that included retail and agency work. He’s always chasing the idea of how to use creative work to heal people, and recently started a new role as Vice President and Associate Creative Director with FCB Health, a New York City-based creative collective that designs campaigns for consumers, patients, and healthcare professionals.

“There are so many avenues within art that you’re able to bring your experiences answering these big problems happening in the world,” Rosario says.

Before starting at FCB, Rosario spent time doing freelance work, including working with his 15-year-old daughter Ella on illustrations for an alphabet book about developing a positive mindset. He’s passionate about using creativity, design, illustration, and writing to help those struggling with mental health issues.

At FCB, Rosario is working on an initiative to bring awareness of suicide among physicians in the U.S.  And he and his wife Debra Rosario (Illustration, 1994) also are working on a series of murals for The Ohio State University’s new Center of Psychiatry and Resilience that celebrate the way mental health professionals can help people learn to soar again.

Art therapist Daniel Blausey’s (Illustration, 1985) work centers on using creativity to help those struggling with mental health problems. Blausey first read about the field of art therapy in the late 1970s in a booklet of art careers supplied by his Oak Harbor, Ohio art teacher. When he finally got the chance to take an art therapy class as an upperclassman  at CCAD, he knew it was what he wanted to do with his life. But the experience was so powerful, he realized he needed to seek therapy for himself first before he could eventually train to be an art therapist, so that’s what he did.

After graduating from CCAD, Blausey worked in advertising before earning his master’s degree in art therapy from New York University. At the creative arts therapy practice he founded, the Manhattan-based Studio Blue, Blausey works with clients from a wide range of cultural and professional  backgrounds, often people of color or those who identify as part of the LGBTQ+ community, who are looking for something beyond talk therapy to help process trauma and life transitions. His clients sometimes create artwork in sessions, while sometimes sessions are strictly psychotherapy.

Blausey says his background in art and foundational education gave him an understanding of how people can communicate through art materials. His work in art therapy is not so much about teaching art but simply making the right materials—whether pastels, watercolors, charcoal, or something else—accessible to his clients to better access emotional understanding.

“It’s never me looking at the art and diagnosing it or making any sort of assessment,” Blausey explains. “It’s about what it means to the client and what it represents. Some of the most powerful pieces are of stick figures. Valuing that kind of art and understanding the communication that can happen through it is something you can learn through being exposed to art history.”

Blausey’s own artwork has been inspired by his work in psychotherapy, as well. His series Darkness, Whimsy, and Pain (DPW) explored his response to the therapy work he was doing with clients and features raw emotions, body distortions, and isolation in the human experience to expose strength, vulnerability, and an alternative sensation of beauty.

Mandy Root-Thompson (Illustration, 1991) worked as an illustrator at an advertising agency before they had children and went back to school to get a master’s degree in medical illustration. Through their company MedDraw Studio, which specializes in using illustration to convey complex information, they often work with surgeons who are developing new surgical techniques or technology.

“Artists can bring in a new way of looking at things,” Root-Thompson says. “My job is to help people to visually communicate their ideas. Sometimes someone will write a 15-page paper to explain something and I can show the same thing in two illustrations.”

One of their favorite projects was working with Dr. Marc Levitt, then a Nationwide Children’s Hospital physician, on a new procedure for urogenital reconstruction on infants born with cloacal malformations. (Children’s treats more patients with the condition than any other program in the U.S.) Using sketches they made while viewing the procedure in the operating room, Root-Thompson was able to put together illustrations that Dr. Levitt still uses to teach other surgeons.

Root-Thompson is also a member of CCAD’s adjunct faculty, teaching Intro to Biomedical Illustration and Natural Science Illustration. They love that medical illustration work is often educational in nature, which lets her put her teaching experience to good use.

Anthony Omogrosso (Fine Arts, 1999) is one of approximately 15 CCAD alumni currently working full-time at OhioHealth, where he serves as a senior user experience designer for the healthcare system. His UX work seeks out and finds solutions to problems that patients are having, then testing prototypes and finished products.

After years of working at ad agencies, Omogrosso was drawn to work in the healthcare industry because he wanted to work on design with substance—to do some good and help people with real-life problems. And he got the opportunity to do just that right after starting his position, just before COVID-19 hit.

“People in the hospital on their deathbed couldn’t have connection with their families,” Omogrosso says. “There were a lot of people dying alone. One of my first projects was an iPad application that would allow COVID-19 patients to connect with their family via Zoom. It was a quick and dirty solution, but it was enough to allow some people to get some of that closure.”

More recently he’s been working on a solution that allows people to self-schedule video visits with their doctors, a significant demand during the pandemic. The interface was first rolled out at OhioHealth for urgent care appointments and then expanded to accommodate primary care scheduling—an example of how UX designers look to build solutions that can be scalable and reused.

When Omogrosso studied at CCAD 20 years ago, UX design did not exist. But he still carries with him lessons he learned during his time as a student.

“A lot of the value I bring to employers is I can get things done very quickly, and have it be of some quality, and that all comes back from CCAD,” Omogrosso says.

Lonni Thompson, CDT, certainly understands the unique benefits art students bring to their work. That’s why, during the the 42 years she’s been in business, she’s hired dozens of CCAD grads to work at Image Gallery, her Dublin-based boutique dental laboratory, where staff members—Thompson calls them “dental artisans”— utilize CAD/CAM, Milling and 3D printing to create models for crowns, bridges, and other high-end cosmetic dental restorations and implants.

Thompson had taken a few coloring and drawing courses at CCAD after she graduated from The Ohio State University.  When she started having trouble finding prospective employees from dental schools, she decided to post ads around CCAD’s campus.

“If you get the right person, they just excel,” says Thompson, who loves working in the dental industry because the technology and procedures evolve constantly. “The thought process that CCAD allows the students to have, means they attack a problem much differently than other people would.”