Meet a CCAD grad bringing The Mandalorian to life

Brian Matyas (Illustration, 2007) has the role of a lifetime: He’s Senior Character and Costume Concept Designer at Lucasfilm, where he works on the hit TV show The Mandalorian, part of the Star Wars universe airing on Disney+. It’s the latest in his impressive career in the entertainment industry, which has ranged from working on video games and films to projects such as the Galaxy’s Edge theme park. But before all that, Matyas was a Columbus College of Art & Design student. We spoke with Matyas to learn about how a connection made in a CCAD classroom helped launch his career, one of his favorite parts of his job, and his advice for current students. Keep reading for the first in our three-part series. Brian Matyas was a senior CCAD Illustration student still trying to decide whether he wanted to go into the toy industry, video games, or film production when he made a life-changing connection during a class taught by (now Professor Emeritus) Stewart McKissick. McKissick brought in a friend—an experienced and lauded matte painter in the film industry named Mark Sullivan—who did a demo for the class, and, at the end, hosted a portfolio review.

“I got to show him my portfolio, and he said he was working for this new company under Doug Chiang,” says Matyas. “Doug Chiang is the reason that the (Star Wars) prequels look the way they did. He was the visual development lead on that. I thought, ‘Well, that sounds exciting.’”

Sullivan liked Matyas’ portfolio, and Matyas asked him how he, as a student, could get his foot in the door. “The film industry is so elusive,” Matyas says. “There's a hierarchy to it, a progression. I was like, ‘I don't care. Whatever it takes, I'll start from the bottom and go up,’ because I was a student. I didn't know anything really. I emailed Doug, and Mark sent him my stuff in tandem.”

At first, the connection didn’t go anywhere—Sullivan told Chiang that Matyas was looking for a position as a concept artist, and Chiang said there weren’t any positions open. But Matyas took the initiative, telling Chiang he’d be in the Bay Area for another job interview and that he’d love to meet him. When Chiang discovered that the interview was for a production assistant role, he offered Matyas the same position with his company.

“I saw the studio and decided to go with them,” says Matyas. Chiang’s company at the time, Image Movers, was doing interesting things with motion capture tech, plus, “there were a lot of artists there that I looked up to, and I saw it as an opportunity to continue to learn and grow my skills in a professional capacity,” he says. And learn and grow he did.

Like many people his age, Matyas grew up with Star Wars woven into the fabric of his childhood. He remembers once, when he was a kid, his parents traveled to purchase a rare Boba Fett figurine for him as he recovered from a surgery. “It felt very special,” he says. Now, as an adult, Matyas has seen characters he developed made into pricey Hot Toys collector figurines that sell for hundreds, sometimes thousands, of dollars.

“That’s one of the coolest things for me,” Matyas says. “From someone who considered going into that industry and is kind of missing that component of having something tangible, seeing it realized in a Hot Toys 12-inch or 6-inch figure, being able to hold something that you’ve helped design, that’s been really cool.”

As cool as that is, Matyas is quick to say that the fundamentals he learned at CCAD contributed to where he is today. For example, as a young person, all he wanted to do was draw fantasy and science fiction characters, but the CCAD curriculum required that he master the basics of art and design before exploring genre work. That included a class that he “hated,” one that required students to create “perfect,” hand-drafted typography. “We would get knocked an entire letter grade if we were off just a little bit,” he says.

“But that skillset helped me so much in ways I didn’t realize at the time,” he continues, comparing it to the Karate Kid’s famous “wax on, wax off” scene in which learning and discipline come through seemingly mundane tasks. And while he might not be hand-drafting type today, classes such as that one left a permanent impression on his work ethic, which benefits him to this day. 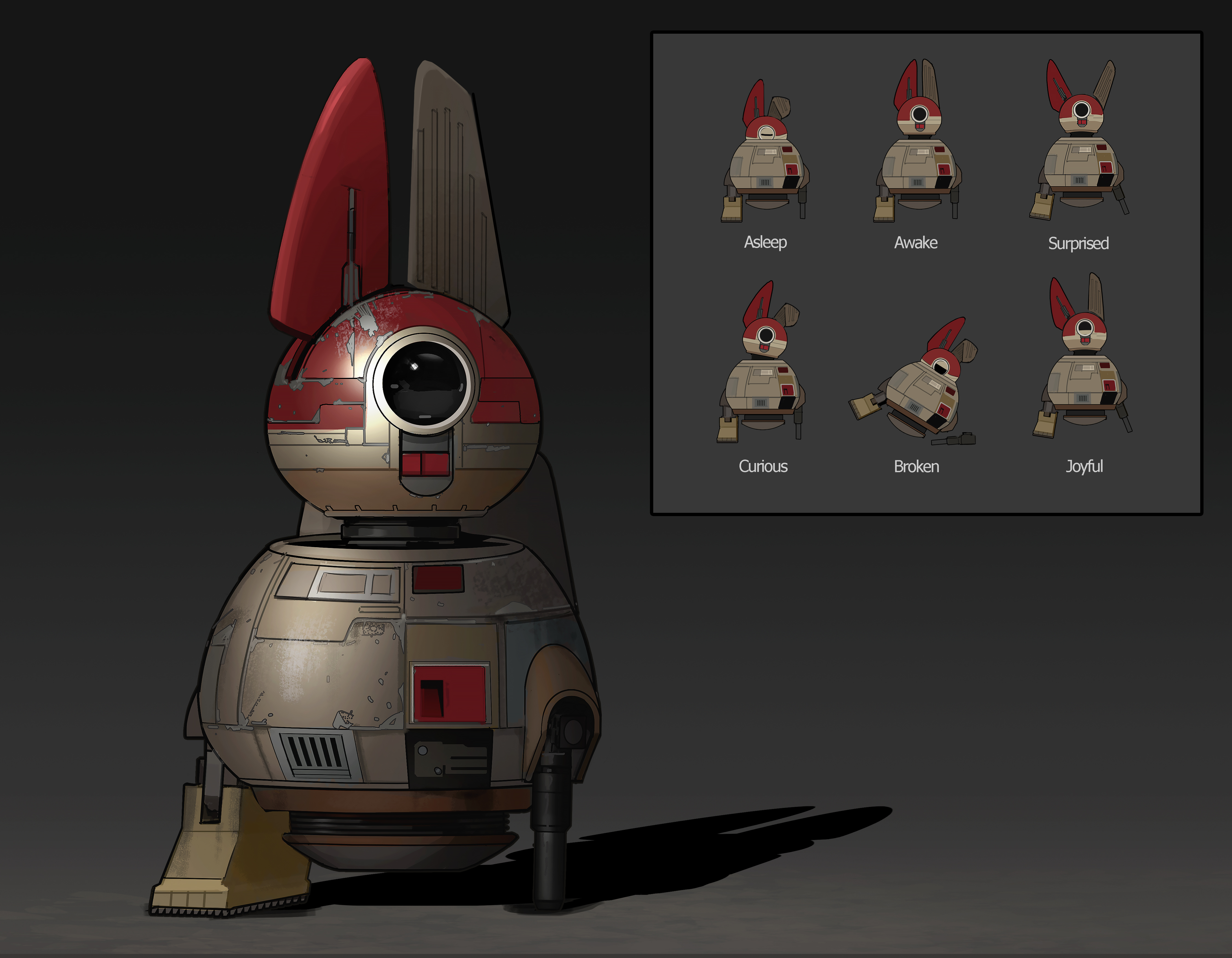 “I know you want to jump right into the cool, fun subject matter, but the backbone of a good designer is being able to design anything,” Matyas says. Think of illustration like architecture, he continues. “With any pretty building, you want to have a nice foundation. If you stripped away the architectural design of a building down to the rebar in concrete, it’s really ugly. It’s not pretty, but it’s so important to hold everything together.”

And we can’t wait to see what Matyas builds next.

Learn more about CCAD’s Illustration program or apply here. See more of Brian Matyas’ work by following him on Instagram and Twitter.

Want to read more about Matyas? Check out Chapter 2 and Chapter 3 of our series.