Advice to emerging artists from a Mandalorian designer (and CCAD alum) 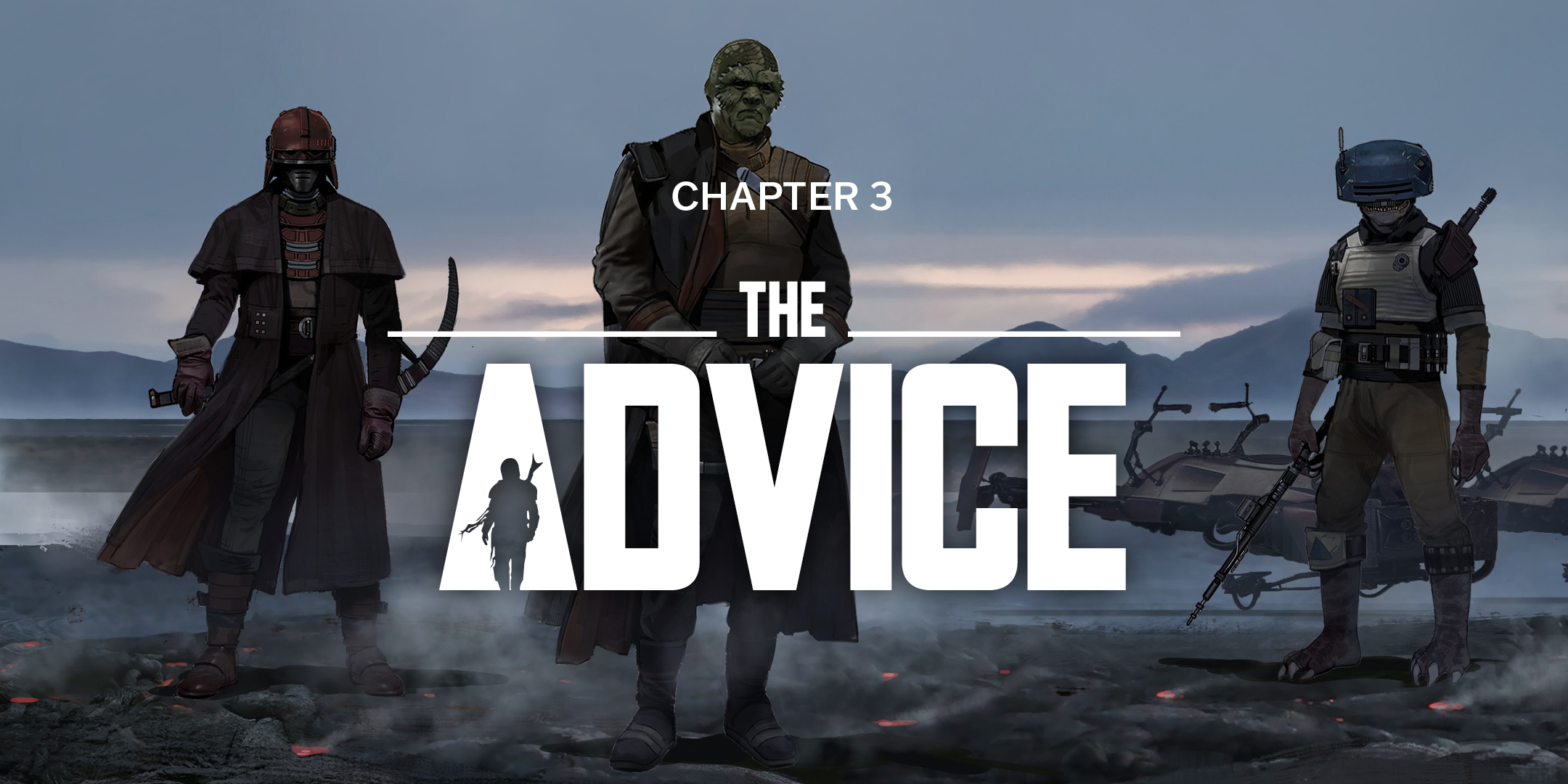 Brian Matyas (Illustration, 2007) has the role of a lifetime: He’s Senior Character and Costume Concept Designer at Lucasfilm, where he works on the hit TV show The Mandalorian, part of the Star Wars universe airing on Disney+. It’s the latest in his impressive career in the entertainment industry, which has ranged from working on video games and films to projects such as the Galaxy’s Edge theme park. But before all that, Matyas was a Columbus College of Art & Design student. We spoke with Matyas to learn his advice for the next generation of artists and designers and what the professional future holds for him. Keep reading for the final in our three-part series. Need to catch up? Reach Chapter 1 and Chapter 2.

At a time when technology has increased most people’s access and exposure to art, there can be a sort of sameness to individuals’ work, Brian Matyas says. “I can see that happening on platforms like ArtStation,” he says. “If you go and scroll down, you can see a kind of similarity, that everyone’s feeding off of another.”

While that sort of inspiration isn’t without its benefits, finding success requires developing your own voice, he says. “For me working on Star Wars’ (The Mandalorian), it wasn’t Star Wars-type work that got me hired, it was my ability to communicate design in a way that Doug Chiang (Vice President and Executive Creative Director of Lucasfilm) could understand and see that I could take a property like Star Wars and be able to run with it.”

Social media can feel intensely overwhelming and intimidating, especially for young people and those trying to break into creative industries. Matyas advises emerging artists to stay steady and not be overwhelmed by others’ work or successes. “Don’t get discouraged. Focus on design, and focus on trying to grow your knowledge,” he says.

Matyas recalls that, about halfway through his junior year at CCAD, he realized he should approach his school assignments as not only homework, but also as the basis of his resume and professional portfolio. “I started working on a body of work that would get me hired,” he says. That included teaming up with some friends who shared his love for video games to create a website built around their interest in creating concept art.

“That would be a suggestion,” Matyas says. “Even though all of your homework has the purpose of you learning and growing your knowledge and abilities as an artist, there shouldn’t be any confinement to how you utilize those skills that your instructors are trying to teach you. You can implement those in a wider range than you might think, and that might be beneficial to your interests.”

And one more piece of advice for emerging artists or designers: “As a student or a recent graduate, seek out and contact professionals—in a polite way,” Matyas says. “They’re busy, obviously, but sometimes you might get lucky with the timing of their schedules and you might get a mentorship. I think professional mentorships are the next step beyond your art education in a college capacity. … I kind of got that with (concept artist) Dermot Power. I really liked his work and he taught me some better, more efficient methods of designing in Photoshop.”

Making time for self care and personal creative practice

As to Matyas’ professional future—and any Star Wars spoilers—well, we’re just going to have to be patient for season three, coming in 2022. “I wish I could say (what’s in store), but I can’t,” he says. “I can only say that I’m very busy on a lot of different things.”

And in the midst of all that busyness, Matyas tries to eke out time for personal creative practice and to keep himself in shape physically. After all, back pain, repetitive injuries, eyestrain and the like are common in his industry, says Matyas, and are sometimes permanent problems.

“I’m a big advocate for having hobbies that are not art-related, something that is maybe not sedentary,” he says. (He’s someone after our own Healthy Creativity-loving hearts.) He enjoys hiking with his wife and dog, exploring car culture—especially vintage automobiles—and drumming, even though, he admits, “I’m not good at it. I’m not good at any of these things, really, I just like doing them.”

To that end, Matyas undertook a big, novel project at the start of the COVID-19 pandemic as a response to the physical demands of his work: he built a climbing wall in his backyard. There, he can practice bouldering (that is, rock-climbing with minimal accessories). Hands are valuable to an artist, and climbing might not seem like a natural fit, Matyas acknowledges, but the practice can help with repetitive strain injuries and also build hand and arm strength. “I’m an avid climber. … The reason I like it is that it’s a creative exercise. It’s sort of like a Tetris game you do with your body, you have to figure things out,” he says.

And while we try to figure out what’s next for The Mandalorian, we feel good knowing it’s in capable hands with Matyas.