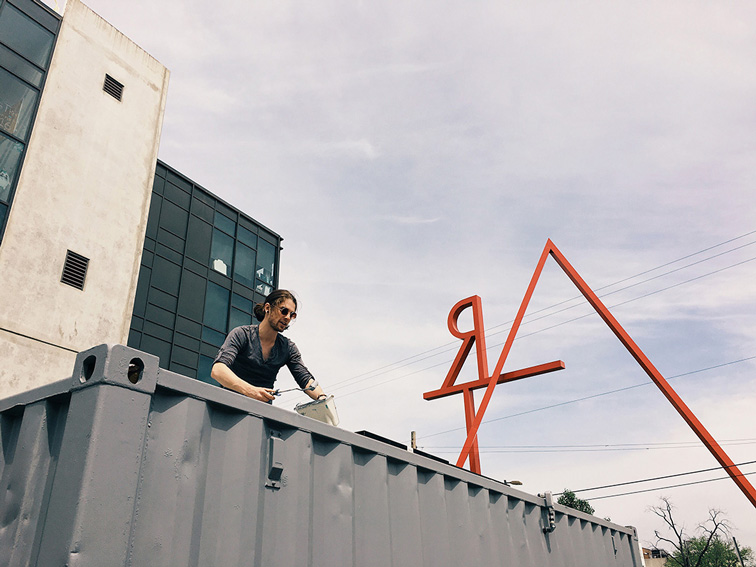 So, Katz set out to turn a shipping container into a customizable tiny home — all before his 22nd birthday.

The end result is a 160-square foot fully furnished unit that will be unveiled on Wednesday, May 10, 2017, at Chroma: Best of CCAD, a free annual event that showcases top student work across the public.

In addition to serving as his senior thesis project, the tiny home doubles as a prototype for a business that Katz plans to launch called Katz Box.

“I want to be someone who creates large disruptive change for positive good,” Katz said. “I didn’t want to just create one tiny house. I wanted to create a tiny house for everyone.”

Katz’s plan is for each home to be highly customizable — allowing people to easily tack on additions and make changes in the home’s footprint — so that the homes can grow to fit the needs of their owners.

Katz, an Industrial Design major and Interior Design minor at CCAD, has impressed faculty at the college, including Tom Gattis, Dean of CCAD’s School of Design Arts.

“Millennials and Gen Z think differently about home ownership. They want to be more mobile, and Toby has tapped into that movement,” Gattis said. “Plus, it’s impressive that he chose to design and build a tiny house for his senior project.”

Katz’s professors weren’t the only people impressed by his work. Companies from Ohio-based Airstream to Australia-based Lev Tec donated everything from the appliances and kitchen sink to tools to help him lay tile. Overall, he secured more than $25,000 in donations, from the shipping container down to the screws.

Katz, who grew up in Pickerington, Ohio, just outside of Columbus, came to CCAD, initially thinking he’d study jewelry. But his interest in mass production and design instead led him to industrial design and eventually the tiny home he’s creating.

“I’ve learned a lot here,” Katz said. “It’s given me the opportunity to work at the industry-level. And I don’t think any other school besides CCAD would have given me that.” 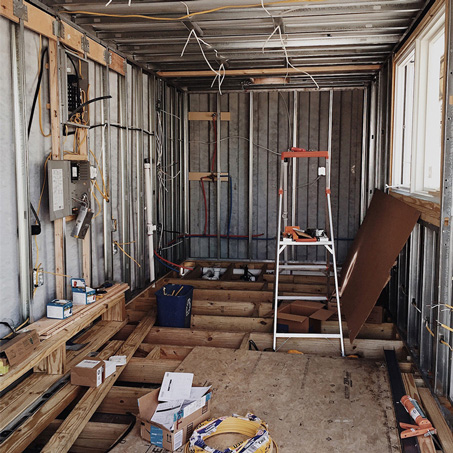 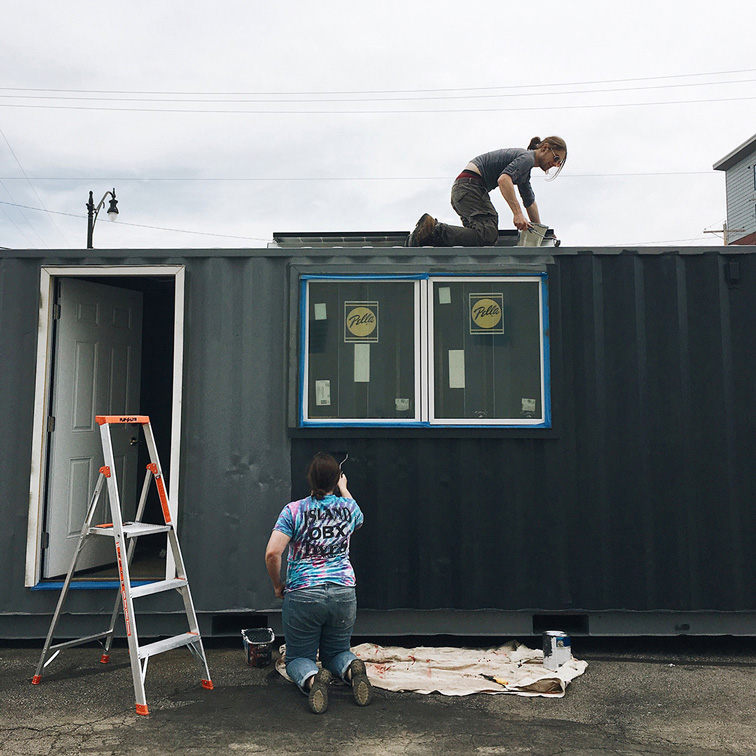 Follow Katz's progress on Instagram. And come see the unveiling of Katz's tiny home at Chroma: Best of CCAD on Wednesday, May 10, from 5 to 9 p.m. at CCAD. The free annual campus-wide event showcases the best of CCAD’s artists and designers across all majors. For more information, visit ccad.edu/chroma.