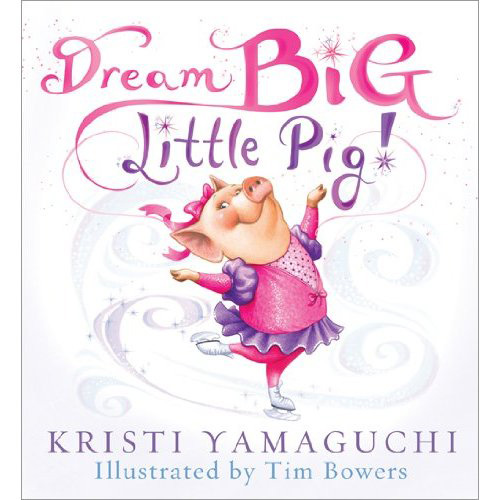 Dream Big, Little Pig, tells the story of how Poppy the big-dreaming pig accomplishes her dreams of becoming a ballerina, singer, and supermodel—even though people keep telling her no.

Bowers is the owner of Bowers Studios and has illustrated more than 20 children’s books. His books have received such honors and awards as a Chicago Book Clinic Honor Book, a Child Magazine Top Pick selection, the Children's Reading Round Table of Chicago Honors Award and several Children's Choice Awards. More recently, Bowers received the Child Magazine Best Children's Book Award and several of his books have been chosen as Junior Library Guild selections.

Dream Big, Little Pig is published by Sourcebooks Jabberwocky and will be released in March, 2011. Pre-order the book through Amazon using this link.