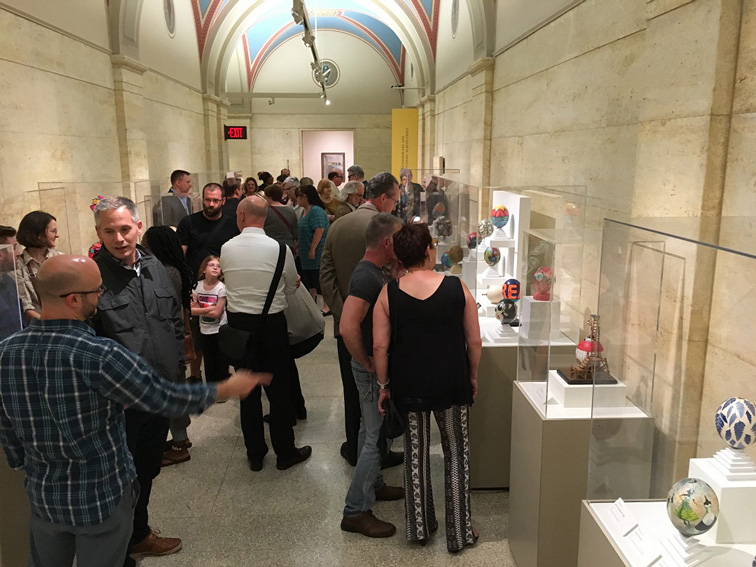 For years, Chuck Bluestone had a germ of an idea: a fascination with the simple beauty of eggs, and an interest in how that might be translated into works of art.

A quarter-century after his first glimpse through a neighbor’s window (and at a display of ostrich eggs), Columbus College of Art & Design family members helped the attorney and Ohio Art League trustee realize his vision in the exhibition Art 360°: Contemporary Art Hatching Across Ohio, on view at the Springfield Museum of Art through Sunday, March 18, 2018.

That’s not the end to the CCAD connections.

The exhibition’s printed catalogue was designed and produced by 2017 Advertising & Graphic Design grads Sierra Clark and Joseph Van Hove (each of whom received $1,000 scholarships from Bluestone for their efforts). Clark also managed the project’s social media until she graduated.