Each year Columbus College of Art & Design recognizes outstanding alumni who, since graduating from CCAD, have gone on to shape culture and commerce, thrive in their chosen industries, build businesses, and give back to their communities and the world. Six alumni were chosen to be celebrated at the 2021 Alumni Awards held Nov. 4, 2021. Keep reading to meet this year’s honorees and their advice for current students and recent alumni. 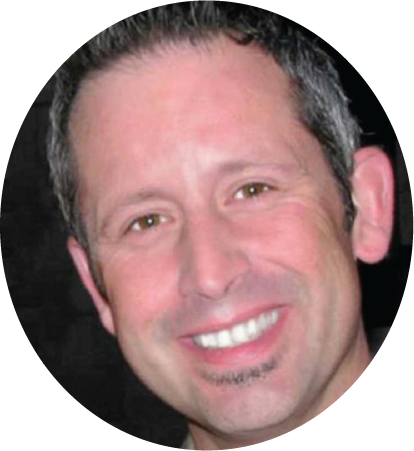 Wachtel teaches architecture and product innovation design at Adolfo Camarillo High School in Camarillo, California. He was a 2019 winner of the Harbor Freight Tools for Schools Teaching Excellence Prize. Wachtel, teaching after a 30-year career in the toy industry, is the former president of the Southern California Toy Association, a published author of two books on toys, and has been a toy and product designer/director at companies such as Marvel. Wachtel also taught design at the college level at Massachusetts Institute of Technology, Pratt Institute, Parsons School of Design, and Otis College of Art and Design for more than 20 years. Learn more about him at coroflot.com/kidtoyology.

On the CCAD educators who inspired him
“I have some many great memories of the people and teachers,” Wachtel says. “Richard Aschenbrand, James Orr, and Mark Hazlerig stand out as teachers who really drove home the creative work effort and what it takes to succeed. They were direct, driven, funny, and real working professionals. I took those experiences, and put it into my design thinking and teaching to share.”

His biggest piece of advice
“My dad once told me that there is always someone bigger, faster, and stronger than you. But not all at the same time. So try your best in everything you do and you will come out ahead, because in the end the race is with yourself.”

Santillan spent more than two decades honing her craft and has been published nationally and internationally. In 2005 she and her husband moved to North Carolina to work for a local newspaper. Santillan operates a newborn photography studio and volunteers for several organizations locally and globally. For the past 11 years she has partnered with nonprofits and NGOs around the world to document their work and help to tell their stories in an effort to gain them support. Santillan is passionate about spreading awareness about bringing aid to women and children being rescued from poverty and trafficking worldwide. Learn more at rachaelsantillan.com.

On the biggest lessons learned while at CCAD
“I don't think I would be the artist/photographer I am today without my education from CCAD,” Santillan says. “I learned so much about color and design and how to apply that to my photography. I learned how to look at light as well as the absence of it. My teachers were tough, but I needed that. I needed the critiques that only made me work harder. It helped me to make work that today I can be proud of and that my clients are looking for.”

Advice for students and recent alumni
“Do not expect work to fall in your lap. Keep creating and keep seeking out venues and clients for your work. Nothing worth having is easy to obtain. Don't give up!” 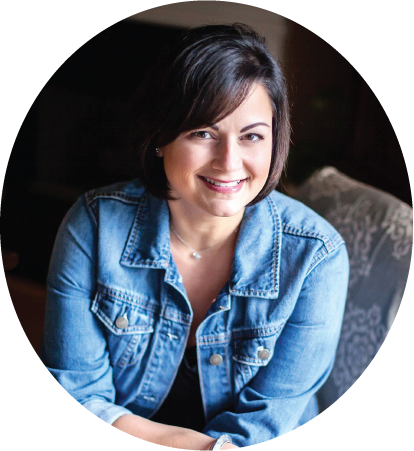 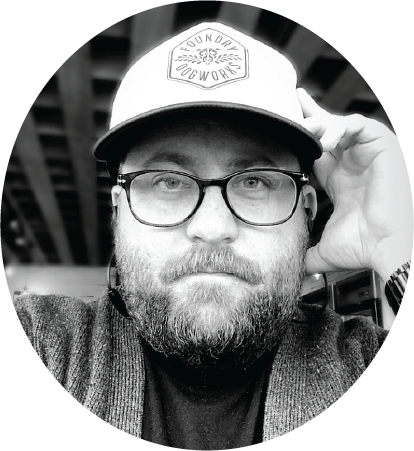 Ulichney’s clients include Netflix, Procreate, Marvel, Riot Games, Fantastic Beasts, Wired, ImagineFX, and 3D Total. His MaxPacks Procreate brushes are popular worldwide by professionals and beginners alike. Ulichney spent 15 years in commercial visual effects and animation, working as a supervisor and art director and commercial director. His MaxPacks business began as a side venture but quickly grew into a more flexible primary job, which has in turn allowed him to pursue a wider variety of jobs including art magazine guest articles and publishing, video content, freelance character design, and illustration. Learn more about him at maxulichney.com.

On being awarded this honor
“Of course it's a pleasure to make my alma mater proud,” says Ulichney. “When going to CCAD it was hard to picture what my career would look like. It's funny looking back now, because I never would have guessed where I'd be now as an artist and entrepreneur with an unusual but very enjoyable and varied career. That's reward enough for me, but it's gratifying to be recognized by the school that made it possible.”

Advice for recent alumni
“I struggled after graduation to find a consistent relationship with my personal work while I was focused on building a career. Years later I had to rebuild a routine and carve out time for myself to grow and figure out who I was outside of a staff design job. What helped me break out of the cycle of feeling rusty and getting frustrated was that I prioritized and scheduled frequent low-pressure work. It was more important to simply sit down and sketch anything without regard to quality. Over time I built up a natural habit and my style developed quickly from there.”

Price received her MFA in Print Media from Cranbrook Academy of Art, and her BFA in Fine Art from Columbus College of Art & Design. Her work explores the complex relationship between individuals and the subconscious existence of neoliberalism through online social structures and media distribution. She combines cultural imagery, such as internet memes and late 90s cartoons, along with humorous exclamations of complicity and frustration, to create works that stylistically blend two and three dimensionality into painting and relief wall sculptures. In 2020, Kilee founded Stone House Art Gallery (SHAG), an independent space for emerging artists, where she curates one show per month by artists of various disciplines from across the U.S. SHAG operates on the far west side of Charlotte in a repurposed garage in the Price family’s backyard. Prior to founding SHAG, Kilee worked at the Cranbrook Art Museum, The Mint Museum, and The Bechtler Museum of Modern Art. Kilee returned to Charlotte in 2018, where she has taught at Rowan-Cabarrus Community College and University of North Carolina Charlotte, and is a collective member at Goodyear Arts. Learn more at kileeprice.com.

On receiving this award
“Being nominated for an Alumni Award means that someone thinks I'm really doing something,” Price says. “I immediately went to grad school after graduating from CCAD, and even after obtaining my master's, I often felt like I wasn't doing enough with my art degree. I think young people, especially artists during this time, feel like they're never doing enough. We often over-work ourselves in an attempt to obtain some form of confirmation from some ambiguous higher being, and I'm 100% guilty of this. To be nominated for my work with SHAG and my artwork is a really nice piece of validation that people care about small art galleries and paintings about memes. It pushes me to do more and to continue to uplift the artists I show at my gallery and beyond. It pushes me to make more artwork and continue to reach further with the audiences it touches.”

Words of wisdom for current students
“Learn as much as you can about other artists. Go to every lecture that you can, even if it's boring-- you'll learn what you like and don't like, things you want to try, and things you want to stay away from. Go to every art show that you can and look at as much art in person that you can. Follow your favorite artists and galleries on social media. Reach out to people you want to form connections with--even a simple DM or email to tell someone you like their work can form a new relationship, and is a friendly act of kindness. Share other's artwork. Uplifting others is a great way to show that you dig what they're doing, and allow new audiences to experience their work too. Learn to say no. Take a three-day vacation to the mountains whenever you can. Live más everyday.” 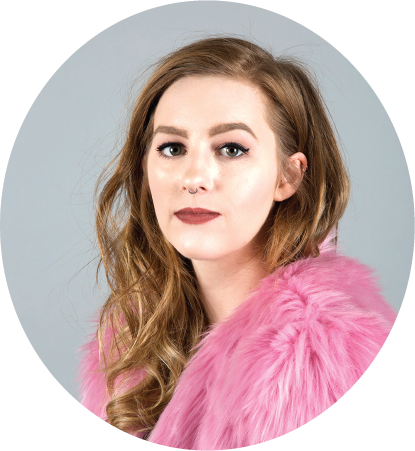 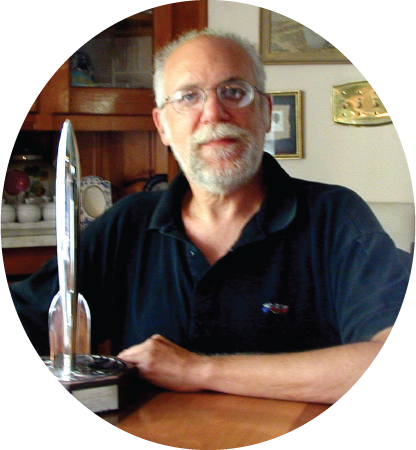 Miller has a prolific career illustrating worlds, fictional and real, for such entities as NASA, the United States Postal Service, and the Smithsonian Air & Space Museum; such publications as National Geographic, Air & Space, and Scientific American; and such creatives as David Lynch (Dune) and David Cronenberg (for whom he created concept art for Cronenberg’s unrealized version of Total Recall). After graduating from CCAD, Miller worked for commercial art studios in Columbus and then moved to Washington, D.C. where he became staff artist for the National Air and Space Museum's planetarium. In 1997 Miller became a freelancer, specializing in scientific illustration, especially astronomy, as well as science fiction and fantasy. In addition to providing art for acclaimed national and international publications he also writes and illustrates his own books. Miller has received numerous awards throughout his career, including the Lucien Rudaux Memorial Award for Lifetime Achievement in Astronomical Art. Learn more at black-cat-studios.com.

“I once went mushroom-picking in an Icelandic forest with Alexei Leonov, the first man to walk in space,” Miller says. “I designed a set of solar system postage stamps. The Pluto stamp was attached to the New Horizons spacecraft that flew by Pluto. The stamp is now in the Guinness Book of World Records as having traveled further than any other stamp in history.”

Reflecting on his years at CCAD
“I still employ, 45 years later, things I learned at CCAD,” Miller says. “I think one of the advantages I had at the time I attended the school was a result of its small size—there was no hard line drawn between disciplines. I might have majored in Illustration, but it was impossible to not have friends who were in Industrial Design or Advertising and to know what they were doing. There was a sort of osmosis where everyone seemed to know a little about what everyone was working on. I didn't realize it at the time, of course, but this blurring of classes turned out to be really beneficial. I wound up knowing a little bit about every major.”

Weeks is an eclectic and vibrant designer who brings intense passion to every project she pursues. Understanding the need for more purposeful and relatable design, Weeks has shown a particular interest in projects aimed toward the greater good. She is the partner and art director at FRINGE22, a design and creative strategy studio with the passion for social impact serving clients like ViacomCBS, We Make the Future race class narrative campaign, Women for Women France, and the Women's Fund of Central Ohio. Prior to committing to her entrepreneurial journey, Weeks’ career has ranged from senior web designer at Lane Bryant to senior graphic designer at PNM, a boutique agency specializing in political strategy and design. Weeks takes a sincere approach when using her experience as an Arab-American to encourage the support of stronger communities by organizing fundraisers for art programs, joining the Creative Babes’ board as an advisor, serving on the Riverview International Center Board of Directors, and advocating for a more inclusive world. Learn more at fringe22.com.

On her work to help humanity and build bridges
“As many times I was told no at CCAD, there were far more times where I was encouraged to move forward because of the injustices and prejudices that I witnessed or experienced everyday. I was determined to make my work focused on how I can help humanity and build bridges where division thrived. My thesis project, Multitude: An Exploration of Us, was the experience that bridged many gaps with collaborating with multiple majors, telling stories that were not represented, and sharing my vision with the CCAD community and the world.”

Best advice for students and alumni
“Always seek mentors at all levels of your career,” Weeks says. “Mentors are the best way to learn, network, and gain opportunities for growth.”​​​​​​ 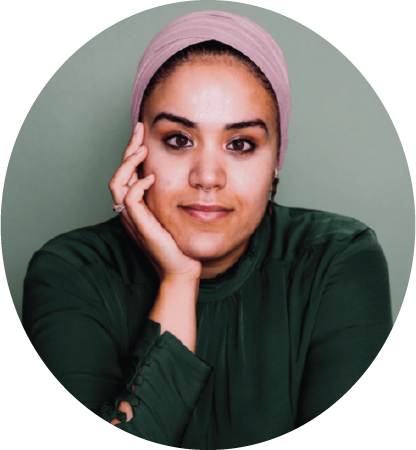