After four years at a STEM-oriented high school, coming to Columbus College of Art & Design was a breath of fresh air for Lemuel Worrell (Cinematic Arts, 2019).

“I was a creative person, and academic school was never my forte,” he said. “It was a whole new world coming here. ... I finally found all these other creative people that exist in the world.”

Science, technology, engineering, and math were at the center of Worrell's schooling for years, but his parents didn't hesitate when it came to him attending an art and design college.

His mom, Sadie, was a former opera singer who left the field to start a family; Worrell, the youngest of three, grew up singing and playing music. His sister Krystal, 24, is a performer in the Broadway touring production of The Lion King. (His eldest sister, Leilani, 25, is a teacher.)

“When (Krystal) went to school for theater and I saw my mom was super supportive of that, I was like, ’OK, maybe I can go to school for film,’” he said. “Both of my parents are very supportive of my decision. They are excited and they love when I show them my videos.”

Cinematic Arts was a natural fit for Worrell, who found comfort in movies during his turbulent teens. Still, it wasn’t until he started an internship at Grace & Peace Productions in high school that he realized film could be a career. He assisted with interviews and setting up the cameras. “And then I learned that, ’Oh, this is actually fun to do!’ It was very hectic and busy work, but it’s so much fun to do,” he said.

Moreover, “the things that movies did for me, I want to do, through movies, for someone else. Doing the internship definitely helped me realize that,” he said.

Worrell received his first video camera as a high school graduation gift. Although he learned some on his own, he was “still a little bit lost,” he said. “Then I got to school and I was finally able to know how to use the camera. So that was when I first started making films, my freshman year here.”

At CCAD, Worrell found the tools he needed to be a filmmaker, from technique to film history — not to mention physical items like tripods and sound equipment here for the borrowing. “It’s all available to me,” he said.

Worrell’s creative pursuits also include making music. He raps in the group Plus with longtime friend Evan Kovach (Cinematic Arts, 2019) and is planning a solo project under the name Soblue (for his love of the color). 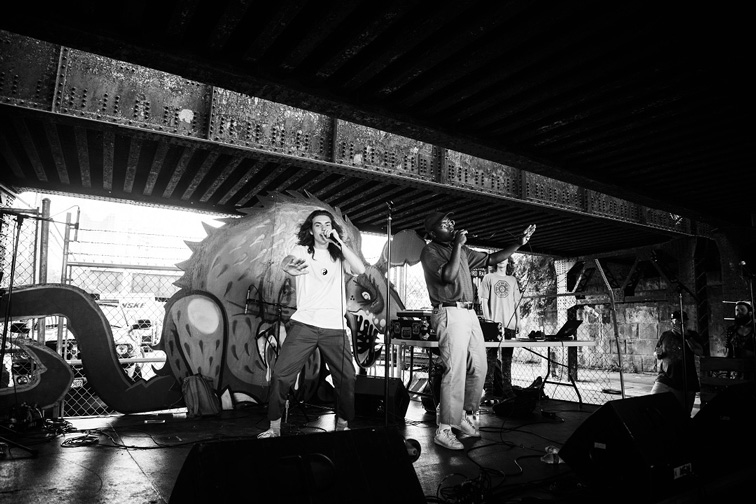 “Music doesn’t necessarily do the same thing that film does. Film lets me go into a new world. Music lets me be in my world and helps me understand it or create an emotion I didn’t think I had. … It’s like a healing tool,” he said.

Worrell wants to pursue filmmaking — directing, scoring, and editing films and music videos — and also wants to continue to make music. He’s also interested in starting a clothing company (with a focus on making properly fitting pants), and, when he gets older, would like to open a tea shop. (His tea of choice at the moment is blueberry and white elderflower.)

Worrell is a resident assistant in Schottenstein Residence Hall and works in CCAD’s Supply Store. Between classwork, employment, and music, his is a busy schedule, but Worrell said he wouldn’t have it any other way.

“People say you cannot do all of these things at once, but wait, what if I could? … I get angsty when someone says I can’t do something,” he said.

Movies are a refuge and a place of exploration for Lemuel Worrell (Cinematic Arts, 2019), who loves consuming and creating films and music videos.

High school, he said, “was not the hottest place, and what I would do sometimes is I would just go home and watch movie on movie, like, endlessly, and there were some that stuck out for me: Terrence Malick’s Tree of Life, 500 Days of Summer, Interstellar— all of those types of movies really really got to my heart. “I was like, woah this is so interesting that somebody is creating this new world and showing it to you, and you get to be a part of it, in way, by just watching it happen. A lot of the reasons why I was emotionally OK at the end of high school was due to movies.”

And films are still a source of comfort for Worrell, who plans on pursuing filmmaking as a career after he graduates Columbus College of Art & Design.

“If I’m having a really bad day, I’m like, ’let me just sit down and watch a movie.’ It’s a really nice tactic that I have to let my emotions just go into something else completely,” he said.

“The best way to describe the films I like are that they are Terrence Malik films or films like that. … I guess you could say I’m into melodramas, films that really talk about relationships — not just romantic relationships, but relationships between fathers, sons, mothers, and daughters. ... A theme I always want in my films is love. I feel like that’s something that’s been shown to me throughout my life, and it’s something I want to endlessly show,” Worrell said.

Below, he talks more about some of the films that have been particularly meaningful in his life.

This movie encompassed all of my nostalgia as I was a kid living in a small town in Tennessee, as well as my first existential thoughts that pertained to human emotion in scale to the entire universe.

When I first saw this movie, I was going through my first breakup. It allowed me to dive into my emotions, but also come right back up from them. It will forever be my breakup film.

I was going through another breakup when I saw this movie and I believe it perfectly touches on the grittier and unspoken part of some relationships. Which we have all thought about in a relationship.

This is just an incredible space exploration movie packed with emotion — so you know I was first in line to see it.

The Place Beyond the Pines (Derek Cianfrance)

The Place Beyond the Pines takes you into a completely different world from yours probably, and is able to make you relate — and for people like me — even cry.

Lem's Life in a Week: A Spotify Playlist from Lemuel Worrell

One of the first projects Lemuel Worrell (Cinematic Arts, 2019) took on as a Columbus College of Art & Design student was a short video called Human Interaction, created for his Intro to Cinematic Arts class, using a mobile device.

Worrell paired his own spoken-word work about the nature and value of relationships — “I believe that interaction is beautiful and we should all take a part in it because the possibilities are endless. The ugly ones, but the beautiful ones as well — and that’s enough for me” — with a video montage, backed by a favorite musical composition, “Arvo Part - Fratres (For Violin and Piano)” by Vadim Gluzman and Angela Yoffe.

“Human Interaction is about human interaction — so, love, happiness, hatred, and sadness. But it’s really me talking about us coming together in a super poetic way. Because that what’s important to me, that we communicate with people and make as many connections as much as possible," he said. 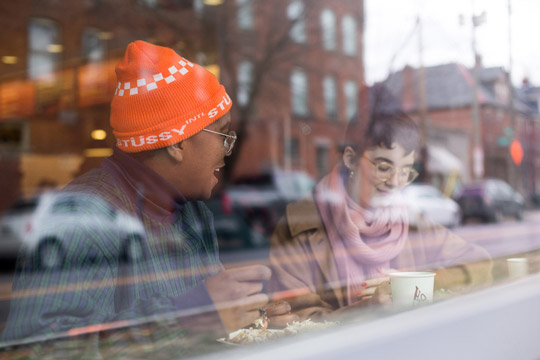 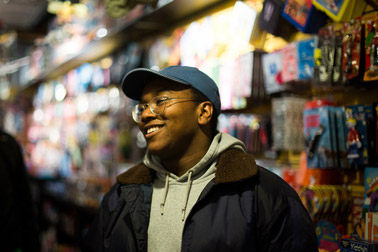 The work received a strong reception from viewers.

“I guess it’s because I put all my emotion in it,” said Worrell. “People were really excited about it and that felt nice. I tried not to let that make me cocky. Just because they enjoyed it, I thought ’OK, how can I push this further? What’s the next step? What’s the next beautiful film I have to make?’ I always tell myself, ’OK, that was cool but it wasn’t good enough,’ so that I can keep building. It’s also helpful to have friends like (longtime friend and musical collaborator) Evan Kovach (Cinematic Arts, 2019), who are super strict with what makes a good piece of music or film, always pushing it to the next level. I need that in my life,” Worrell said.